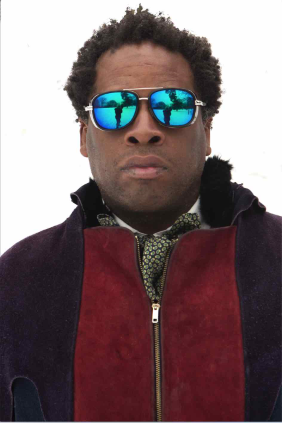 NYC-based avant-pop artist Micah Gaugh has announced that he will be releasing a new album ‘Stars Are a Harem’ on May 12. Ahead of that, he presents the first single from this album. ‘Remembering’ is a minimalistic, tranquil and spacious ballad resting on an underlying bed of jazz.

‘Stars are a Harem’ is a modern day response to Miles Davis ‘Kind of Blue’, where the music is steeped in the avant-garde tradition while being accessible to the public ear thanks to “pop” recording techniques and a softening of the harsh sounds associated with the 1960s avant-garde amidst American jazz music. In 1994, Micah Gaugh coined the phrase “avant-pop” to refer to music that sounds quite like pop music, but the underlying creation of the music, chords, rhythms, words, etc. are more complex than the normal methods used to create popular music.

The result is that listeners are virtually transported to the “cool jazz” of the 1950s, but a deeper listen shows the words are a modern version of Cole Porter’s witty romance writing or songs popularized by Billy Holiday and Betty Carter. Inspired by Debussy, Micah Gaugh understands that the subtleties of improvised music can make as strong an impact as the frenetic tones of the avant-garde. The songs on this album are portraits about women – while not completely romantic, each composition is the soundtrack to a mind-painting focused on an experience with an individual woman.

This 13-song collection was recorded in Harlem. This process is very singular for each musician. This intimacy can be heard with each player having a different and isolated relationship to the sounds. Simplicity and sincerity, heartfelt and distinctive, with delightfully crafted lyrics. The album’s hallmark is meditative ballads and fragile intimate ruminations. Rhizomatic, dendritic, reaching for new ways of listening to the familiar, always open. Then there is the extreme, noisy, double-sax dissonance, alternative intonations. This is an inside/outside sound of dissidence or even rebellion, in its soft and inviting beauty, the “power of love overcoming the love of power”.

Born in Panama, Micah Gaugh spent most of his adult life in the East Village, New York, leading him to many adventures through music and visual art. Other members of Micah Gaugh’s band are Kevin Shea, Henry Schroy and Leon Gruenbaum.

Micah acted in the season five premiere of ‘Sex in the City’ and the play ‘American Book of the Dead’. He also composed the score for the ballet ‘Highrise’ and for the musical version of ‘Sweet Sweetbacks Badass Song’ with Melvin Van Peebles.

His previous albums include ‘Everything’ (2006), ‘The Blue Fairy Mermaid Princess’ (2013), and ‘Pessego do Verao’ (2016). He has written two operas: ‘Dr. Faustus Lights the Lights’ and a piece for the artist Rirkrit Taravanija featured in ‘il Postino di Tiempo’. He composed the music for and acted in the Matthew Barney film ‘Di Lama Lamina’ and engaged in the ‘Noise Mass’ choral work, commissioned by the Chiesa Rosa in Milan.

Micah also paints and writes novels. His artwork has been exhibited in galleries across the USA and as far away as Brazil, France, Japan and the UK.

‘Stars Are a Harem’ is available for pre-order on Sê-lo Records’ Bandcamp, where ‘Remembering’ is already streaming. The album includes a 14-page music booklet “13 piano pieces for children – Stars Are a Harem (Micah Gaugh)”, as well as a 13 piano song suite midi file for those wishing to remix, sample and loop.