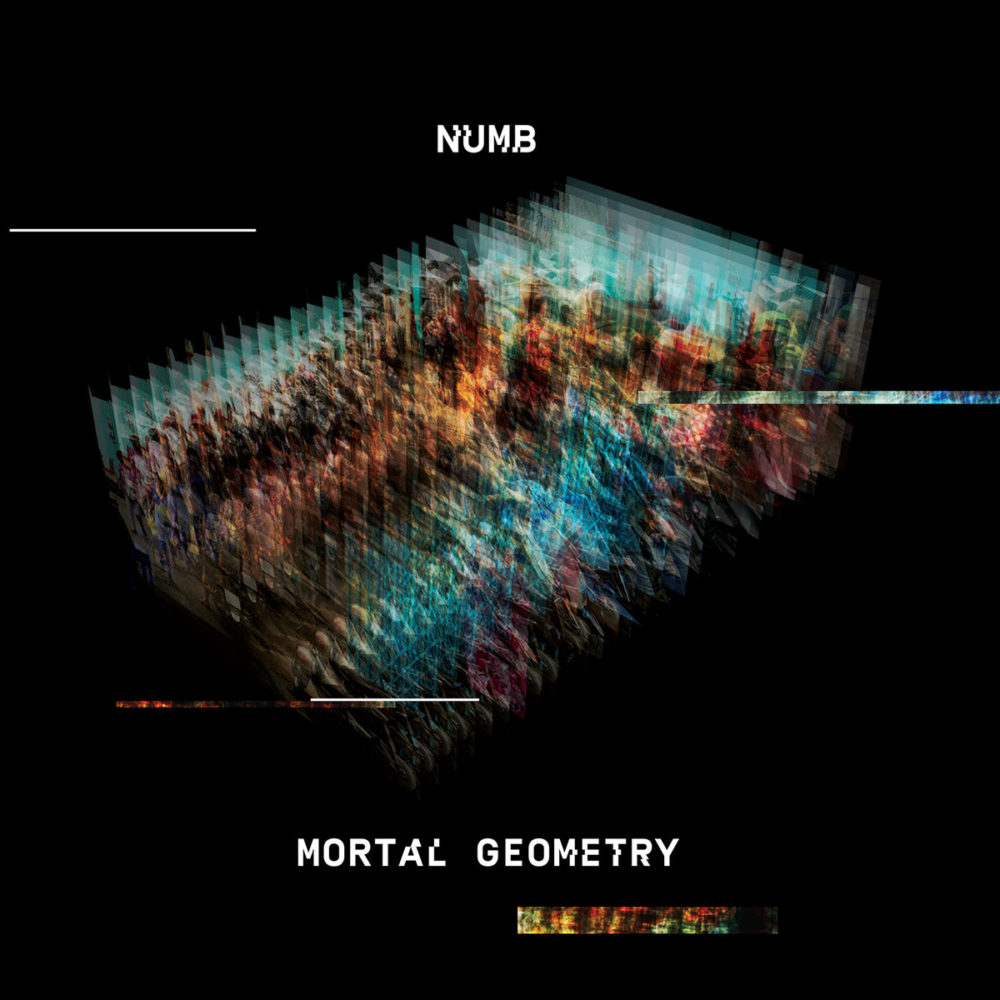 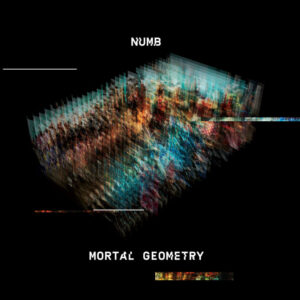 ‘Mortal Geometry’ marks the welcome return of Don Gordon, aka NUMB the highly influential EBM outfit who along with compatriots Front Line Assembly and Skinny Puppy came from the second half of the 80’s to define what was referred to as the ‘Vancouver Sound’, ahead of 1998 when NUMB went into hiatus.

The final release “Language Of Silence” retained Gordon’s trademark brooding menace whilst allowing more rhythmic even dancefloor patterns to emerge. Gordon then moved to London before releasing the self-titled instrumental album ‘Halo_Gen’ in 1999, that album moving further towards an IDM vibe, but with enough darkness to please NUMB aficionados.

Gordon then relocated to Vietnam, he remained active within music, though preferred to work largely behind the desk as a producer and remixer for artists including Dive, and Spain’s Esplendor Geométrico; as such the unexpected arrival of ‘Mortal Geometry’ is sure to ignite the bands previous followers.

The albums ten tracks, (the vinyl edition is limited to just seven) range in scope from the darkened EBM of opener ‘Redact’ complete with semi mechanised vocals, and glistening shards of noise arcing like searchlights in a dystopian horror movie via the extended menacing ambience of ‘Shadow Play’ to the full-on laser scorched ‘Complicit Silence’.

Gordon has crafted a high intensity, multi layered album complete with exquisite sound production, this panoramic expanse allows NUMB to expand upon their Industrial/EBM foundation and introduce rhythmic patterns at times akin to techno beats and even grime within the electronic darkness; thankfully Gordon has continued to push the genre boundaries, it would have been easy to re-hash previous masterpiece ‘Wasted Sky’ to a no doubt receptive audience but that is not the way of NUMB.

‘The Waiting Room’ is essentially a two part piece, the opening is ambient almost found sounds before morphing into an absolute stomper that could slip effortlessly into a Megadog DJ set, complete with sampled female vocals as it builds to the drop at which point it reverts to the electronic eastern tinged ambience.

‘How It Ends’ is suitably apocalyptic, a widescreen bass heavy soundtrack, punctuated by a disconnected voice that barks “I always knew it would come to this…” into the menacing darkness, similarly with ‘When Gravity Falls’ which could, aside from the vocals could grace trance dancefloors the world over.

Title track ‘Mortal Geometry’ takes on a cinematic feel, glimmers of sound shimmer ahead of waves of crashing cymbals, there is no discernible rhythm, the piece being essentially a concise soundscape ahead of closer ‘Hush (Creation to Negation)’ a reworking of the earlier track.

‘Mortal Geometry’ sends a clear signal, NUMB are back, and on fine form; let’s just hope we don’t have to wait another 20yrs for the follow up.