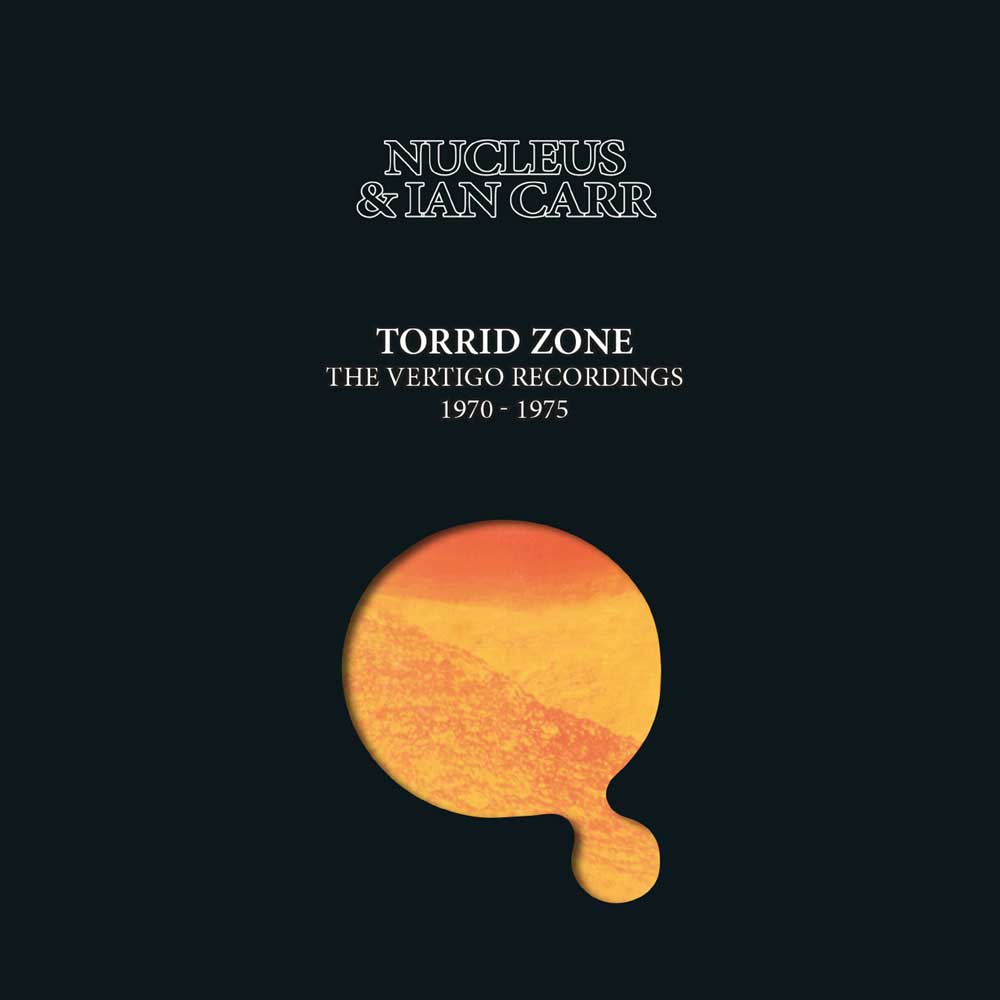 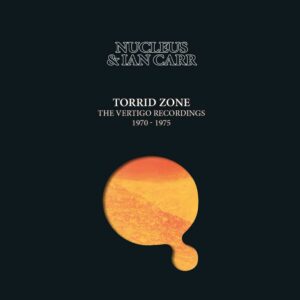 Formed by Ian Carr following the demise of the Rendell-Carr quintet, Nucleus’ original aim was to blur the lines between Jazz and Rock eschewing the trappings of both genres. The band worked at an absolutely feverish pace and managed to release the grand total of nine albums in the space of only five years !!! However this productivity wasn’t without consequences on the band’s line-up, the turnover was quite high and Carr had to rebuild the band from scratch several times. What must have been a chore for their leader turned out to be a blessing in disguise musically as the band’s sound evolved considerably between “Elastic Rock” and “Alley Cat”.

The first two LP’S “Elastic Rock” and ” We’ll Talk About it Later” feature the same cast with Carr on trumpet and flugelhorn, Karl Jenkins on keyboards, Brian Smith on saxophones, Chris Spedding on Guitar, Jeff Clyne on bass and future Soft Machine alumni John Marshall on drums. On their debut the band manage to tow a fine line between experimentation and melody. The different musical themes blend into each other seamlessly. Jenkins is the main composer on the album with some remarkable material, the moody title track with Spedding’s concise guitar being a particular highlight. Clyne’s bass on Taranaki is particularly inventive and melodic almost acting as another piece in the horn section. “We’ll Talk About it Later” released the following year sees them refine their style and moving into a rockier direction with Spedding’s guitar more present than on their first LP, his funky rhythm playing on “Sun Child” really works well with John Marshall’s drumming while his bouzouki on “Lullaby for a Lonely Child” and his soloing on the title track enhances two excellent Jenkins compositions. Carr really flies on “Oasis”. Two tracks featuring vocals (a rarity for Nucleus) close the LP.

“Solar Plexus” recorded just over two days was a musical suite entirely penned by Carr and recorded over the space of two days. Billed as Ian Carr and Nucleus, it sees the trumpeter take full creative reigns and features more horn centric compositions and arrangements. We are still in fusion territory but it is more Jazz-Funk than Jazz-Rock this time around (“Changing Times”) while other influences creep in such as the very chamber music sounding first half of “Bedrock Deadlock”. Numerous guests feature on the album an make important contribution to it, the solo by Harry Beckett on “Spirit Level” being the perfect example. Most of the band departed after this recording leaving Carr to rebuild a new Nucleus. The next LP “Belladonna” was released under Ian Carr’s name only for contractual and management reasons. Produced bu Colosseum drummer Jon Hiseman, it only features one member of the previous line-up, sax player Brian Smith. Two future Soft Machine members make their arrival: Roy Babbington on bass and guitar virtuoso Alan Holdsworth. The ensemble is completed by Clive Thacker on drums and  Dave MacRae on electric piano. For a recently assembled unit, the band gel really well as proved by the solid groove of the title track. Dave MacRae makes an immediate mark with his frantic solo at the end of “Summer Rain” and some neat interplay with Holdsworth on Smith’s “Remadione”. “Suspension” is one of the record’s high points where the band improvisations enhance Carr’s composition greatly. The funky “Hector’s House” closes off the proceedings on an exuberant note.

The band’s next project “Labyrinth” was a suite based on Greek mythology recorded just seven months after “Belladonna”. It was performed as a live performance with an augmented cast, some of which including singer Norma Winstone were retained for the recorded version. It is an ambitious piece and the addition of Winstone’s vocals on certain tracks brings a new dimension to Nucleus’ sound. The whole enterprise was created with the financial assistance of the Arts Council of Great Britain, something that seems unthinkable of in today’s world ! This source of financing was also a decisive factor in enabling the material for the next release “Roots” to be created. Again the band went through some personnel changes with both Babbington and Holdsworth leaving to be replaced respectively by Jocelyn Pitchen and Roger Sutton. Continuing in the footsteps of “Belladonna”, “Under the Sun” remains one of the band’s most accessible records with the gentle “Images” and “Pastoral Graffiti” showcasing an easy-listening style that the band rarely attempted. Brian Smith on his last appearance on a Nucleus record for five years offers a excellent trio of compositions centered around his homeland of New Zealand. Dave MacRae would also depart after this release but his excellent “Southern Roots and Celebration” proves to be one of the album’s best tracks while the ominous “Rites of Man” see the outfit return to more experimental pastures.

The band’s last two albums for Vertigo saw Nucleus shift toward a funkier sound. Apart from sporting some rather dubious album covers, both provide to be equally satisfying musically. They are the perfect entry door for the newcomers with more compact compositions. “Shakehips Etcetera” starts with the groovy “Rat’s Bag” with its circling bass riff and exuberant horns before moving to “Alive and Kicking” which displays a rather impressive guitar solo. The record sees the return of Jon Hiseman in the producer chair, a role he would also assume on its follow up “Alley Cat” where the band gets even funkier (“Phaideaux Corner”, “Splat”, “Nosegay”). The title track is a multi-part epic penned by Carr  that starts in a a rather atmospheric manner but which closes with a thomping section where a piercing guitar fights with the horns.

More news on Ian Carr and Nucleus can be found on this website: iancarrsnucleus.webs.com