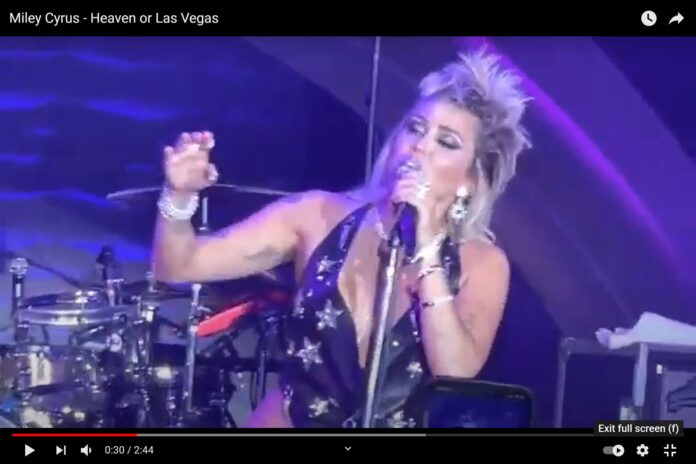 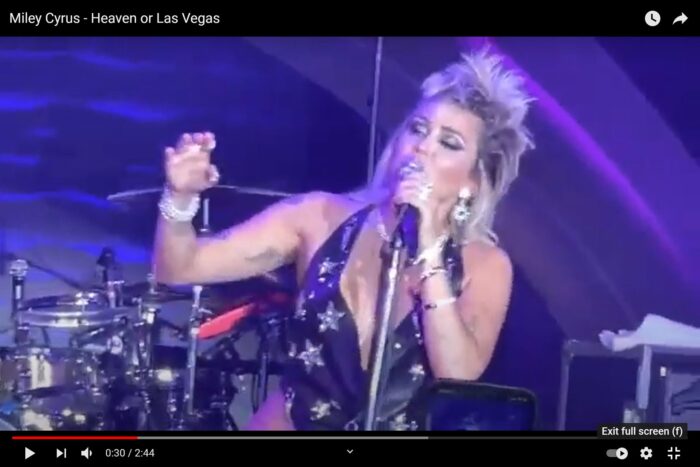 Becoming as famous for her many cover versions as for her original songs, Miley Cyrus, has now taken on indie-dreampop darlings the Cocteau Twins. She performed a version of Heaven or Las Vegas …in Las Vegas!

Miley has covered everyone from Dolly Parton to Hole, the Velvet Underground to Metallica but the Cocteau Twins are the hippest and coolest name yet to add to the list.

Have a look and a listen below.  It’s slightly spoiled by her talking through it and an excitable audience presenting her with a weird painting at the end, but it’s not bad.

Mileys mullet is sculpted into a kind of Wendy O’ Williams fauxhawk for the occasion. Not a style favoured by Liz Fraser.

and, from a different viewpoint, with full intro….

Ardent long-time followers of the Cocteau Twins and their dark and mysterious gossamer sound are unlikely to approve of the less heavenly, more Vegas-y version, but if it helps sell the bands back catalogue to a fresh audience…

Here is the video to the original from 1990.

All words Ged Babey for LTW