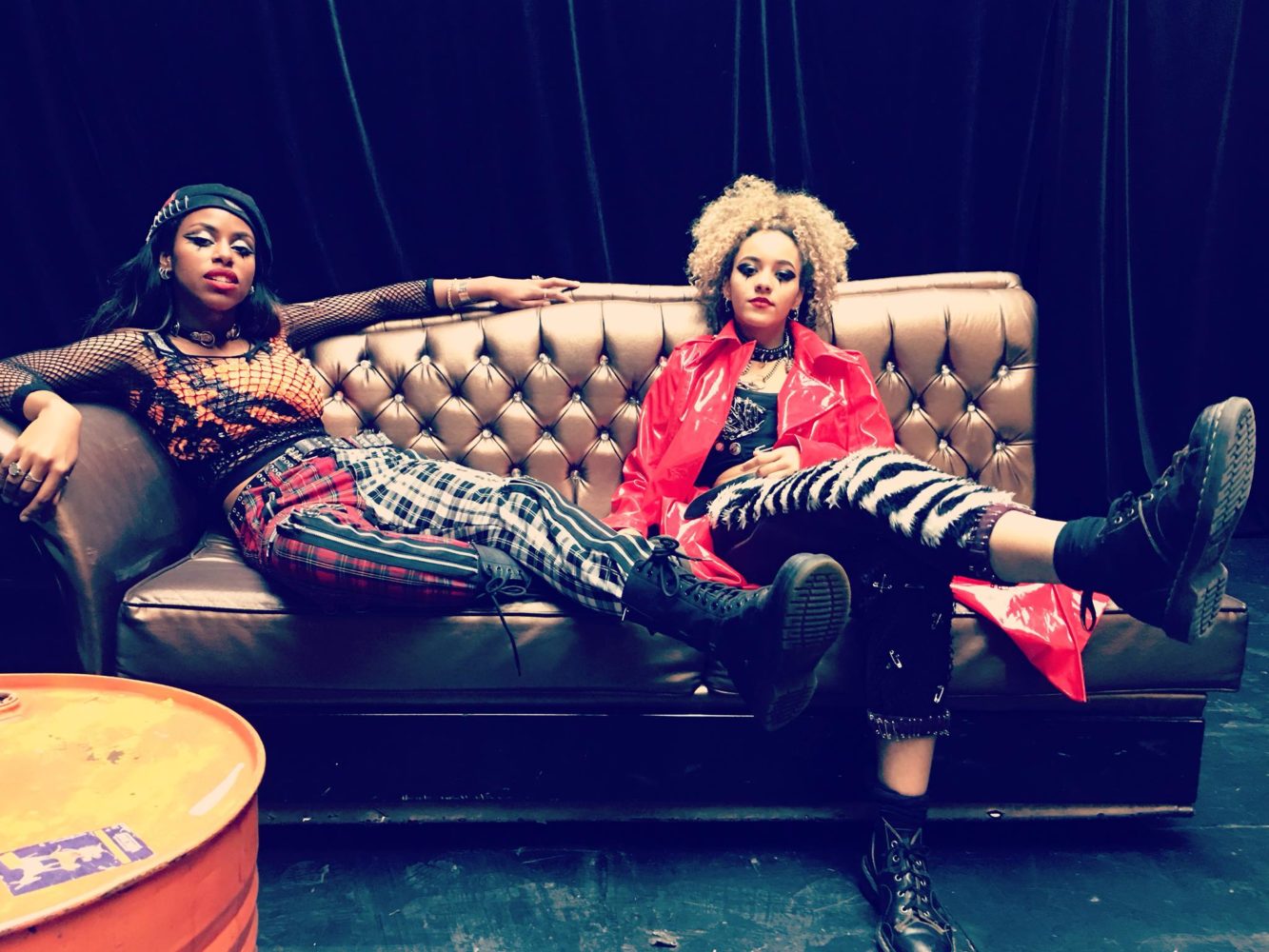 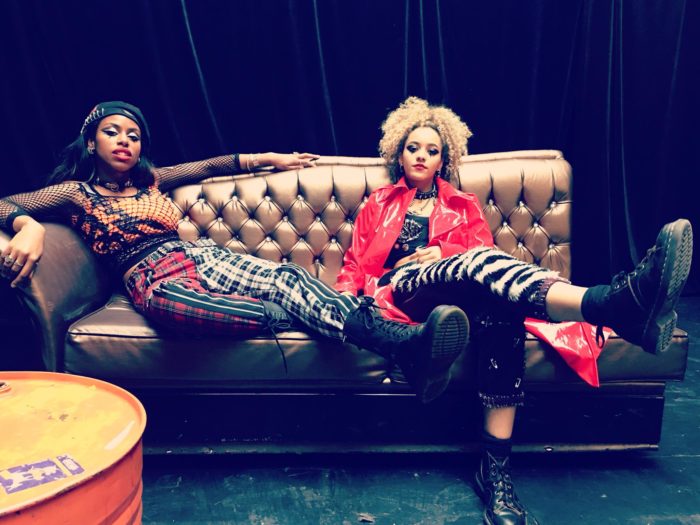 Nova Twins are South London’s hotly tipped ‘punky grimey party‘, currently wowwing the festival scene. Londoners have a rare chance to catch them in a small venue this Saturday, when they play LOUD WOMEN’s Summer Party at the Lexington. To get to know this cooler-than-cool duo (Amy and Georgia) a bit better, Cassie Fox asked them 10 questions …

LTW: Who would you most like to cover one of your songs?
Amy: Missy Elliot
Georgia: Jazmine Sullivan

LTW: If you could add one member to your band – any person, living or dead, musical or otherwise – who would it be, and what would they play?Georgia: Pharrell to record our tracks.
Amy: I would get Betty Davis to do a guest feature vocal, also Annie Clark on guitar would be interesting!

LTW: What was the last song you wrote, and how did it turn out?
Amy: We were in G’s room the other day reading a tale from Greek Mythology! It became the concept of our latest tune.
Georgia: We don’t know how its going to turn out yet, we haven’t finished yet haha!

LTW: Which was your favourite gig you’ve played?

Georgia: My favourite recent gig we’ve done is 2000 Trees – we had so much love and everyone was so up for it!
Amy: Thats such a hard question, there is a few favourites! I loved playing at 2000 Trees, Transmusicals and our headline show in London and Paris.

LTW: Recommend a record you think we might not have heard of.
Amy: MC5 – Kick Out The Jams, Betty Davis and a few underground bands that are coming up at the moment: look out for Kid Kapichi, Calva Louise and Ho99o9!
Georgia: Puppet Strings by Kid Kapichi: I like the kookiness of this track, it sounds like a dark circus!

LTW: What’s your best piece of advice for young musicians?
Georgia: Don’t learn your instrument by copying someone else’s style and technique, find your own path however long it may take to get there!
Amy: Enjoy the highs, push through the lows. There is no room for self doubt, hard work and perseverance will eventually pay off. Follow your own intuition as you will have a lot of people pulling you in different directions, its good to have an open mind but ultimately you should be in control of your career.

LTW: What are your musical goals?
Amy: To keep discovering new ways to evolve my craft and for Nova to take over the world!
Georgia: I would love my own pedal range and want to continue to tour the world discovering new countries.

Catch Nova Twins this Saturday 18 August at The Lexington, London