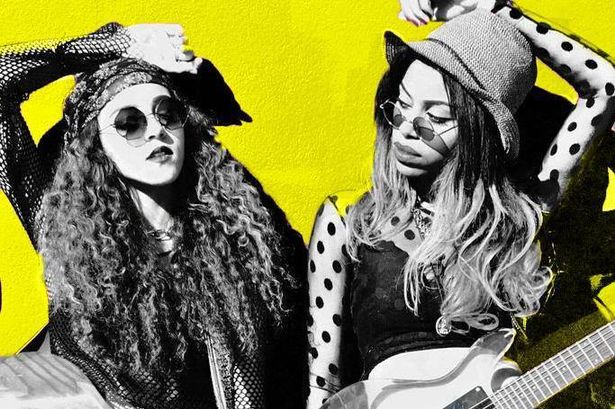 Nova Twins are not twins but musically they may as well be. Their thrilling eclectic set is an explosion of ideas, energy and action that seems them buck every trend and create their own 21st century electric thrills.

They take the hip hop/rock crossover of Rage Against The Machine but update it for the now. This is the modern eclectic – the flicking around the internet for the musical thrills crossover that most bands can only dream of.

Somehow in a tiny bar the two of them collide rock with dub step, funk and hip hop into a molten groove that packs so much in and yet you can still twitch and dance to it. They look really cool as well – an explosion of sawn off clothes and wild hair that somehow matches their musical ambition.

With a live show like this and a musical ambition to match we are going to be hearing so much more from this London crew.