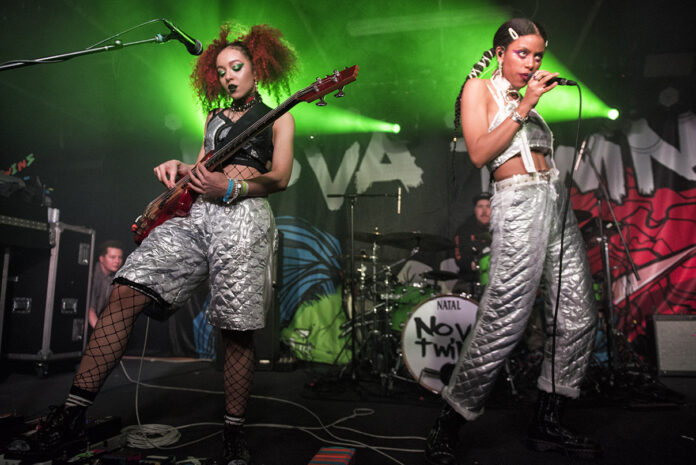 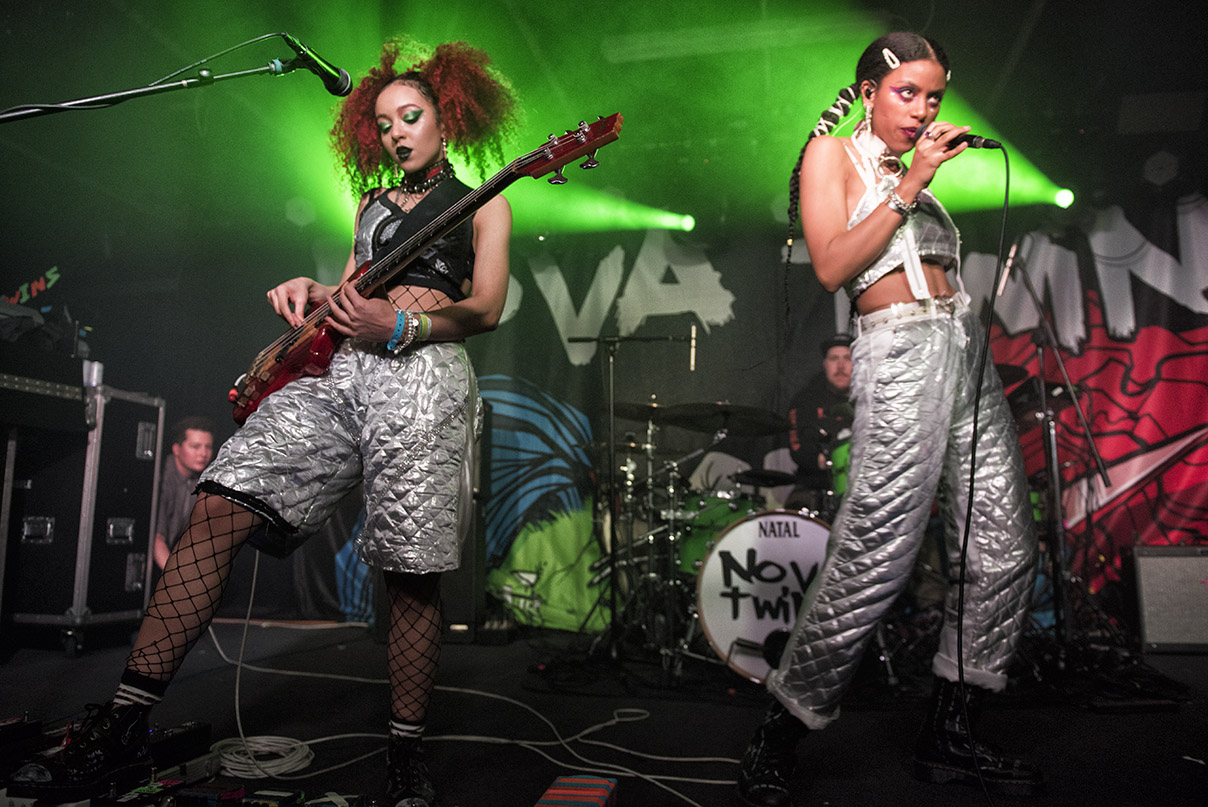 Louder Than War favourites Nova Twins played a long-awaited, sold-out show at Manchester Academy 3 on Sunday night. The punk duo consists of lead singer Amy Love on guitar; Georgia South on bass and keyboard and providing backing vocals and Tim Nugent on drums. Formed in London in 2014, their sound can be described as an eclectic mix of punk, metal, hardcore, grunge, rap and grime.

For support we had the vivacious Connie Constance with her blend of hip hop pop, she was a breath of fresh air, within 3 songs she had created a stir amongst the crowd, even encouraging them to sit down and jump up during one song. She was infectious and fun bouncing around the stage, flipping her head and demanding to be heard. I’m sure this won’t be the last time we will hear from her. 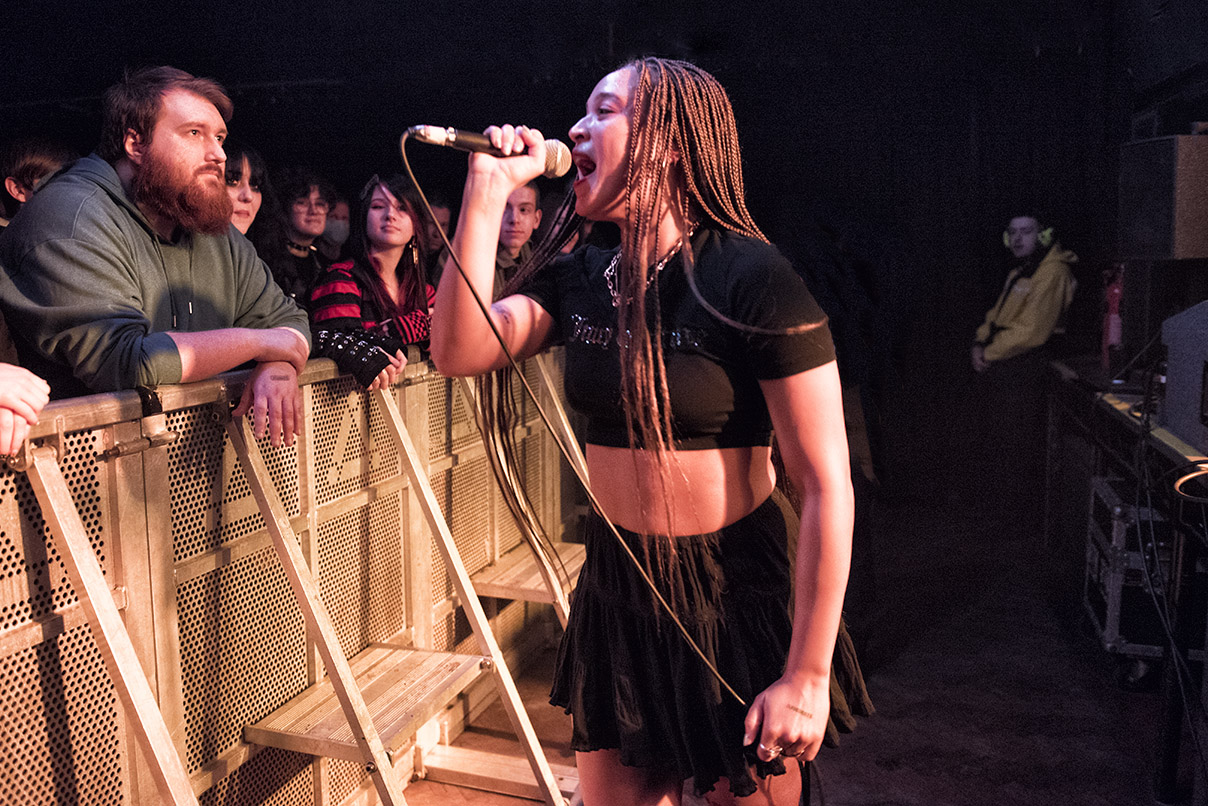 Bursting onto the stage, glittering in silver outfits, the Nova Twins started things off with Antagonist. The word antagonist may have negative connotations in literature, but Nova Twins want to subvert what is considered normal, and traditional. Nova Twins are the antagonists you want in your story. “I’m not into starting fires / Whoever sparked the match / Broke perpetual silence”. The pair makes one thing clear: they are not causing trouble – their music is a response to a society that has historically excluded black female voices. As Amy Love explains to the NME: “Being black women doing punk music is political”. 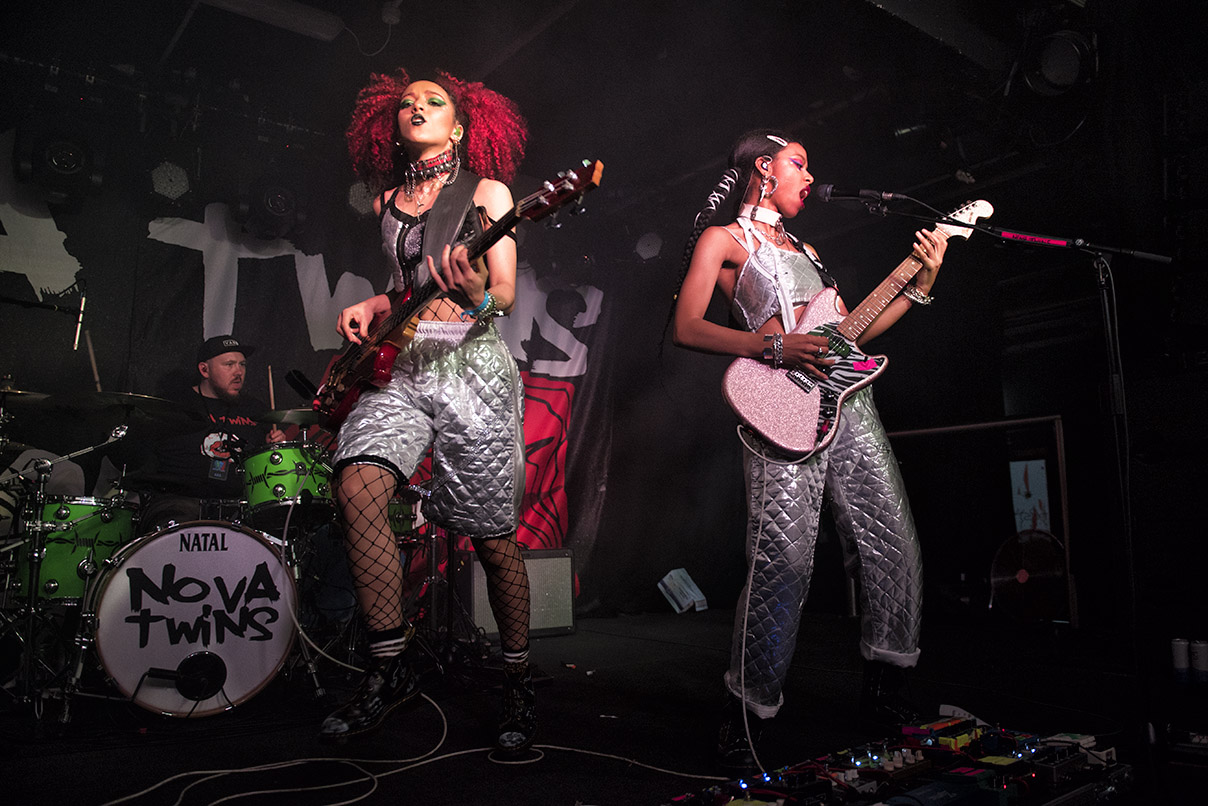 In quick succession, they played Vortex, a catchy high-tempo song, and a personal favourite. The energy was infectious throughout the whole set, with the singers hardly leaving time for a single breath between songs. It was not long until Amy shouted “Manchester let’s warm things up… open that pit”. A riotous mosh pit ensued. Other stand-out songs included K.M.B, Taxi and latest new single Cleopatra off the new album Supernova. Cleopatra is a powerful song written off the back of the Black Lives Matter protests in 2020. It’s about black female identity in a world dominated by white men. 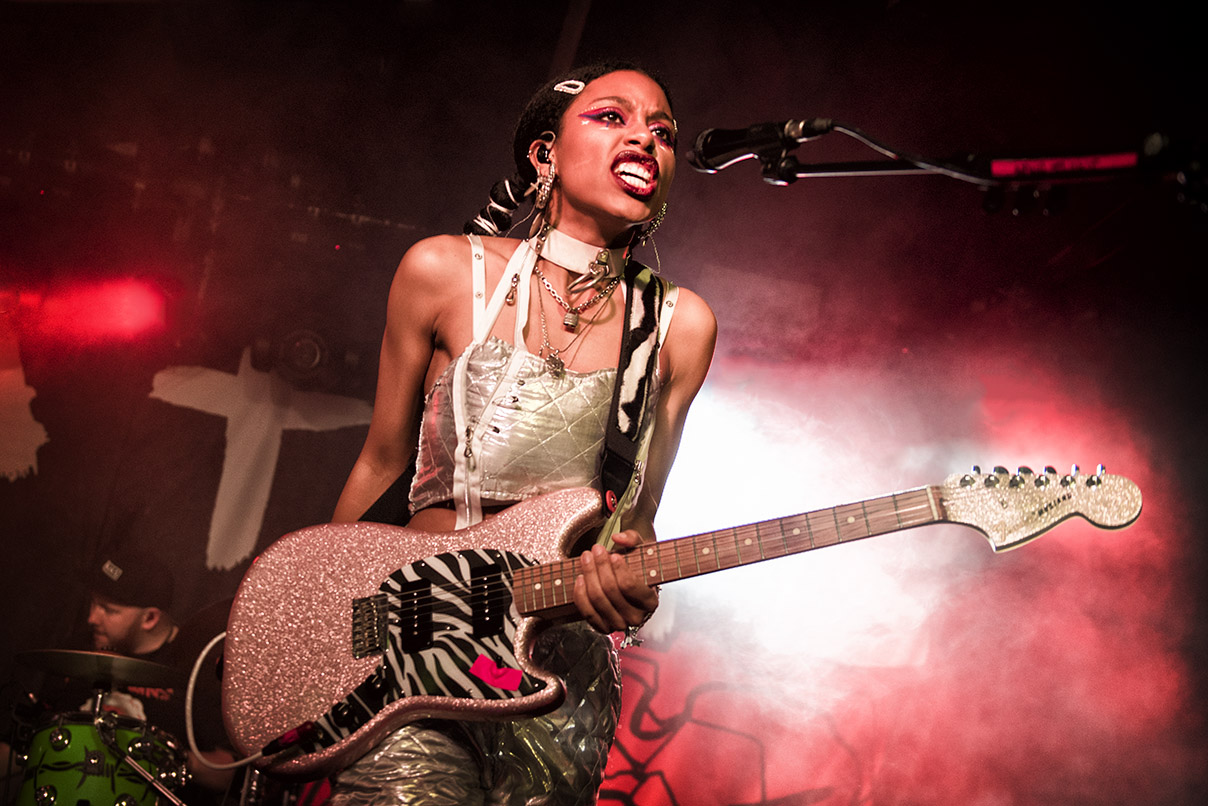 The Sunday show was a special night for the band – it was Amy Love’s birthday! A temporary break from playing music allowed for a quick singalong of Happy Birthday and the delivery of a cake and balloons on stage.

Friends since childhood, the twins are down to earth and straight talking – they tell it how it really is, and this appeals to fans. Nova Twins also make sure to include everyone at their shows and they have a zero-tolerance policy on harassment of any kind.

Signs could be found around the venue stating:

The band reinforce that punk is for everyone – regardless of gender, race and sexuality – and this is a belief that Nova Twins have held since their conception. Despite the barriers they have faced as black women making punk music, they have never given up. For this, I have deep admiration. 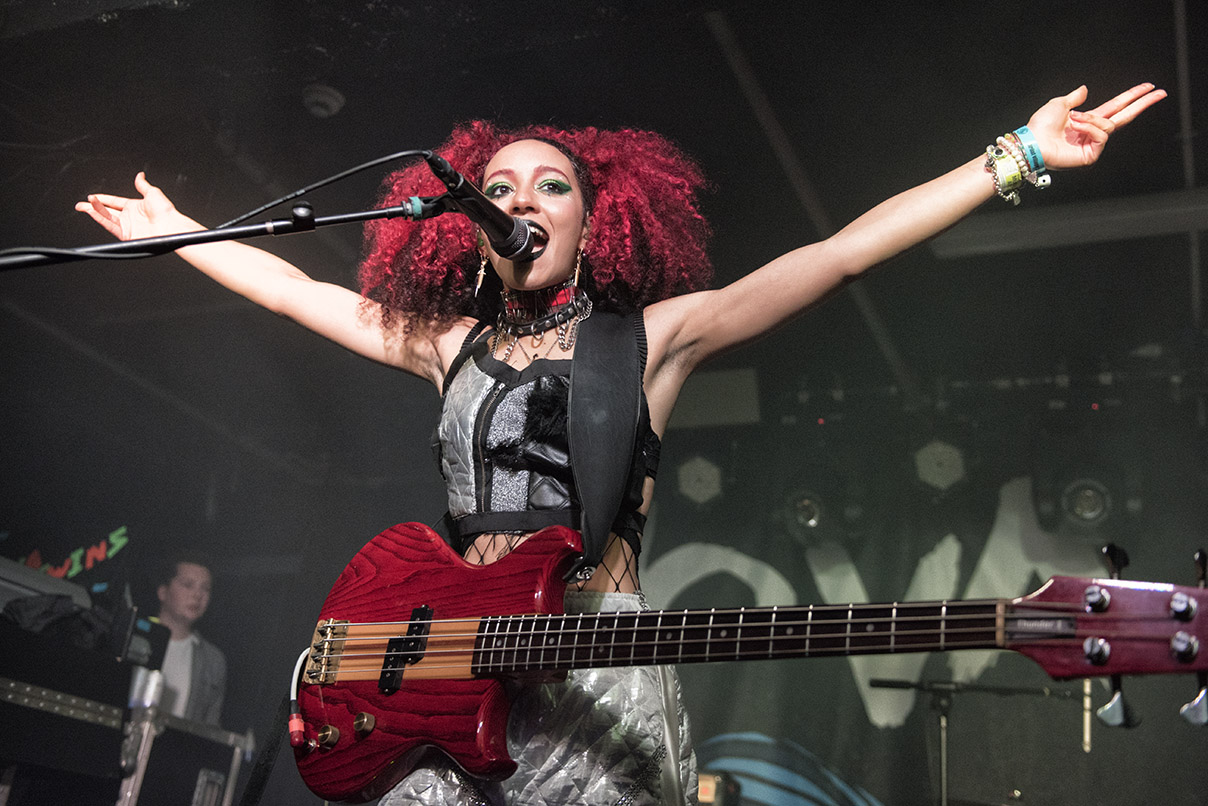 Amy Love and Georgia South made a commitment to breaking free from the confines of stereotypes and they have crafted lyrics and blended genres to achieve just this. They make music to represent themselves, they make music that you can’t find elsewhere. The Nova Twins are defiant and determined, and they won’t be going anywhere.

Words and photos by Freya Thomson, you can find her author profile here.