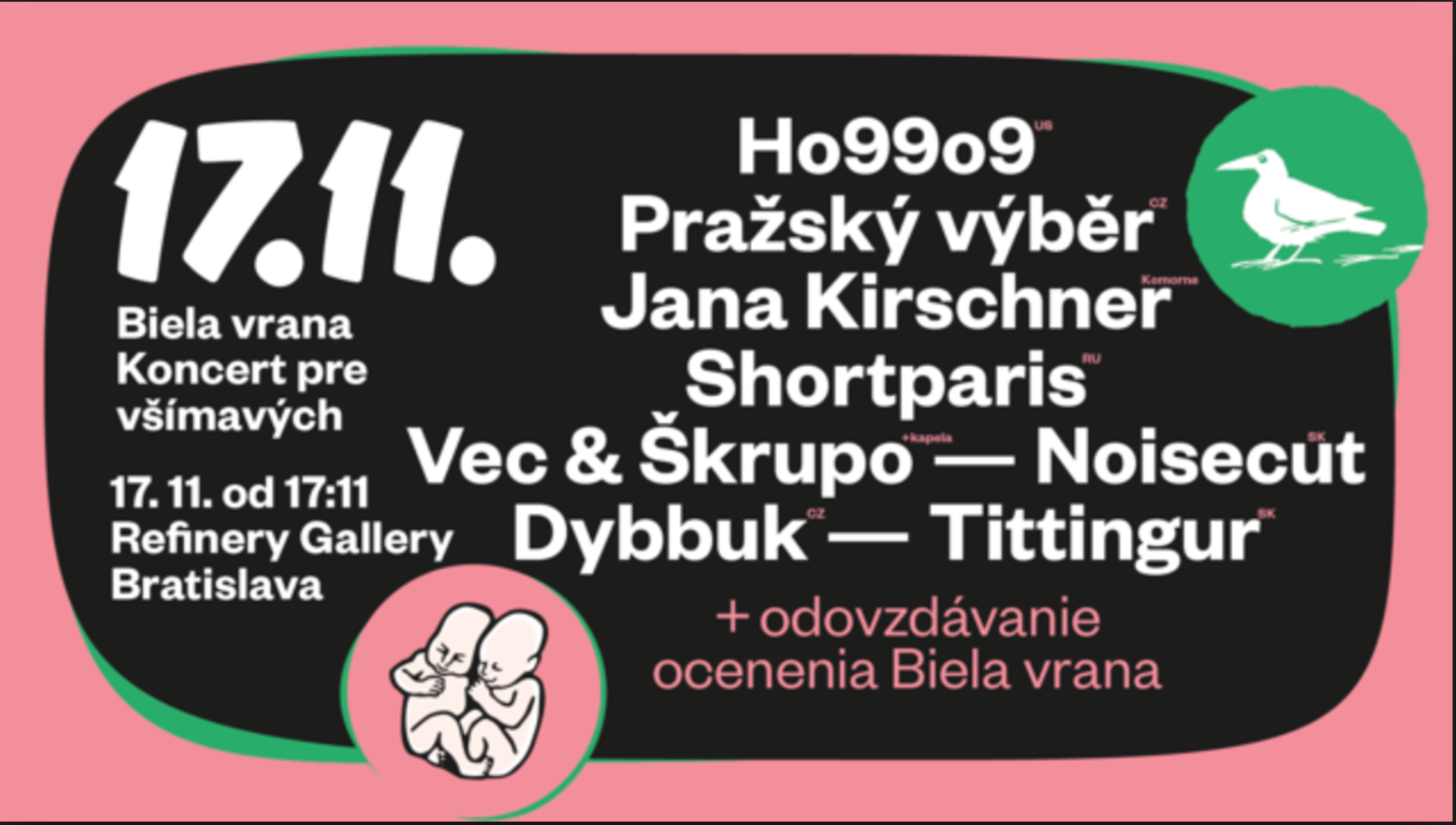 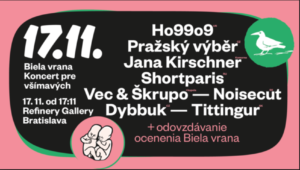 With The Czech Republic and Slovakia being the focus countries for 2019’s Eurosonic Festival in Groningen, we thought it would be quite apt to visit both countries in the space of a fortnight to check out what’s going down in Prague and Slovakia.

Being a mini reunion of the two countries since their split in 1993, the two events couldn’t be more different to one another – The Czech capital hosted the sixth edition of Nouvelle Prague – which is the first ever showcase festival and music conference in the country held over two days featuring bands from all over Europe and Bratislava for a concert called Koncert pre vsimavych aka The Concert for Attentive People, a special event promoted by Pohoda Festival in Slovakia.

Once in Prague, there were talks including one with Glastonbury and Great Escape booker Martin Elbourne, talking about his time in the music business and How Not to Die of Hunger in the Music Business (Not even joking, that was what it was called). As you’d probably expect, it was about making enough making enough money to make ends meet and not dying of hunger in the music business. Simple.

But enough about the business side of things and get down to what really matters – the music.

To begin, we headed down to watch Slovak singer-songwriter Katarina Malikova – who is one part classical and another part baroque, with some contemporary keyboard too. With an accordion, keyboard, bass and drums as well, it’s very much adult pop that seems to crossover very well and doesn’t verge too much on sounding too messy. It’s all pretty impressive stuff.

Zabelov Group are a duo of accordion, drums and electronic, glitch sounds that are not easy to get into, but once you get it, with all their sharp turns and improvisations, it’s all very enjoyable to watch and listen to. Fans of Phillip Glass, Three Trapped Tigers, Battles and Don Cabellero will certainly enjoy this.

Sticking with regional acts, Lazer Viking as described on their bio as “The fifth rider of the apocalypse, last true anti-hero, mythical beast and living legend – Lazer Viking is a one man army on a mission to turn every seedy club, forgotten dancehall of yesteryear or your mom’s garage into the Mecca of Rock’n’Roll.” That’s a big, big claim right there, although quite misleading as it’s mostly acoustic and there’s no light show in sight. The songs are quite morose and melancholy, and quite a let down.

From the Faroe Islands, Frum is a solo artist with her backing band that’s wondrous, soul-searching and playful. It’s a captivating watch with an AV backdrop of music videos of conceptual dance and art as well. While it’s hard to keep your eyes off the spectacle, you’re not sure where to look as there’s a lot going on. It feels lazy comparing her to Bjork as she’s a bit more accessible and band led rather than being in the electronic territory, but it’s great for what it is. A definite one to watch.

For an act closer to home, Lebrock are a band you will either love or hate. As part of the recent New Retro Wave movement, who couldn’t sound and look more eighties if they tried. They’re a power ballad duo (really) with the long hair, power poses, varsity jackets, skinny jeans, they’ve got this down to the very last detail. And as for the songs, wow. These said power ballads have us waving our lighters (smartphones) and are great, great fun to watch. Just don’t take them too seriously that’s all.

To finish things up in Prague, LIFE from Hull played a loud, rambunctious set that many at the festival were looking forward to seeing throughout the day. Not to mention being ‘totally off their faces to popular music..’ as one of their songs, which is about a night out in Hull demonstrates. They perhaps lack a little something to make them being good, to being great, although it’s difficult to say what exactly into words.

Two weeks later, we touch down in Bratislava for Koncert pre vsimavych, which is a civic celebration or a state holiday in the Czech Republic and Slovakia – it is held every year on 17th November, the day when the Velvet Revolution (revolution against communist regime) in Czechoslovakia started.

It wasn’t so long ago (as recent as pre-1989) that it was not possible to travel abroad, there were only artists from communist countries in shops and media – with few exceptions. All lyrics were watched by censors, there were only state labels, recording was illegal, all bands had to play in a front of commissioners who decided if they could play in public and all bands had to be organised under some culture houses.

So to celebrate, we’re taken to a venue in the outskirts of the city to watch performances and talks (although it’s in Slovak). The first half of the event was the White Crow Ceremony dedicated to people who did some exceptional and brave things in the last year, which was dedicated to Jan Kuciak, the murdered journalist from Slovakia for war reporting.

Jana Kirschner – the most popular avant pop singer in Slovakia – played songs that went down well with Slovaks, simply because they’re really famous in her native country. She started off her career as being a mainstream pop artist around 20 years ago, before starting to go more avant garde with her sound. Nonetheless, she moved, sounded and acted like a flamenco dancer with her demeanour.

Shortparis are a Russian based band that sound a bit like DAF and Factory Floor, post-punk, electro and a lot of white noise. There’s a lot of dancing and enthusiasm directed at them and it’s easy to see why because their thumping beats over dark melodic electro is let’s face it, an easy sell to the senses. They’re missing something in terms of being memorable though as their tunes don’t have much staying power. Be that as it may, there’s a lot of potential.

Pražský výběr back in the day were strongly involved in the anti communist movement and probably hadn’t played a show since then as they sounded like they turned up and started practicing a couple of days prior to their performance.  Having said that, In 2016 they played their biggest concert at the sold out O2 Arena and they opened the Prague concert of the Rolling Stones in July this year. With their lyrics up in neon lights for us that could understand Slovak, they played straight up rock n roll music that wouldn’t sound out of place next to a lot of hair metal from 1985.

H09909 (Pronounced Horror) had just come off the back of a UK tour supporting The Prodigy and walk on in a haze of smoke wearing fluorescent jackets. They flit between hardcore punk akin to Bad Brains and hip-hop. Though enjoyable to begin with, it then becomes quite hard to watch and listen to because it all becomes uncontrollable. Because of this and what with them being on at quite a late time, many start heading for the exit door unfortunately.

Drawing conclusions from the Czech and Slovak region, there’s a lot to unearth and lots to listen to, as the Eurosonic delegation will see for themselves in Groningen next month.