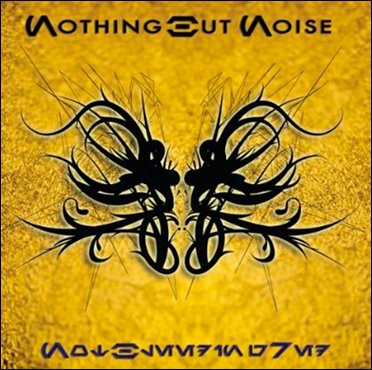 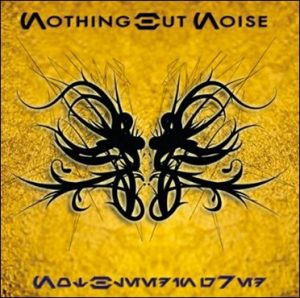 Front 242 founder member Daniel B has reunited with co-founder Dirk Bergen after almost 30 years, the result being a new project entitled Nothing But Noise, who’s first, and judging by the length of time it took to, perhaps only release is ” ‘Not Bleeding Red’ – a timely release considering that Front 242 have entered a self imposed hiatus following their final live show in Belgium on the 23rd March 2012.

The Nothing But Noise tag is perhaps somewhat disingenuous; Noise can suggest discordant rhythm, unsettling, and experimental sounds – ‘Not Bleeding Red’ is far removed from that, it would be more accurate to describe the recordings as compositions such is the ability of those involved and their understanding of firstly the analogue instruments used to create it, and the texture and impact the woven sounds can have upon the listener.

Daniel B along with Bergen and mutual friend Erwin Jarbot, have spent the past 18mths crafting this synth driven opus, drawing from recordings and ideas spanning the previous 20yrs; if anyone is expecting anything vaguely similar to Front 242 then jettison those preconceptions now; Front 242 were all about rhythmic aggression, a hard beat, vocal chants; arguably the leaders of the EBM genre; ‘œNothing But Noise’ is firstly instrumental and each of the nine extend recordings, the majority clocking in at well over 10 minutes each, will transport you towards an ambience that Front 242 hinted at during ‘œPulse’ though that recording retained the hard edge 242 are renowned for. The album was created both at home and within Daniel B’s studio utilizing an array of rare and vintage analogue synthesizers such as the Moog Voyager, Prophet8, Juno 106 and Arp Odyssey; all part of Daniel B’s own collection.

There is a clear link to krautrock, ”ËœNot Bleeding Red’ certainly provides a link to both Tangerine Dream, and even Kraftwerk who Daniel B has openly enthused about in the past ”â€œ the sounds created here are not dissimilar in feel, they are semi-improvisational, and despite being purely ”Ëœmachine made’ they have an organic quality to them no doubt brought to the fore by the use of analogue equipment as opposed to the current digital variants. None of the pieces for example have drum beats or recognisable hooks, there is certainly no middle eight ”â€œ each composition has a cinematic feel , the sound track to a film yet to be made ”â€œ a reference would be the Vangelis composed ”ËœBladerunner’ soundtrack, but even that is way off the mark. ”ËœCK’ is divided into two movements ”Ëœ242 Hurtz’ and ”ËœVorspiel’ the former a deeply brooding section evoking feelings of destruction and desolation, though from this wasteland life emerges from the darkness to begin the cycle yet again.

The tracks on ‘œNot Bleeding Red’ are both expressive and expansive, conjuring visions of utopian mega-cities, each track seamlessly exploring another area, reflecting the throbbing and humming workings within ”â€œ and as we know cities are often dark places and tracks like ‘œMooglish’ and ‘œ3.14 Sequence’ are responses to the environment; the pace quickened, urgency induced; such is the considered manner in which these pieces are constructed, your emotions and feelings flow ebb and flow with the music.

‘Not Bleeding Red’ will be released with iPad and desktop wallpapers designed and produced by Daniel B himself; the aim being that you fully immerse yourself in the feel of the music as it unfolds around you.