Home Blogs Not Quite Light Weekend 2018: A Salford-based celebration of the secretive hours 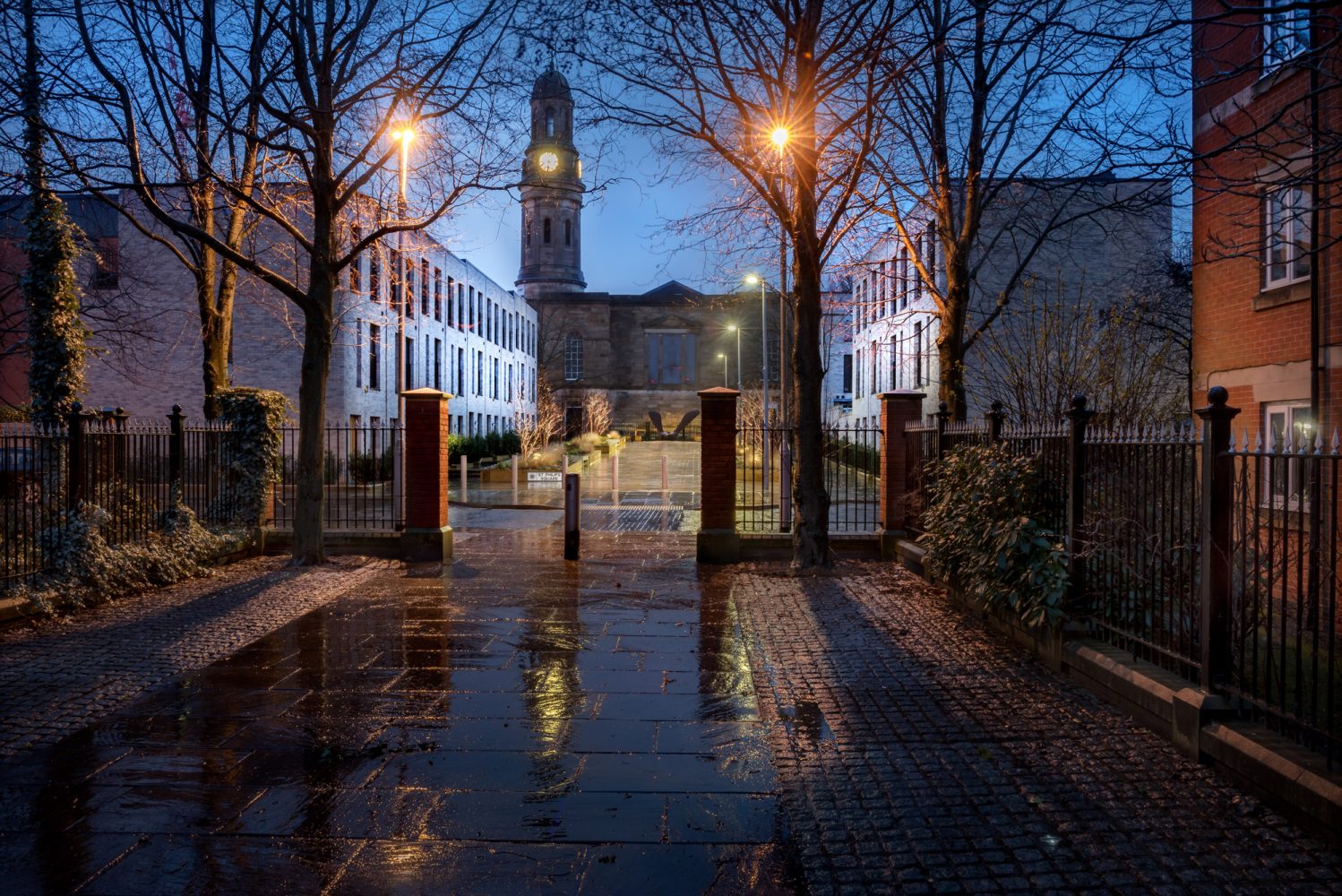 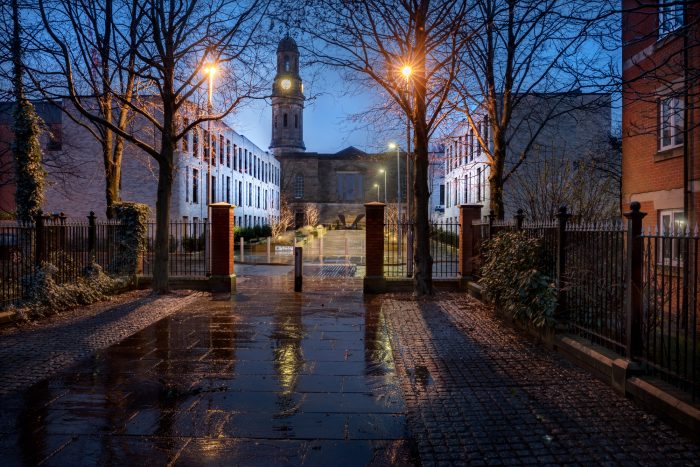 So often festivals and weekenders can seem dully predictable and bloated – but Salford based artist Simon Buckley is determined to deliver something different with Not Quite Light 2018. This is a long-weekend extravaganza of art, music, guided tours, architecture and debate Thursday 17 to Sunday 20 May.

And rather than the attempted ‘edginess’ of other festivals – this event really does explore the intriguing edges of urban life; inspired by Buckley’s year-round Not Quite Light project, with striking city imagery taken at dawn.

Another edge of NQL 2018 is that it is set in Salford rather than Manchester – to inspire people to observe the city, so often in Manchester’s shadow, from a different perspective. Based on this current project, there will be a photography exhibition entitled From Trinity to The Crescent. Showcased at the Lowry Hotel, it will run for two months and begins on Thursday 17 May, which is also when the Festival kicks off.

Perhaps A New Dawn Fades springs to mind? There is certainly something intriguing about the early hours – the times we may have walked home after a particularly long night and felt a strange sense of oneness with the world? Perhaps the hours of the especially-early commuters, or the point where we wake and see the sun just beginning to touch the clouds… confirming another couple 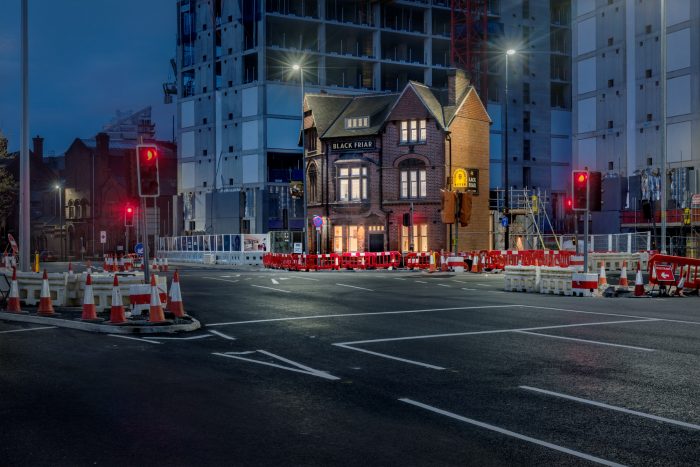 of hours before our alarm.

When does night become dawn, day become dusk? You’ll be pondering these questions and much more.
It follows on the back of previous success too. The festival in 2016 explored themes of heritage and restoration in central Manchester and won the accolade of Best Exhibition in the CityLife Awards – cultural recognition for a unique and thought-provoking programme of events.

2018 is offering even more. A world premier of a piece specially commissioned for the festival written by Daniel Mawson, inspired by the Not Quite Light project is just one example. This piece will be performed at ‘Transition’ on Friday 18th at Sacred Trinity Church, along with readings by Julie Hesmondhalgh, and other music inspired by dawn and dusk.

Other highlights include a chance to delve further into the ‘Changing Face of Salford’ on Saturday 19 May from 2pm-4.45pm, featuring a talk on the history of the area, its future and a screening of 1968 film The Changing Face of Salford. This will be followed by a discussion between head of Development at Salford City Council Shelagh McNerney, Clare Devaney of Citizen-i and Andy Avery of Buttress architects, chaired by Katie Popperwell.

In the evening of Saturday 19 May, why not enjoy some ‘Night Lights’ from 7.30-11.30pm – A captivating night of art, light, new music, live performances, poetry, ghost stories, and cocktails. All in the stunning backdrop of the iconic Georgian St. Phillips Church. For added emphasis, in the crypt, cult horror actor Lauren Ashley Carter will read ghost stories and cocktails will be provided by Into The Gathering Dusk. Yatie Reyes is the DJ.

And there’s one event it is totally worth getting up early for on Sunday morning: Mobike Sunrise. No, that isn’t a concept cocktail – it’s the opportunity to take part in a cycle ride at the edge of dawn (4-15-5am) through the streets of Salford So you can see a different perspective before the city wakes up (whilst relieving the bicycle riding fun of The Smiths’ iconic music video ‘Stop Me If You Think You’ve Heard This One Before’.

A number of other events have been designed to correlate to the Not Quite Light concept; such ‘An evening with Private White VC’ on 18 May celebrating the cotton and people still making clothes in this city, with the opportunity to explore a mill with a curated soundtrack produced by BBC 6 Music favourite LoneLady. There’s also the special closing event for the festival – ‘Awake’ – an immersive performance that celebrates sunset and twilight in a collective way, with artist Lucy May Schofield. 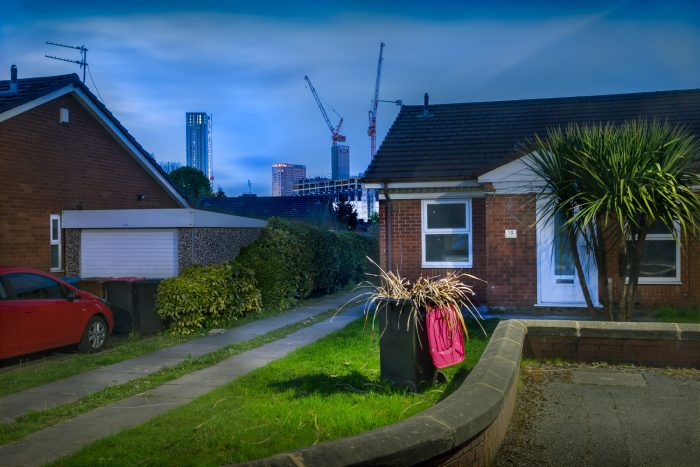 “It has been a joy putting this programme together – the subjects in question are so interesting and important to the future of Salford. Individually and collaboratively, I have created events at dawn, during the day, and at dusk, to explore the city in a unique way.
I’m thrilled to be back with a 2018 Festival. It’s a new festival for Salford, with the aim being to repeat in 2019 and 2020. It would be fantastic to see as many people there as possible to meet, socialise, discuss and enjoy the environs of a special place through the arts and these events.”

To see the programme in full, and for tickets, click here.