Modern-day gigs can be troublesome for myriad reasons. However, there has been a much more sinister concern than smartphones and spouting – sexual assault has been an all too frequent and sadly all to expected consequence of attending concerts. In the West Midlands, action is being taken, with the launch of the Not Normal Not OK campaign. Sam Lambeth investigates further.

“Just one of those things,” says Ed King, founder of Midlands-based website Birmingham Review. You can almost feel the rage and incredulity in his statement. For sexual harassment, assault and abuse have been a far too frequent problem at gigs, and yet those that have been victims of such inexcusable behaviour have been forced to simply brush it off as an unfortunate downside of the music world. For King, enough was enough. “It began when someone in a band informed me they’d been groped by a promoter, and yet it came up in conversation as if it was something to be expected,” he says. “No. The correct term for this is sexual assault.”

As King delved deeper, he uncovered more cases. “We were told many, many more stories of sexual assault taking place across venues in Birmingham,” he reveals. “From dancefloor to dressing room, the number of cases that were reported to us were simply overwhelming.” The realisation of this forced King into action, and after contacting West Midlands Police – and from them, the Rape and Sexual Violence Project – he and a few others (including Emily Doyle, part of West Midlands mercurial rockers The Hungry Ghosts) launched the Not Normal Not OK campaign.

“We called it this as that is how the culture of sexual assault and aggression should always be seen, a truth that some people sadly still need to be made clear about,” King says. For King, one of the Midlands’ most genuine and supportive presences, the sheer volume of sexual assaults taking place in venues held dear by him came as a severe shock. “In terms of people being unaware, I would place myself first on the list,” he admits. “But it’s an important shift that we all need to make together.” 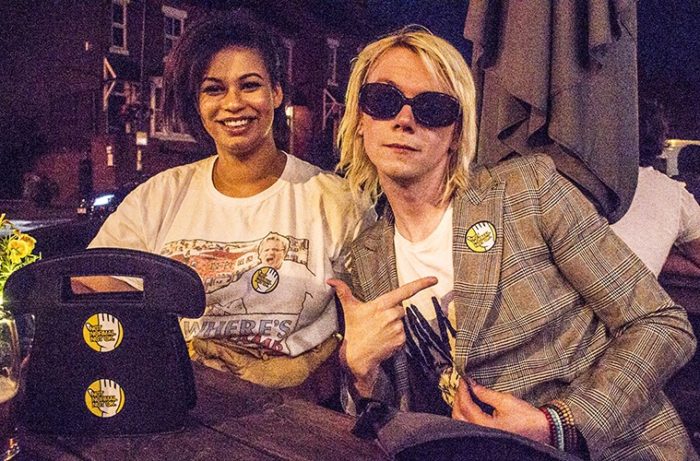 Those that are familiar with the Midlands music scene will have noticed the imitable Not Normal Not OK logo, dotted around various venues and various band members in the region. King hopes this has already began making a difference. “Distributing stickers at gigs has seen a room full of people wearing a declamation that sexual assault and aggression will not be tolerated,” he says. “We’ve already had great traction from this, with venues ranging from the Symphony Hall to Moseley’s Dark Horse getting firmly behind it.”

Now, King has set his sights on a much wider outreach. “We are working with live venues themselves to see more substantial and permanent campaign messages on display within the venues,” he says. “It will provide clear advice on what to do if you are a victim of sexual abuse. It’s all about supporting venues in their existing duties of care and encouraging the gig-going public to speak out.”