Home Music Reviews Live Reviews This Is Not This Heat : Live review 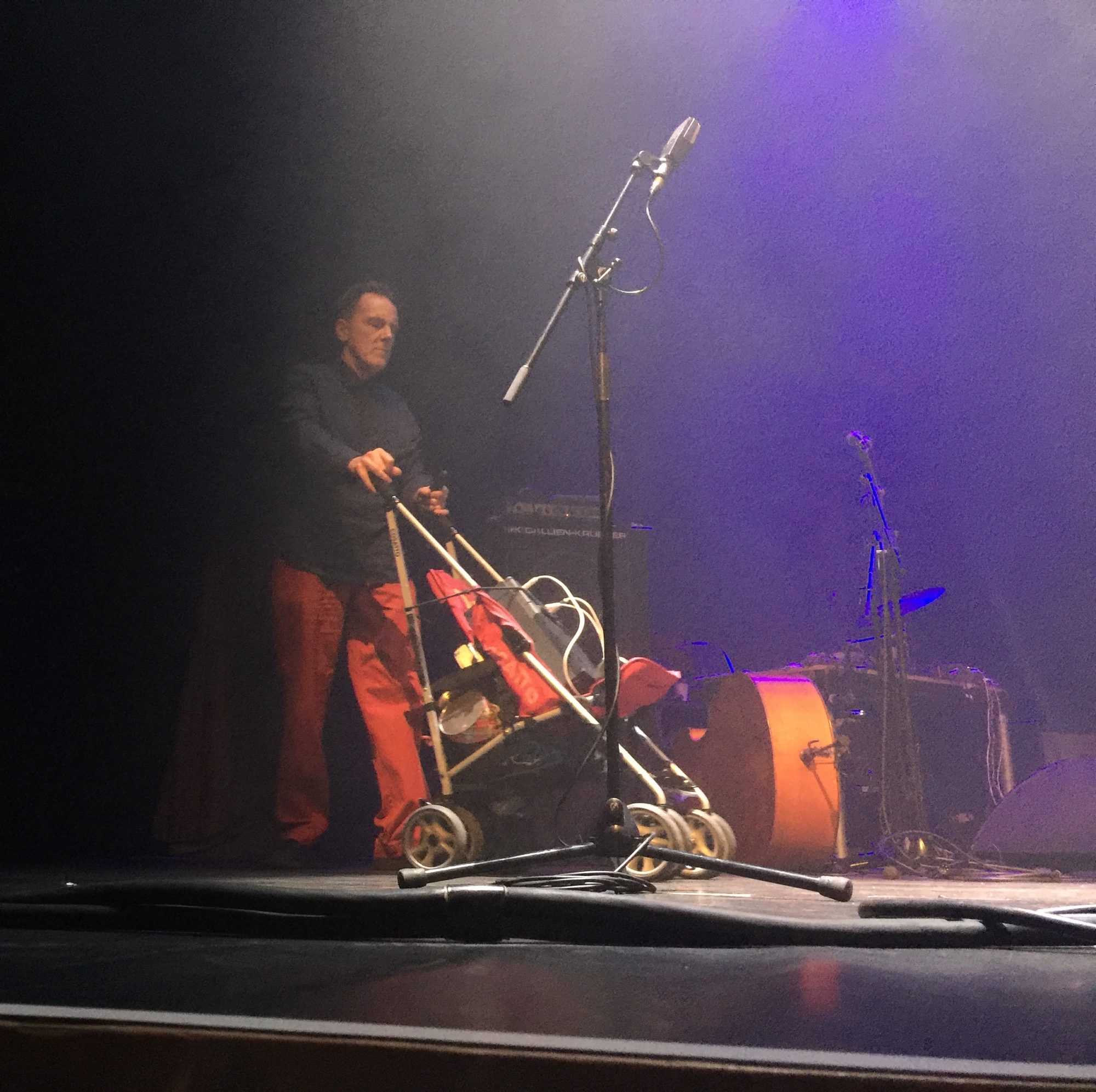 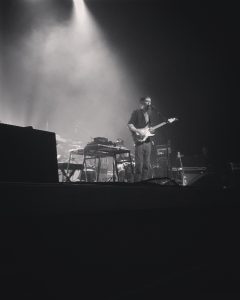 Anticipation for tonight was high, the gig was originally planned for June 2016 but was postponed after Charles Hayward suffered an injury at a sonic imperfection.

Tonight though all was well. Charles walked out took a seat at the piano and took us deep into a finely observed world of words and intricate piano melodies. Watching Charles mid set push a pram around the stage with an amp strapped to it, rolling tins containing stones across the stage, singing sonnets to slow trains, to rattlesnakes, to watching others I am seeing the world as a sidereal painting.

A screening of ‘The Black Tower’ by John Smith followed, a haunting and affecting piece of celluloid psychogeography.

Next up was Charles Bullen and his homemade melodic lap steel percussion magick. This was a meditation in deep tonal soundwaves, physical and grounded then lifting and floating, circling and cycling around the bodies in the barbican, returning to the stage and then out again for another lap. Mr Bullen sat directly beneath a spotlight, within a pool of light, for a moment it was as if he were alone in a room, a single lightbulb above his head, playing because he had to play, to make sense of something, to communicate, to transcend. 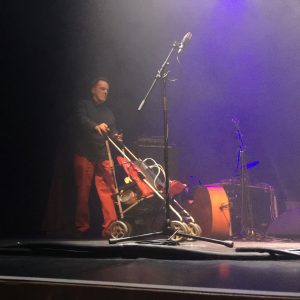 A short interval because we needed to return to the physical world.

This Is Not This Heat. Playing This Heat. These songs are alive, played by a modern orchestra of sorts, with a choir of voices singing for the fallen, of sleep, of dreams, of memories of health and efficiency. When they lock into a groove it could go on forever, each musician perfectly in tune and sync with the others, each note, tone, voice, whisper and scream as clear as daylight.
Sonically far expanded from even the spellbinding cafe Oto shows, the Barbican offering it’s crystalline PA and pound environment for Rock n roll. A utopian dream from squat culture. 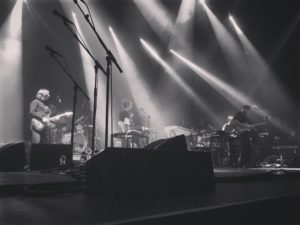