Home Music Bands Nostalgia For An Age Yet To Come: Buzzcocks Turn To Pledgemusic To... 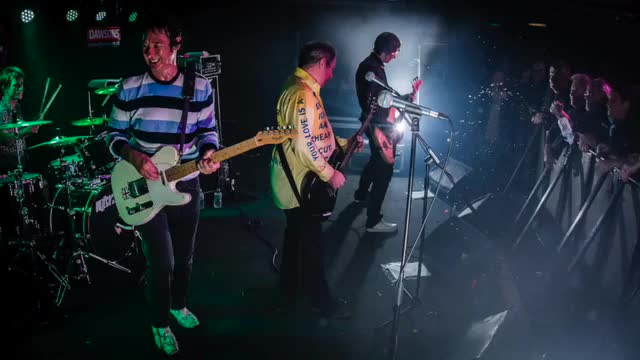 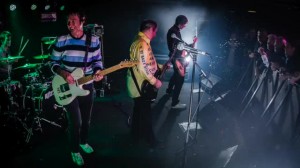 Buzzcocks have a new album in the pipeline and they’re turning to their fans, via Pledgemusic, to fund it.

In 1976, up-and-coming Manchester punks Buzzcocks decided that there wasn’t really a need to have to sell your soul to a record company to actually make records. This was the punk ethos after all – don’t accept the norm, ask questions and do stuff for yourself. So Buzzcocks borrowed £500 from friends and family and recorded and pressed their own record. They needed to sell about 600 of the 1000 records pressed at £1 to pay off their investors. Which they did. In fact, subsequent repressings ran to about 16,000 copies, and the ‘Spiral Scratch EP’, as it was, entered music mythology as the first independent punk release.

Flashforward thirty-odd years. Buzzcocks have just announced their ninth studio album and they’re financing it themselves through PledgeMusic. The system is simple. Bands make a shopping trolley full of goodies available to their global family and they pledge a sum towards the cost of the new album.

Using PledgeMusic, fans can pre-order a range of unique and desirable items or experiences including signed copies of the album on CD or vinyl, exclusive enamel badges and T shirts, handwritten lyric sheets, meet and greet opportunities and other bundles of goodies by pledging a cash amount to the project. The entry £8 pledge gets you an advance download of the album plus bonus tracks and private updates from the band. Top item is Pete Shelley’s own Eastwood Starway signature guitar, signed by him and played onstage at the landmark Back to Front shows in Manchester and London in 2012.

Buzzcocks’ previous album Flat Pack Philosophy (2006) took two years from initiation to release via conventional record company means. The direct-to-fan model streamlines the production process and cuts the production time to a few months. It can also benefit charity: a percentage of any pledges over the target amount can go to a charity, in this case the Teenage Cancer Trust.

“Using PledgeMusic gives us complete control over the project. It cuts out the middle men and strengthens the bond between Buzzcocks and our fans. It makes possible a two-way conversation and is truly interactive. Instead of passive consumerism it offers active participation in the creative process.”

“We focus more on the ‘why’ than the ‘what’. Fans don’t need more ways to buy – they need more reasons to. Unlike other platforms that simply provide a means for a purchase, Pledge takes a direct-to-fan approach, inviting fans behind the scenes and into the intimate process of making and releasing new music.”

It’s a win all round. The band get to make the record they want with no artistic or commercial interference, the fans get the chance to be involved and to get their hands-on stuff they wouldn’t be able to ordinarily. It’s as democratic and involving as the production process can be.

Does it work? It seems to. Stiff Little Fingers reached their 100% in twelve hours and topped out at 231% of their target.

That’s the real power of love, isn’t it? It only works, of course, if you have a critical mass of engaged fans but for bands with a pedigree and a strong work ethos, it’s the perfect way to finance new works without all the politics and without being a hostage to the perceived wants of the public as dictated by entertainment moguls.

One in the eye of the corporate shitehawks. Huzzah!

Check out the campaign at pledgemusic.com/projects/buzzcocks.

All words by Carlos. More work by Carlos can be found here.