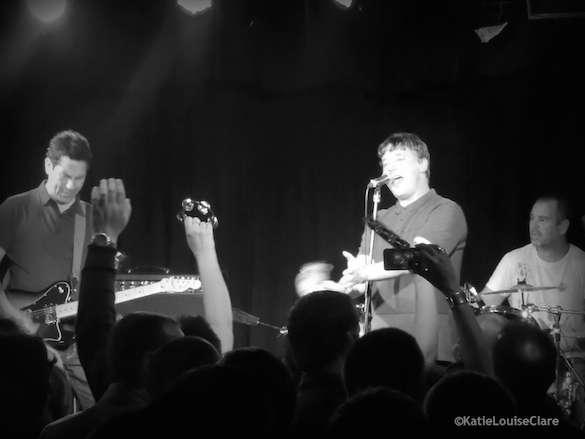 Photo of Northside above © Katie Clare

90s Madchester heroes Northside, who were famously signed to Factory Records of course, have recently returned to the road with a tour which culminated in a triumphant homecoming show in Manchester on Saturday. Louder Than War’s Katie Clare was in the thick of the action, tripping down memory lane along with her camera.

Think back to that approximately 18 month period from Spring 1990 to Autumn 1991 when the melding of underground youth culture; pop, rock, dance and hip hop music, birthed the ravers, the casuals and baggy’s. It came to a crescendo when these cross-cultural tribes made their way into the mainstream; from How To Dress Madchester articles in the Daily Mirror to filling a twin towered Wembley that special mix of adolescence, belief and creativity had exploded into every living room and consciousness. 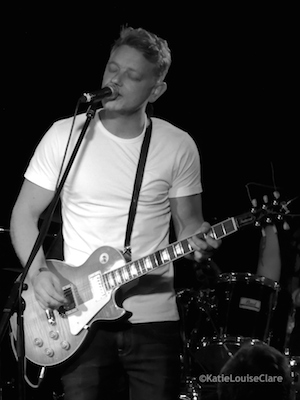 Any group of youthful lads sporting an accent, a swagger or a pair of loons were signed up, singled out and had records released in a matter of weeks. However, for each handful of baggy clad chancers there were bands such as Northside who displayed more solid foundations just waiting to be nurtured and built upon – a bit too good to be dismissed along with the hit and run chart busters. Instead of time to build on their creative groove, Northside became one of the casualties of Factory Record’s bankruptcy in late 1991, meaning that after just a trio of singles and a debut album, Northside split.

2014 saw the four original members embark on an eight date tour around the UK and tonight in Manchester is the climatic hometown final show. For many this is no mere gig; toing and froing of meet-up plans have taken place on social networks and many have travelled for tonight’s final show; from Scotland, London and the South West, making the majority of tonight’s crowd of loyal advocate’s, the volume of whom swamp the curious few who’ve found themselves at Manchester’s Academy today. The sun filled afternoon of building atmosphere in bars or terraces around the city is brought tenfold inside and the audience is in high spirits from doors open. 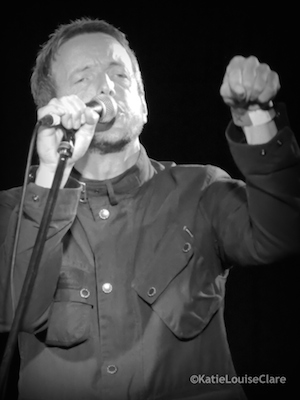 Any band opening a night to a crowd such a this would be forgiven for a show of nerves, however All The Kings Men (see photo above) were a bluesy tinged rock ‘n’ roll stage-full of confidence. Singer Matthew Holland delivered not only strong vocals, but also an absorbing stage presence. DJ Dave Sweetmore got the swelling crowds making shapes to tracks they’d probably been holding their cups in the air to 20 plus years back; in the shadows of the neon light and with the surrounding atmosphere it wasn’t too tough for these decades to melt away. A genuine treat prior to the band’s arrival was a small, but perfectly timed set from Salford poet JB Barrington (see photo right), his life observations delivered in delectably digestible verses, perfectly created and delivered with honesty, affection and immensely well-conceived humour.

Northside the band: front man Warren “Dermo” Dermody, Timmy Walsh on Guitar, Paul Walsh on Drums and Cliff Ogier on bass always delivered their own delicately lyrical, abstractly gangrenous and slightly quirky brand of alternative pop that, while fitted into the mood of the time, displayed some genuine depth and longevity. They open the night with Weight Of Air to an enthusiastic reception: no doubt they still have the skills to produce a great show and the characters to make it supremely enjoyable. As they work their way through tracks from their debut album, and tracks from the unreleased second, there are waves of high interest for the former and a slight dip in the latter, but it’s slight, and tracks that never made it to release are held close to the hearts of a higher enough percentage in the audience to not allow the momentum to wane. ‘Manchester vibes in the area’ shouts Dermo, sending the crowd into a chant “Thank you, thank you, thank you a million” he adds for the second time, the delight at the reception the band have received is evident in his huge grin and the vast stage energy he continues to exhibit throughout the set. 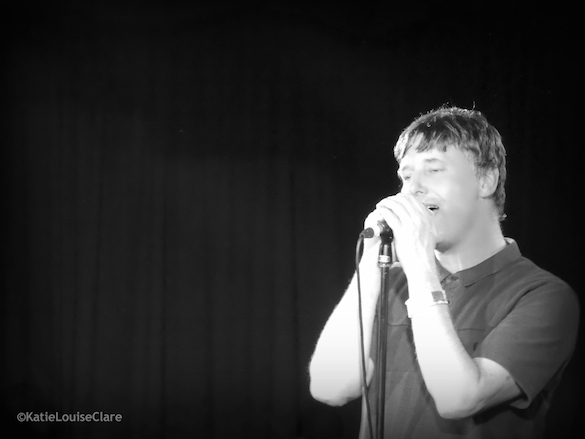 Photo above of Northside © Katie Clare

As the set list winds to an end the most fervent reception is held back for the three most well-known singles, not unexpectedly, however, this does not detract in the slightest, each is infectiously enjoyable filling the venue with not only an energetic atmosphere of good vibes, but also a thunderous singalong. While Take 5 and My Rising Star sounds more nostalgic by the year, the joyfulness in the former and the simple romanticism in the later mean it is not just hard, but near impossible not to be endeared towards them, and putting Shall We Take a Trip, with its weaving of guitar and crowd friendly chorus in as one of the two encores was a guaranteed way to finish with everyone joining in and bouncing along; which, in many ways, sums up the short time we got to enjoy Northside the first time around. We’ll just have to wait and see what is in store for them next.

On May 19th 2014 Northside release Shall We take A Trip (Cherry Red Records), a double CD release containing a re-mastered edition of their debut album Chicken Rhythms, the bands 7” and 12” mixes as well as previously unreleased recordings from a BBC Radio 5 session for Mark Radcliffe’s show Hit The North.

Pre-orders can be made via the Cherry Red website.

All words and photos by Katie Clare, whose Louder Than War author’s archive is here.