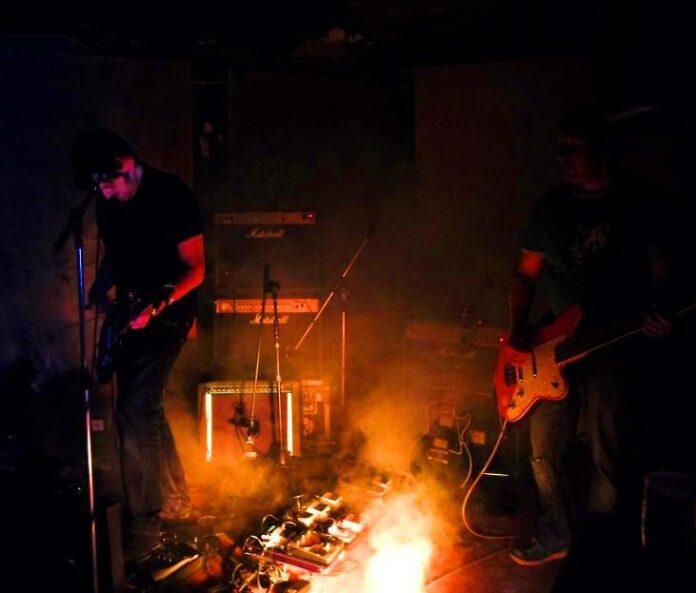 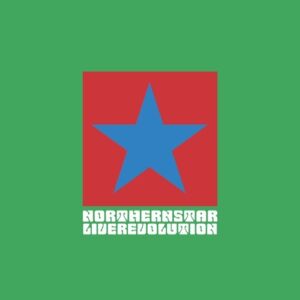 Northern Star Records have been at the forefront of contemporary psychedelic music since 2006. A limited vinyl compilation showcases highlights from their 2013 festival – and the 2014 bash looks like it’ll be just as good.

Before the internet, we had compilation albums. Yep, showing my age again, but the first commercially sold recorded music I owned wasn’t the pocket-money saved seven inch or tantalisingly gift-wrapped twelve-inch square under the Christmas tree, but a pair of twin cassettes, one red and one blue, the precursor to the enduring “Now!” series that was Ronco Super Hits ’81. I played them over and over until it wasn’t just my existing favourites – Tenpole Tudor and Hazel O’Connor (I didn’t understand why the real super hits of 81 by the likes of Adam and the Ants weren’t on there; at nine years old the vagaries of record label politics and licensing being some years ahead of me) – I knew inside out, but the not-actually-hits-at-all fillers: Jim Steinman’s power ballad classic ‘Rock ‘n’ Roll Dreams Come Through’ (years before the Meat Loaf hit version) and best of all the (not fully understood by my pre-teen mind) reggae-pop celebration of seed-spreading that was Winston Groovy’s ‘Something On The Side’.

Later, genre specific compilations served as our generation’s “if you liked X you might like Y” algorithm, C86 leading a teenage Half Man Half Biscuit fan towards the diverse paths of Bogshed and The Pastels. Of course they still happen – rarely a week goes by without my inbox inviting me to download the showcase collection of some label from whom I once ordered a single via Paypal, but it’s not quite the same. You might well give the unknown artists the time of day if you have it, but you’re far less likely to grow to love the song, and subsequently band, that you always hear because it’s on the same side as your favourite.

Yes, we can all be curators now. But have you ever tried to listen to every recommendation from friends and promoters and bloggers and websites like this one that pops up in your feed? You’d never have time to go to work or bed or actually out to see the bands whose songs somehow managed to stick out from the endless stream. Why not hand over to someone who knows their stuff? And if we’re talking contemporary psychedelic sounds, then Northern Star Records certainly do. “Psych” may well be very “in” at the moment (or was that last year?) but Scott Causer and friends are no bandwagoneers: back in 2006 they launched their first ‘Psychedelica’ collection, showcasing sounds as diverse as God is An Astronaut, Brian Jonestown Massacre and The Telescopes alongside little-known personal choices; I personally came across them a year later when Air Cav – then little known even within Manchester, never mind anywhere else, and yet to release a single of their own – and a friend of a friend’s band called Flowers Of Hell from Canada both appeared on volume two. Thus far, ‘Psychedelica’ has run to five editions, and in those tracklistings you’ll find plenty of names who now populate the bills of those Psychfests springing up all over the place. Alongside plenty who don’t. Because while the popular “psych” scene might go through fashions as much as any more mainstream scene – space rock to shoegaze, krautrock to dark noise – Northern Star couldn’t give a flying fuzz pedal who’s in this year’s hot lists. 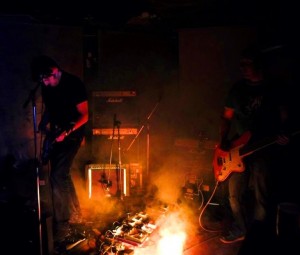 In March 2013, Northern Star had a party and invited loads of their favourite bands. A three day party, in the Windmill in Brixton. OK, technically it was a festival, but the tickets were ridiculously cheap especially if you considered them on a pounds per band basis, and the size and set-up meant pretty much everyone would know, or know someone who knew, everyone else – if not at the start then certainly by the end of the weekend. What we didn’t necessarily know at the time was it was all being recorded – no, thankfully not some NSA-style bugging of the smoking area to compile a list of people who might threaten national security with their overly effects-heavy record collections, but a high quality capture of the sounds coming from the stage, to be mined for the gems, post-produced by Causer himself alongside Paul Hollingsworth, and pressed up onto vinyl like festival organisers used to do before half the people on it were even born.

They’ve done a sterling job on it. At no point does “Live Revolution” sound like some dodgy bootleg, but they’ve still managed to capture the feel of each performance. Swansea’s Soundwire blast off side one, coming on like the less smacked-out little brother of Primal Scream’s ‘Motorhead’ cover with so much raw energy dripping from the speakers you’ll instantly think you’re back in the bar trying not to spill your pint down the monitors – even if you weren’t actually there. Glasgow’s Early Morning Satellites pick up the ball and run with it via a classic slice of noisy upbeat shoegaze, while fellow Scots The Carousels deliver an important reminder that it’s quite possible to be psychedelic without overloading the eardrums, opting instead for a Byrds-flavoured twelve-string jangle. One band who proved unforgettable at the festival was Gothenburg’s The Greencoats, who seemed to have about a dozen members dressed entirely in white, but even without that spectacle it’s a sizeable sound they’ve got going on here with layers of early nineties fuzz wrapping round driving garage rock.

On to side two then and The Electric Mainline – effectively the Northern Star house band – shoot a bit of Mary Chain speed-fuzz into proceedings; fans of A Place To Bury Strangers should go and check them out immediately. Deep Cut up the garage rock’n’roll factor in a kind of early Duke Spirit / Black Rebel Motorcycle Club direction, while Air Cav preview a track from their forthcoming second album that implies it’s going to be a much bigger, bolder and, yes, more psychedelic affair than their debut and one to look forward to.

The album ends – as indeed did the festival – with the blistering squall of feedback-drenched shoegaze noise that is 93millionmilesfromthesun: one of the best live bands around, you an at least recreate some of the effect by turning it up until your speakers are pleading for their lives while trying to shield your eyes from an industrial strobe light, though we take no responsibility for any side-effects of actually trying this at home. They’ve already confirmed their appearance at this year’s bash which again takes over Brixton Windmill for three days on 28-30th March; Soundwire, The Greencoats and The Electric Mainline will be back too along with indie legends The Wolfhounds and 14 Iced Bears plus a slew of bands yet to be announced, all for a barely believable 20 quid (single day tickets also available for a tenner or less). But “Live Revolution” is much more than just a souvenir, it’s a record you’d actually want to listen to in its own right. Stream it online by all means – it is 2014 after all – me I’ve already ordered my vinyl. Not just for the exclusive versions of tracks by a couple of my favourite bands, but – just like Ronco’s Super Hits Of 81 – for the “something on the side”.

Live Revolution is a strictly limited edition vinyl release, available for pre-order only; they will make as many as are ordered. Pre-order is open until 28th February 2014 via the Northern Star website, after which this item will no longer be available. Day and weekend tickets for the 2014 weekender are available here.