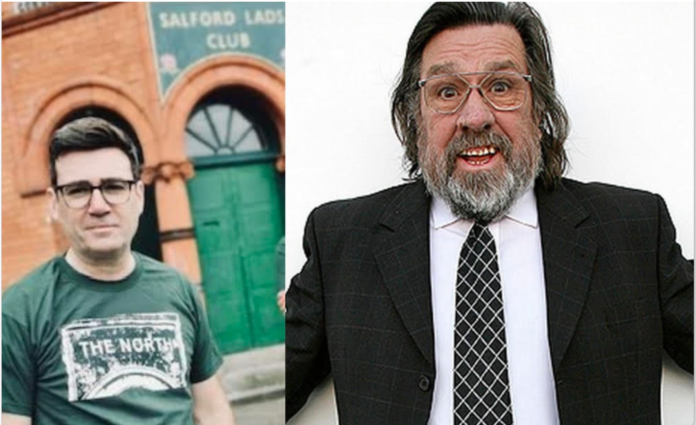 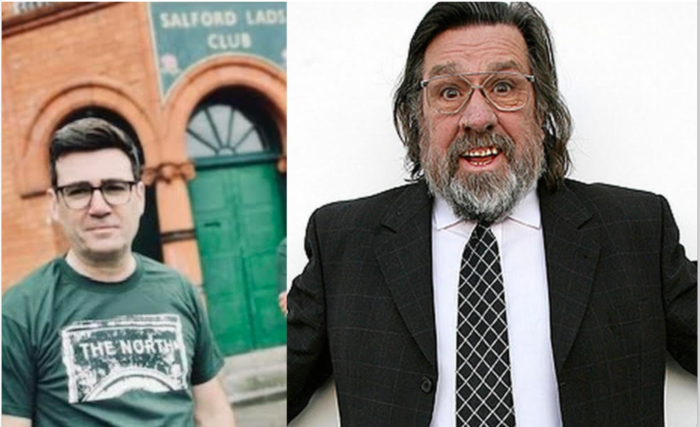 Salford Lads Club is proud to announce that Manchester Mayor, Andy Burnham will be in-conversation with special guest, Ricky Tomlinson for a fundraising evening on Saturday 5th March.

Actor, author, comedian, political activist – and a wizard on the banjo – Ricky Tomlinson has entertained audiences for 40 years. After making a name for himself on Brookside back in 1982 and a subsequent variety of roles in TV and films Ricky is probably best known for his well-loved role as Jim Royle in The Royle Family. Ricky’s hilarious performances spanned three series and eight specials, starring as the character for over ten years. The Royle Family is regarded as one of Britain’s greatest comedies and viewed by millions.

A versatile performer, and proud of his working-class roots, Ricky’s on-screen career has seen him become a very popular television personality. It takes a lot to coax Ricky to leave his beloved Liverpool but a request by the Manchester Mayor to have a chat on stage at the iconic Salford Lads Club, won him over.

Former Secretary of State for Culture, Media & Sport, Everton fan, occasional DJ and now mayor of Manchester, Andy Burnham has been a supporter of this historic venue for several years. In 2017 he came along to meet a group of young people and volunteers before they set off on a trip to New York, which was funded with the support of The Smiths drummer Mike Joyce.  Last summer, Andy and and Salford Mayor Paul Dennett helped Salford Lads Club promote their latest ‘The North’ t-shirts to raise funds to cover the 90k loss of income as a result of the pandemic.

Andy had said to a ‘friend of Salford Lads Club’ that Ricky Tomlinson was on his wish list of people he’d love to interview on stage. So this special event will be a fantastic opportunity to hear them chat on stage together in front of an intimate audience at Salford Lads Club.

“It will be great to have Ricky Tomlinson visit our venue as a special guest and also to welcome back Andy Burnham. Andy and Salford Mayor, Paul Dennett helped us promote our latest ‘The North’ t-shirt, which has raised over 25k. Our campaign was part inspired by Andy standing up to the unfair treatment of our region from the government. We are all looking forward to this first event of 2022 with Andy and Ricky and I wouldn’t be surprised if ‘The North’ comes up in conversation!”

For the second part of the evening, there will be a Q&A, where Andy will be reading out selected questions submitted by members of the audience to ask Ricky.

This special event will be a fundraiser for the building itself and projects for its young members. As a small charity Salford Lads Club relies on opening up its famous building for visitors and events – including weddings – and film crews. It is run by a team of volunteers, who will be happy to show everyone around and talk about the famous club’s history. It will also provide an ideal opportunity for the audience to look at the impressive Wall of Names and The Smiths Room, which now has two unique giant hinged panels to display the increasing number of photos and post-it notes from fans.

Salford Lads Club merchandise will be on sale throughout the evening – including the latest ‘North’ t-shirt design, which is modelled by ‘the King of the North’ in the photo above.

The Salford Lads Club doors will open at 6.30pm. The event will start at 8pm and will finish at approximately 9.45pm, including an interval.