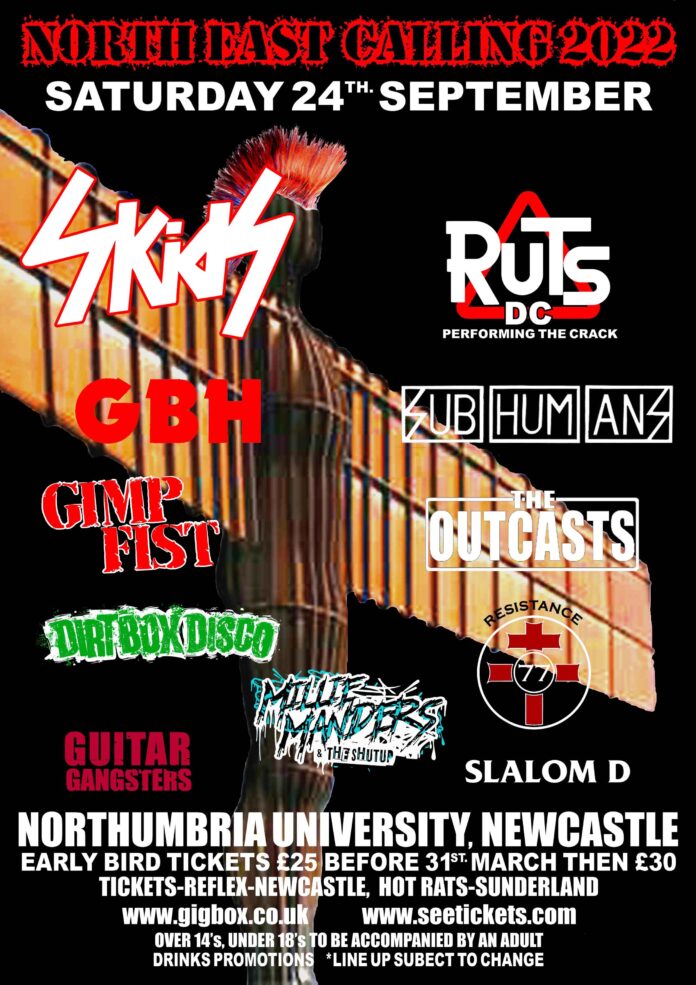 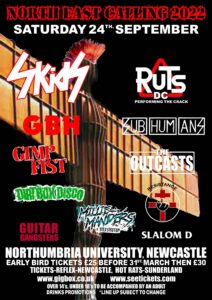 Promoters Gigbox have just announced the line up for the North East Calling 2022 Festival.

Artists confirmed to appear included the Skids, who have recently released Songs From A Haunted Ballroom (Cleopatra Records); an album of covers of songs that influenced the band in their earliest days. Ruts DC are also confirmed and will be performing their classic album The Crack in its entirety – this follows their most recent UK tour to celebrate the release of the album, in addition during the pandemic lockdown they released the wonderful ElectrAcoustiC album (LTW review).

Also confirmed to appear are GBH, Subhumans, Gimp Fist, and The Outcasts who will appear alongside Dirt Box Disco, Millie Manders & The Shut Up, Guitar Gangsters, and Slalom D.

Louder Than War has a long partnership with the Calling events, as such we will once again be an official ticket outlet.

The event is open to person’s 14+ years of age (Under 18’s to be accompanied by an adult).

Advance Tickets are available from the LTW Shop – £25 prior to 31st March, then increasing to £30.

(Line up subject to change). 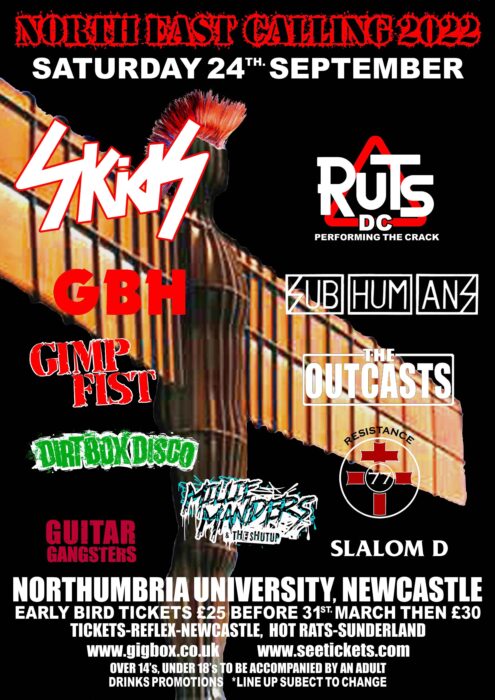