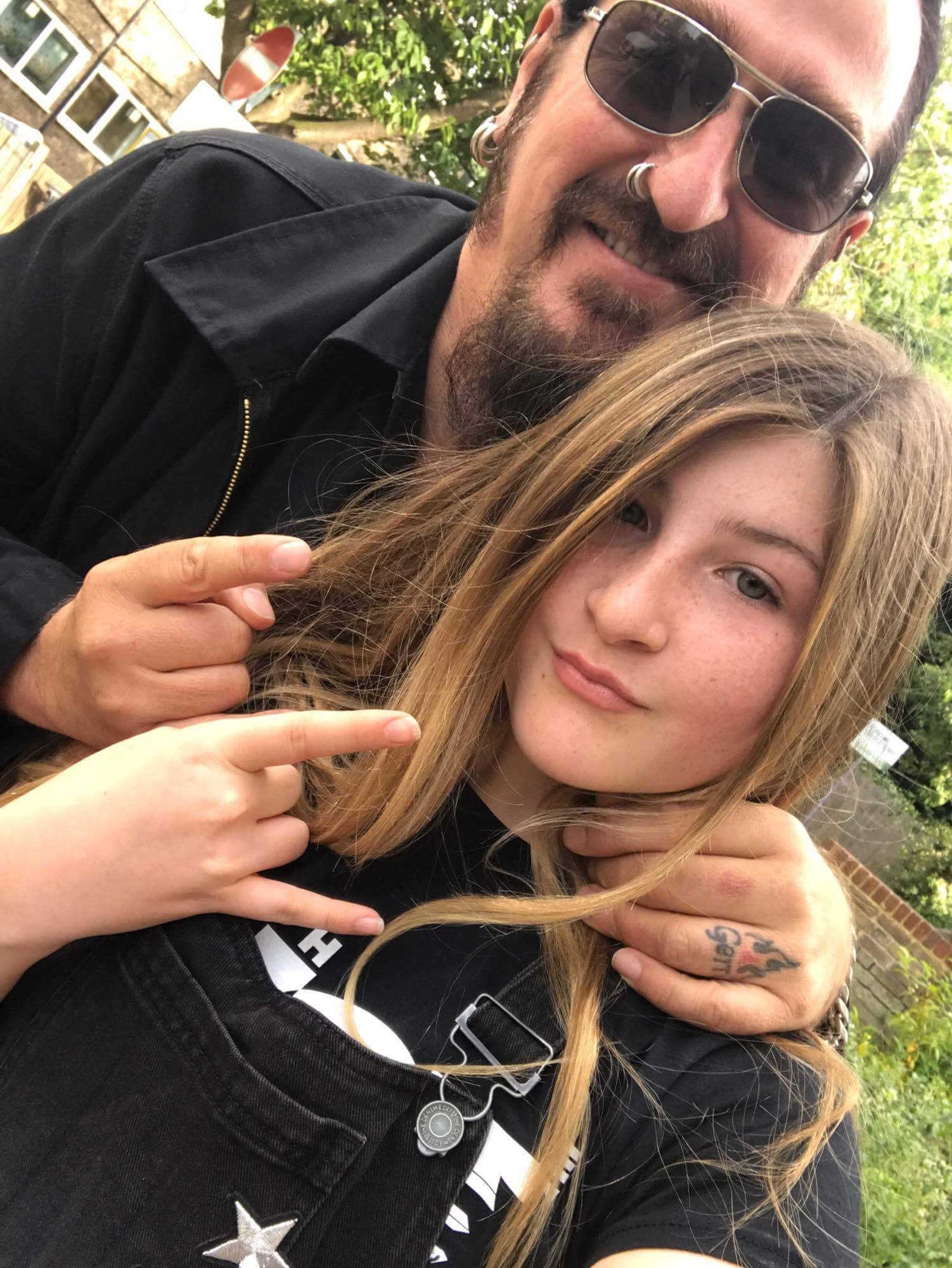 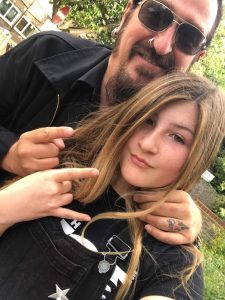 Louder Than War’s Eileen Shapiro catches up with one of the music scenes key players and his daughter Summer Jenkins, as her band prepare to debut.

If you have been to any of the following concerts: Adam Ant, The Alarm, Charli XCX, Ian Hunter, Fields of The Nephilim, The Jim Jones Revue, Big Country, Killing Joke, ( and many more), you have most likely run into Roy Jenkins, at the merchandise table, as you scrambled to purchase a  t-shirt or treasured remembrance of your favorite group before leaving the venue.

Certainly the most sought-after person at the concert, and busiest,  aside from the featured artist, is Roy Jenkins – the mastermind behind Noise Merchandise. He controls the chaos, mayhem and havoc, as crowds of excited fanatic’s, sometimes thousands at a time, rush to buy a memory.

Raised in the midst of the music and concert world it follows that Roy’s 12-year-old daughter would eventually desire a career in the music industry, and it just so happens singer Summer Strummer Jenkins is talented enough to do so. I spoke to Summer on the eve of her band’s showcase at a school festival that her band, The Fuse, was chosen to perform at. Roy also spoke of some behind the scenes merchandise scenarios.

Louder Than War: Roy, will you be bringing Summer to the US Adam Ant Anthems/Singles Tour in September?

Roy: I don’t know. It’s her birthday on the day I fly out. I was thinking about coming a few days earlier and bringing her for her birthday. She’s dying to go to New York. Summer is actually doing a little festival at the school today.

Summer, tell me about that.

Summer: I’ve been asked to play at the summer fair, and my band is going to perform there. It’s called The Fuse (and she then pointed to the T-Shirt she was wearing with her band’s name on it, obviously designed by her dad).

So, you are the frontwoman, correct? And you are busy doing acting and dancing as well?

Summer: Yeah. Tomorrow I’ve got my drama show, and then we are going to see Green Day.

Roy: Rancid is also on the bill for the show tomorrow, one of my favorite groups. I met Mike in San Francisco. He’s a big Adam Ant fan.

I love the new Adam Ant shirts that you’ve posted. Was that your idea?

Roy: It was. I had seen one of the fans wear it, but it was a really bad one, so I had to do it. We are in the midst of doing the art work.

That might have to be my next tattoo. You must be getting ready for the US tour?

Roy: Oh yeah. We’ve got the Anthem tour in the US and then The Kings tour in Australia.

So let’s get back to Summer for a minute, what kind of music do you like?

Summer: I really like Green Day and all of the stuff my dad listens to. I also like Taylor Swift, Brianna Carpenter, and people like that. I love Johnny Orlando and Mackenzie Ziegler. They are around my age, they’re like 13 and 14. Mackenzie is a dancer and now  she does some singing, and Johnny Orlando is a boy who got famous off of YouTube.

What will you be singing tonight?

Summer: We’re singing, Nothing Holding Me Back by Sean Mendez. We’re just doing one song because everyone only has three minutes, but I’m dancing as well.

Do you want to be a rock star?

Summer:  I really want to be a singer, and then I also want to be an actress as well. Then I want to dance for fun.

If you could say anything to your friends and fans, what would you want them to know?

Summer: They all really support me and I’d love to say thank you to them for all their support. My friend Noah always tells me to mention him. My best friend Bonnie, she’s the most amazing and supportive person ever. Hannah, she’s so funny and a she’s a brilliant guitarist. My whole band is amazing. My best friend Bonnie is a singer as well, and my best friend Hannah is the guitarist and she does some harmonizing over us. Then Millie is the drummer. Then we have Dylan he’s a guitarist, and is so talented and amazing.

Roy, you must be very proud of her.

Roy: I’m very proud of her. She’s got another all day show coming up too. So they had this thing at her school and she put a band together and they auditioned. I was really quite pleased and proud of her. I was just so proud of her getting that together. The other day she was asking me about going on The Voice.

I want to see her on one of those shows next year, she is awesome. So what are some of your fun memories from your last tour of the US?

Roy: I found that when we were over in the states a lot of people were humbled this time, after you had Trump in. I remember one night there was this girl at the hotel saying that she wanted to move to Europe. I asked her why, and she said because of Trump. I mean he’s a bit erratic, but he’s not worse than Reagan or Bush?

Trump is the worst. He’s an embarrassment to most of us.

Roy: But wasn’t Bush? To the outside world everybody thought how did he get in? We all thought his eyes met in the middle and he was some funky guy. What I’ve found is over a period of years of traveling is, English people and French people, the people that don’t like another country are people that haven’t moved, and they’ve never traveled. When you think that all of England can fit in New York State, and then you think about all of the mad people in England and times that by 50…..if you watch Faulty Towers, that is how I was brought up to view Americans.

So when I went to America it was like going to a different continent every time you’d go somewhere. It’s people’s ignorance, isn’t it? A place I really liked, was Tucson Arizona. What I found about the place is it gave me that kind of feeling of what London was like when I first came to London. It’s kind of growing and developing. People embraced you. I was trying to open this box. We were really late  because the bus broke down. The girls working there saw me trying to open that box, and told me what I was using was not a knife. They went off and brought me back this big knife, and I was in hysterics. It was hilarious.

Why did you start your merch company?

Roy: I saw all these people ripping off people. You can make money and enjoy what you’re doing without ripping people off. I use to manage a little band from Ireland and went to Los Angeles to sign them up. That’s how Noise Management started. We started off as a management company. Then I decided I had enough of bands…I built my company up by going out there and doing a good job.

And a great job he does! I later met his wife Gerry and his son Jay Rock, who were also fabulous. In short if you are in need of a dynamic and trust worthy merch man, make sure you find Roy.

For more information or to get in touch with Noise Merchandise you can find them on Twitter @noisemerch, @tshirtmachine, or @roynoise. You can also find them on Facebook and Instagram at Noisemerch or Roynoisemerch.