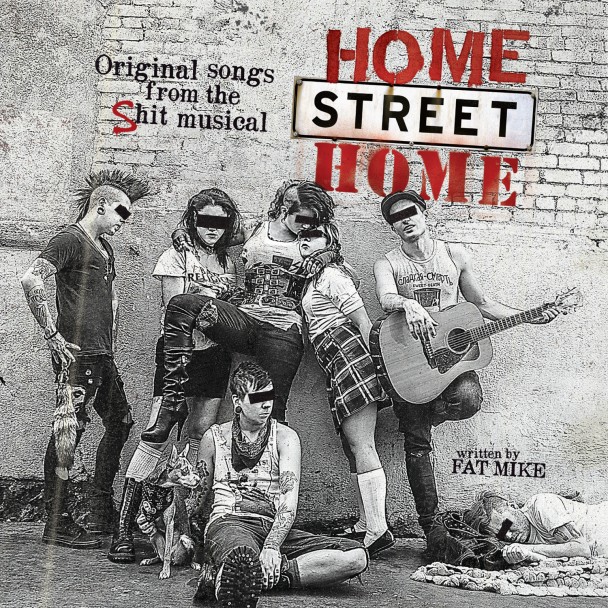 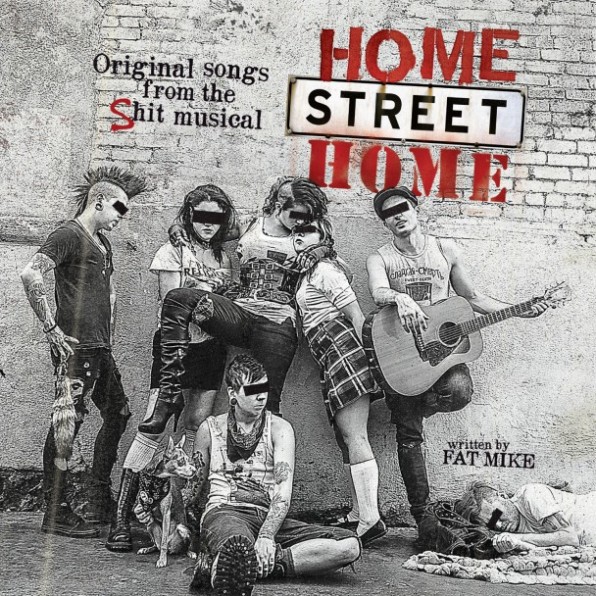 Back in December we learnt that NOFX’s Fat Mike had written a punk rock musical. It’s now streaming in full over on Soundcloud – scroll down to hear it.

Artists performing the songs read like a “who’s who” of the contemporary punk rokc scene, including:

Home Street Home tells the story of a homeless gutter punk kids and is based on Fat Mike’s own experiences. Adding serious “musical” kudos, Fat Mike wrote it with AVN Award Winner Soma Snakeoil and Avenue Q composer Jeff Marx and it includes lyrics such as…

“…with everybody doing drugs it makes the world a better place to be.”

The play debuts today in San Francisco, and the original soundtrack is available to purchase from Fat Wreck Chords website, which is where this quote comes from:

“Based on true stories of the authors’ experiences, the story of Home Street Home revolves around Sue, a 16-year old runaway who plunges headfirst into the deviant subculture and alternative lifestyle of the streets. After being adopted into a tribe of homeless teens, Sue finds empowerment and acceptance from her new chosen family.

“Fat Mike said, “Ever since I saw Rocky Horror when I was 8, I’ve been intrigued by musicals. Well, not all musicals, just the ones that break the mold. Luckily, I found two people, Jeff Marx and Soma Snakeoil, that love breaking things as much as I do. This is fucking fun!”

If you’re lucky enough to live in the states / San Francisco you can get tickets here.

The songs are brilliant, big emotion tickling numbers, as one would expect from any musical, and straight up “fucking fun” as Fat Mike says above. Check them out here: