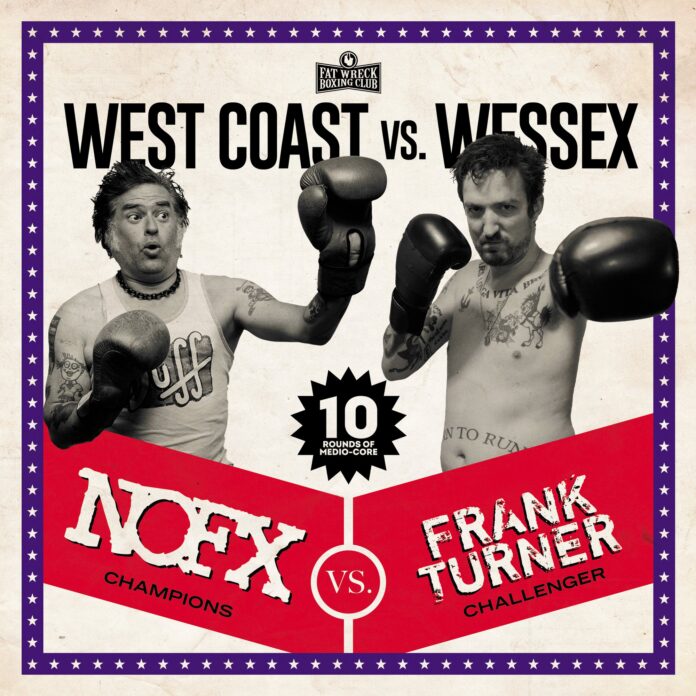 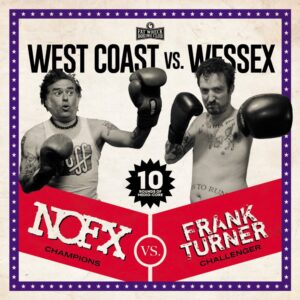 These days, the idea of a split is a nostalgic one. Archaic almost. Originally conceived in the early 1980s, it was a cost-effective way for smaller independent imprints to push their lesser known artists. Times have changed since then. As has the way in which labels will promote their bands. As such, in the era of Spotify and YouTube, split releases are something of an anachronism rarely seen outside of the punk/hardcore underground. It’s for that reason that the West Coast vs Wessex is such a tantalising prospect.

Ten tracks split equally, with the two bands covering five of each other’s songs, it harks back to the now-legendary 2002 split NOFX did with Rancid. Where the sound of those two bands was similar however, Turner’s folk-punk troubadourism is a far cry from the snotty skate punk of NOFX, a dichotomy which makes for an enjoyable and entertaining listen.

And at its heart, that’s exactly what West Coast vs Wessex is. Enjoyable. Fun. And it doesn’t pretend to be anything else. It’s two acts who are not only friends, but fans of each other’s work and that’s something that shines through, not just in the choices of covers, but in the arrangement and execution of them also.

With the focus seemingly on cuts from earlier in each band’s career, the likes of Turner’s Substitute, Thatcher Fucked The Kids and Ballad of Me and My Friends are all given true NOFX treatment. Substitute for instance, sees Fat Mike switching out lyrics to incorporate his well-known love of S&M, while Worst Things Happen at Sea manages to retain the original’s sombre nature while the unmistakeable call and response vocals of Fat Mike and Eric Melvin allow the band to make it truly their own.

On the flip side, Turner picks five of his personal favourite NOFX songs, really turning them on their head. Anyone familiar with Turner’s B-Sides and rarities albums will know he’s not adverse to covers, especially when allowed the freedom to give them their own spin. Here does that with five NOFX songs all from the 1990s.

Bob is perhaps the most well-known, and here is given the Country & Western treatment (including harmonica solo) that’s far enough removed from its original to really piss off purists (go and look at Fat Wreck Chords Facebook page if you don’t believe me). Elsewhere the usually reggae-fuelled Eat the Meek is given a sense of urgency thanks to a persistent rolling percussion and an almost pleading delivery from Turner himself.

Honestly, West Coast Vs Wessex will have its detractors, especially those on the NOFX side. However, this isn’t a record that needs to, nor should be, taken seriously. Of course, Turner succeeds in making NOFX’s trademark irreverence feel weightier than it should, particularly on closer Falling In Love, but the fact remains that here are two bands that respect each other’s work and have had a blast playing with respective aesthetics. You should have fun listening to it.