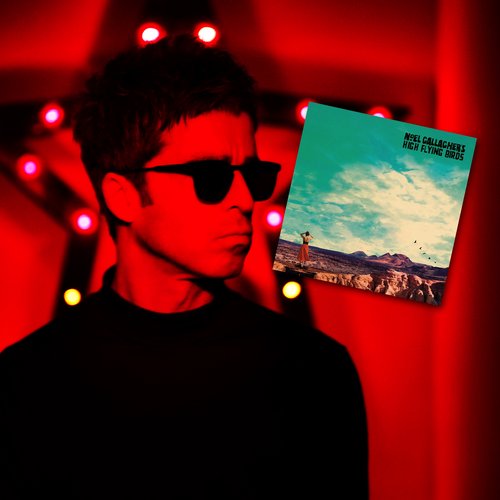 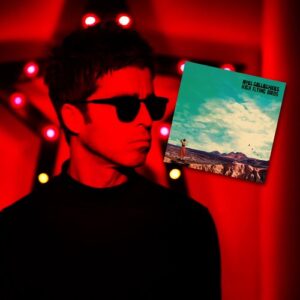 In the Great War of the Roses or the war of the Gallagher’s the last few weeks has seen Liam take an unlikely lead – his well received new album looks like a shoe in for number one and brand Liam is at its highest point since the Oasis days.

Noel’s reply has caught people by surprise and it’s still an event unlike most bands these days.

His new single was played today and opinions are split.

We think it’s a wonderful thing.

The ever astute sure footed NG has decided he needs to swerve from his blueprint and has released a single that has raised eyebrows with a glam tinged pop boogie that could have been released in 1974 when tinsel tinged Top Of The Pops was the central pillar of all teen culture.

With hints of Kenny, mid period Mud, Lieutenant Pigeon and the godlike Mott The Hoople and even Plastic Bertrand’s wonderful Ca Plan Pour Moi this is a song that doesn’t care about being cool.

Infectiously catchy it embraces the so called second teir of glam and those long lost names of seventies tea time who had huge hits with songs that were way beyond music critic world but eternally loved by lovers of the period. Noel has never cared about what was cool in music and the mistake was to always assume that he was a Beatles obsessive – Oasis were often closer to a stomping glam band than sixties mod cool and as the keeper of the key of the British pop museum Noel has always understood that the hook is everything and that pushing the envelope can be Glitter beat as much as Captain Beefheart.

At 50 he is just about old enough to remember Top Of The Pops in its glory days and has always embraced Blackpool more than Hoxton – it takes total cool to go beyond cool and we embrace this glam tinged new Noel.