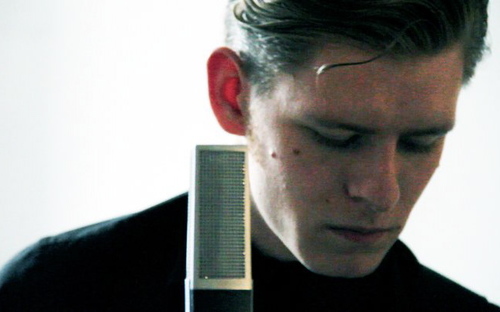 ‘What Have You Done Today, Mervyn Day?’ Paul Kelly’s landmark semi-documentary about East London’s largely neglected Lea Valley following a fictional teenage paper boy (Mervyn) as he made deliveries around the area on the eve of its redevelopment for the 2012 Olympics was released ten years ago. Noah Kelly, Paul’s nephew starred in the film/wrote its closing music. To mark its 10th anniversary, Noah has released a cover of the main theme from its soundtrack.

This latest track was recorded with long-time Saint Etienne collaborator, Ian Catt (who produced the film’s original soundtrack) and for its artwork, he returned with Paul to Hackney Wick where they took photographs of Mervyn in the now completely unrecognisable area that had been the Lower Lea Valley.