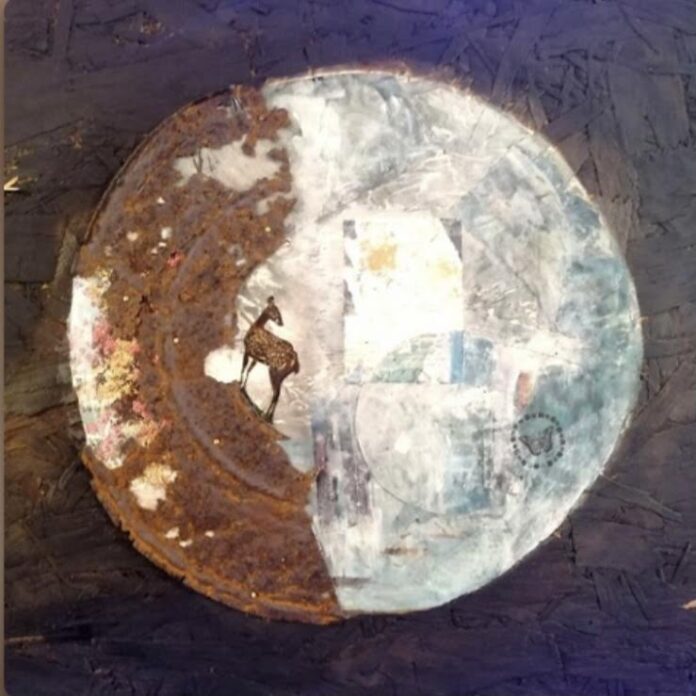 No Thee No Ess
“Dimmer Switch”
Album Review
Soundcloud only
Picture yourself in a boat on a river….lying on your back, passing a wildflower meadow, with hazy summer sunshine and a picnic glass of home-made cider in your outstretched hand as the ripples lap you by: Here’s your soundtrack; it’s ‘Dimmer’ by Welsh band No Thee No Ess.
No Thee No Ess are the brainchild of Welsh songwriters and guitarists Andy Fung (also vocals) and Paul Battenbough. Both have a high pedigree of previous Celtic work (Derrero, Cymbient, The Cosmic Array amongst others) and they’ve come together to make this debut album with collaborator and producer Frank Naughton, founding member of seminal 90’s techno act Mu-Ziq, to create this quite eclectic but beautifully crafted body of work.
Twelve tracks; from opener Kaleidoscope which is like an awakening at dawn from a stream of semi-consciousness dream fragments to the album closer, the swirling and soaring, World of Twist-like Wild Prairie.
There’s light and shade. Full of ideas from master musicians and producer at the top of their respective games. It’s got a 60’s psychedelia, space-race, trippy-swirly feel to it.
The general theme of the album is harmonic compositions of drift-like dreamy lyrics bookending an incongruous and slightly challenging middle section. Like rapids in a river. Back in the day these three songs would be on the flip side of an album to test the true fan. They are Jazz Hands, a sprightly jumble of sax-hooks, the falsetto nightmare of Cascading Éclair and what could have been the offspring of Datblygu and The Fall, the comical but cautionary, Consumption.
But the real beauty of this album are songs like the single, Chorus, where majestic choral harmonies seep over a hypnotic chugging beat drawing you in and taking you on a mindful journey. And that journey is really worth taking. The gentle fragility of Broken Silence wouldn’t be out of place on the soundtrack of The Graduate. Broken Wheel Symphony is like falling down Alice’s rabbit hole and then making the first steps into the new world.
There’s a lazy-hazy late-summery feel about the work with several references to our big yellow star and how it impacts our world. And our world is just that bit better for having No Thee No Ess let that sunshine in:, so, go absorb.
Out now on Soundcloud: https://soundcloud.app.goo.gl/d6KnsW8GsoZv9pTQ9