Home Music Reviews Album Reviews No One Sun: All We Rely On Is Stolen – album review 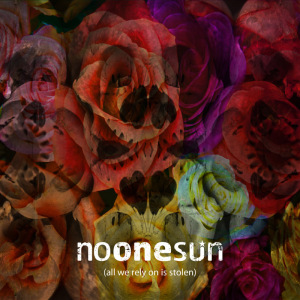 No One Sun – All We Rely On Is Stolen

Depending on your musical preferences, sounding like a cross between The Stereophonics and Manic Street Preachers can have its advantages and, if you sound like they did before they both went a bit rubbish, it’s probably a bigger one too. No One Sun have that sound but, to be fair, they also have an added twist in that their songs are probably better.

Hailing from Manchester and God’s own country, the North West, they bring a big sound of pop rock with some choruses stronger than others. With a hint of American rock in their sound and more than a passing resemblance at times to Kelly Jones, they glide effortlessly through eleven well constructed and well played tracks. The production is also positive and brings everything to life – guitars soar, drums pound and the voices blend well together although the latter could be slightly stronger.

Album opener and highlight California perfectly shows off No One Sun at their best. A catchy and punchy little number which, despite only hearing twice, I’ve had in my head all day. Lyrically they aren’t the best, rhyming ‘California’ with ‘warn ya’, but in terms of feel and passion they certainly have it in abundance.

They’re not all rock either. The Moment slows the pace for a while showing that they have a few tricks up their sleeve. I Don’t Know What To Say To You and the title track are also worthy of a mention as they breeze along with strong melodies, pumping bass and indie guitar riffs aplenty with a mid-Atlantic tone.

With album closer Home they’ve clearly gone for the rousing anthem which may also just be the perfect gig closer. No One Sun can write a song or two and with a little fine tuning could easily slip into a few music collections along the way.