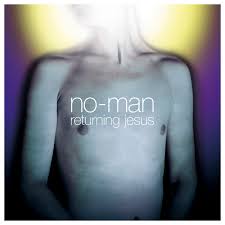 As the two main protagonists of no-man find continued success in their own ventures, here’s a chance to cast the musical mind back a few years to a re-issue from a time when the duo of Steven Wilson and Tim Bowness were busy producing a kaleidoscope of experimental sonic visions.

The Wilson/Bowness duo’s fourth album, originally released in 2001, was (and still is) a collection of ambitious songs which combine singer-songwriter, art rock, jazz, and ambient influences with the band’s unique widescreen production and atmospheric melancholy arrangements. The double CD and vinyl contains the original album with the benefit of a brand new Steven Wilson remaster – he must be doing them in his sleep – yet his involvement in the gestation of the music gives a knowledgeable yet fresh perspective. There’s also the bonus extras of b-sides, demos and alternate versions (including some previously unreleased recordings).

Tim Bowness has contributed extensive sleeve notes expounding on the process of arriving at the finished album, one that originally went through a series of revisions as explained in detail. Of course, these are the days when we can be less precious and share the leftovers or ‘works in progress’ material that goes some way to quenching the fans thirst whilst also revealing something more behind the evolution of the record.

The new Returning Jesus has all the classic and elegant no-man hallmarks from the music to the package and inclusion of such eminent guests as Theo Travis (Soft Machine) on saxophone and flute, and Porcupine Tree’s Colin Edwin adding a significant bass and double bass presence. It’s the sort of boundary free experimental music with its roots in what’s broadly tagged as art rock that works in much the same way as the way The Unthanks have been taking the folk world by storm. One where the focus takes a less is more approach with spacious and sensitive arrangements where every note is considered. It’s a philosophy expressed particularly eloquently in the title track that Tim has called “lyrically the ultimate in trying to express as much as I could with as few words as possible.”

Returning Jesus is a reissue where the uninitiated can admire no-man’s experimental side as in the opening Only Rain, Ian Carr’s trumpet punctuating random sounds in an almost avant garde looseness and the sequencing of what Tim Bowness has called two of no-man’s best piano based songs together; Carolina Skeletons and Outside the Machine. It’s easy to fall under the spell of the easy relaxed Floyd tempo of No Defence and eight minutes fly by as Close Your Eyes gets into a genial groove.

For those more familiar with the album, the extra disc of demos and alternate versions give an opportunity to peek behind some of the working methods. The two Lighthouse demos are interesting to compare with the album version plus there are fully formed versions of Chelsea Cap, Something Falls and Darkroom which didn’t make the final cut – a result of quality and flow over quantity – the latter giving a unknowingly tantalising clue as to what might appear on Wilson’s The Raven That Didn’t Sing album some years later.

You can hear Lighthouse from the album here:

All words by Mike Ainscoe. You can find more of Mike’s writing on Louder Than War at his author’sarchive. He can be found on Facebook and his website is www.michaelainscoephotography.co.uk