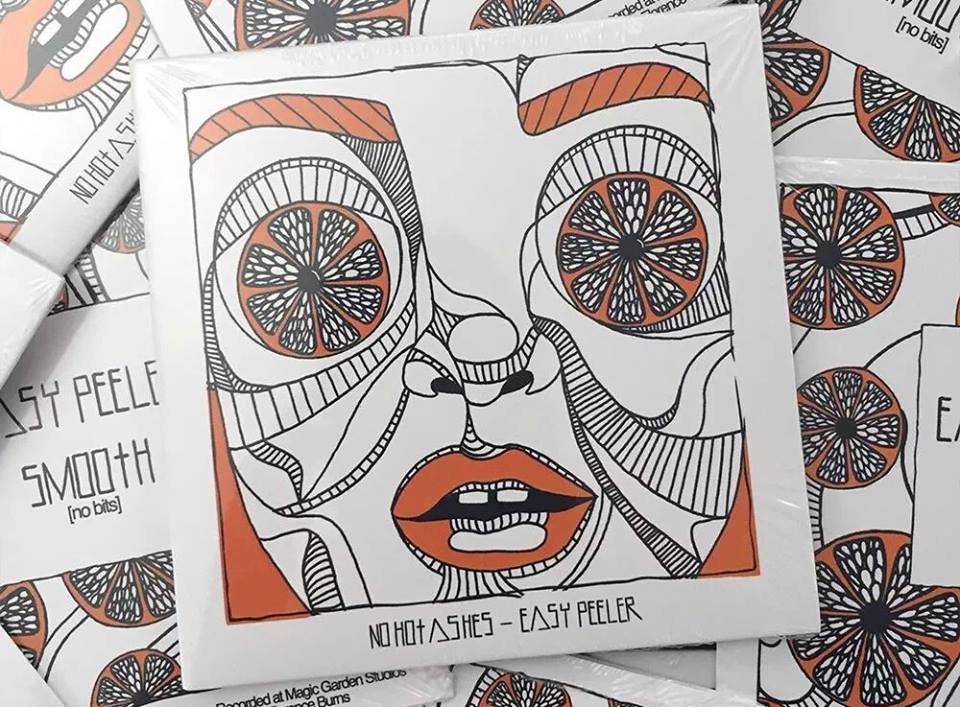 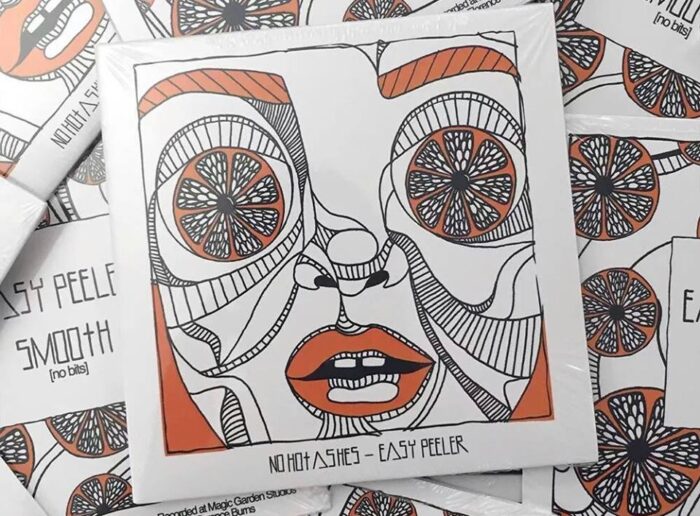 When well-known funk and soul fan Craig Charles was caught in a taxi buying numerous jazz mags and smoking crack cocaine almost ten years ago, he wouldn’t have been listening to No Hot Ashes. We like to think, however, that should a similar scandal erupt now it would be the band’s latest double A-Side that would soundtrack such a downward spiral.

Not that we condone such antics of course, but the sheer sleaze that drips from both Easy Peeler and Smooth is sure to tickle to the tastebuds of any funk aficionado, whilst managing to maintain a perfectly contemporary sound that’s indicative of today’s indie bands as well.

Muted chords and upstrokes feature heavily as one might expect, but it’s the erratic and emphatic vocal delivery of singer Isaac Taylor, his off-kilter and occasionally clipped word play, that really steals the show and makes No Hot Ashes one of the most consistent young acts coming up in the North West at the moment.

The release was accompanied by a chaotic sold out show at Manchester’s Kraak Gallery, and was produced and mixed once again by Gavin Monaghan and Joseph Murray, a band/engineer combination that has stood No Hot Ashes in good stead previously. They might only be young, but the devotion and energy the band exude is palpable, and is something that will carry them far beyond the poky confines of venues such as Kraak.