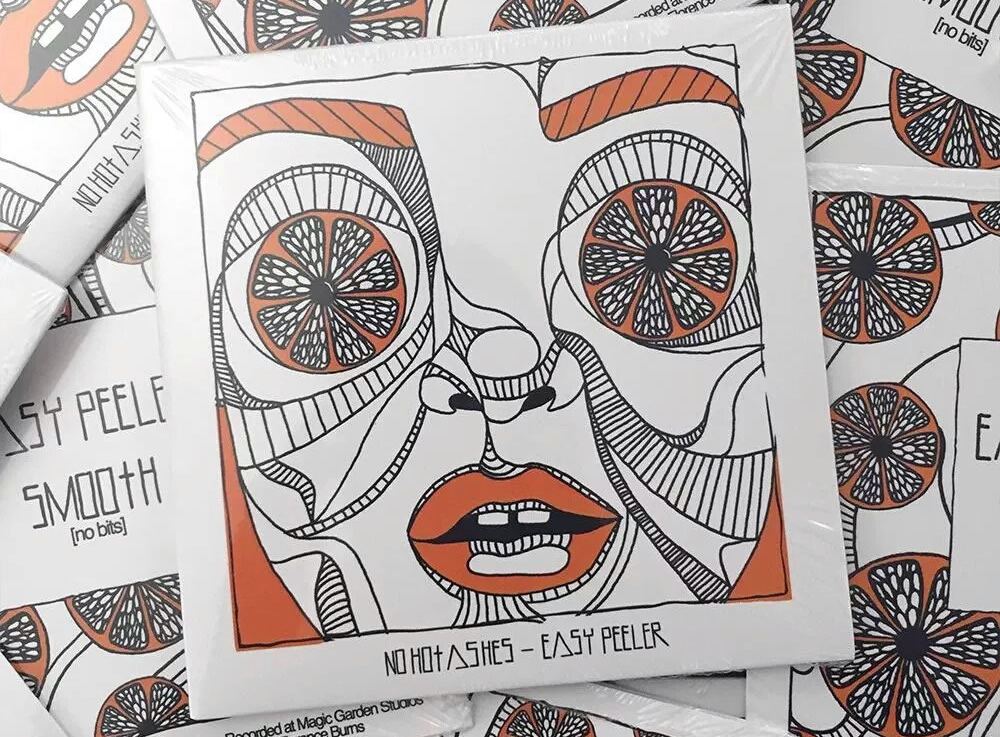 Stockport’s No Hot Ashes brought their unique brand of future funk to Manchester’s Kraak Gallery to launch their new single Easy Peeler. The night was put on by Mr Peeps who does a tremendous job supporting bands in and around the city. Nigel Carr was in attendance for Louder Than War and reports back below with photos by Justin Garner.

I interviewed Stockport based No Hot Ashes back in June of this year at their recording space at Pear Mill in Stockport. You can read all about the band, its influences and the development of their sound here. 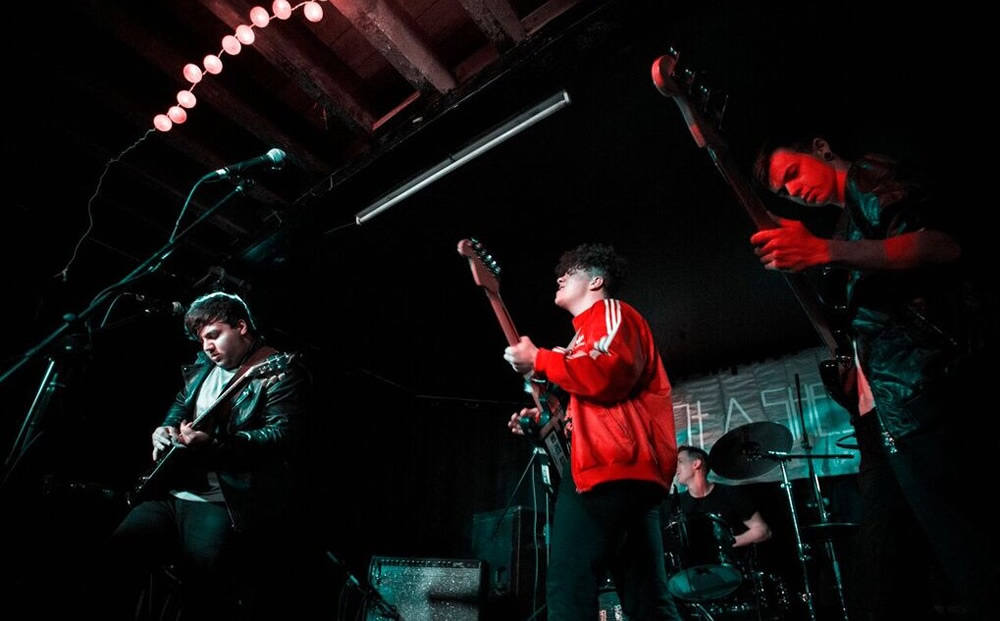 The Kraak Gallery sits upstairs in the heart of Manchester’s Northern quarter. It’s packed full with a hardcore of NHA fans as well as an eclectic bunch who want to see what all the fuss is about. The band have been making quite a stir since releasing their first single Goose/Skank at the end of last year and tonight they are here to début new single Easy Peeler, once again produced by Gavin Monaghan at Magic Garden Studios.

You can feel the anticipation in the room as a familiar, slow rumbling bass line pumps into gear with wailing guitars and metronomic drumbeat, the band eases in to Grandmaster Flash’s The Message – A cool, stripped down opener punctuated with a Jay Z line from lead man Isaac Taylor – ‘I’ve got 99 problems and the bitch ain’t one’!

They scorch through a blinding set of high energy funk including Cigs and PG Tips, Talk To Me, Wob and Skeletons which sees Taylor putting every ounce of energy in to his vocal, literally screaming into the microphone and ripping his fingers apart on the guitar. Smooth (no bits) is next up, the b side of the new single, a slower number which takes the tempo down a notch as they take us on melodic ride; quirky and convoluted with long ranted verse and abrubt ending. 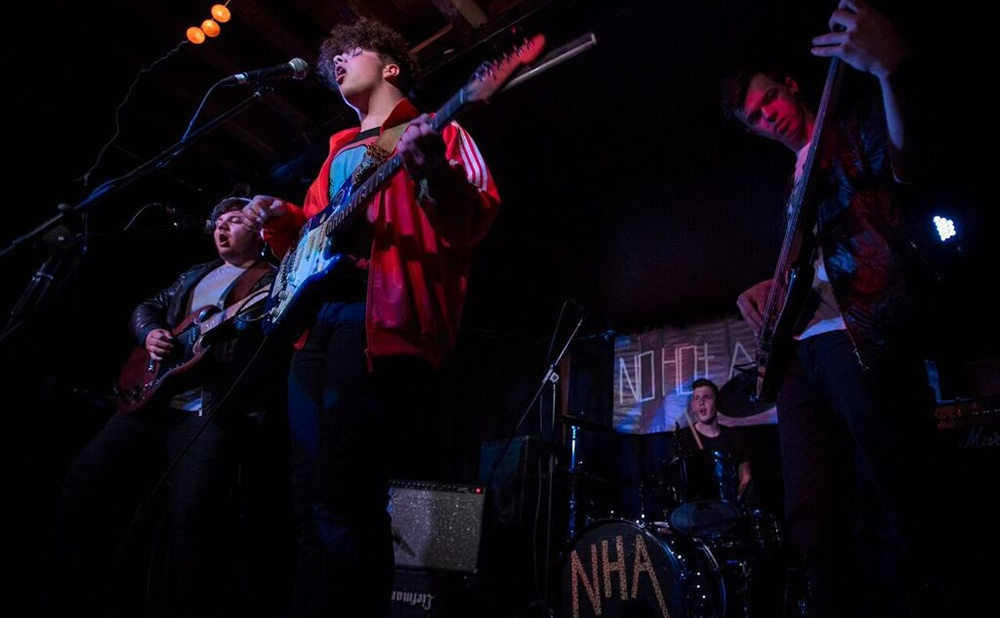 The band reach another level preluding the new single with a storming performance of Skank, which sees Taylor putting his guitar away, taking to the mic. and dancing around, fully playing to the crowd who are slamming at the front of the stage. The song has an awesome, pumping bass line courtesy of Jack Walsh and you can see how much the band are enjoying it, drummer Matt Taylor’s smile literally shining across the room.

They launch in to the new single Easy Peeler, opening with Luigi Vuono’s Chic style guitar riff and Walsh’s rock solid bass line – defining elements in this bands sound. The song, with half rapped, half sung lyrics just soars away on a Chilli Pepper zimmer but pluckier and punchier with a staccato, pure funk rhythm and poetic words which Alex Turner would be proud of. It’s a cracking new track, a fresh new sound and I’m getting the feeling that we might just have witnessed a major new talent.

You can’t see this band without trying to make the odd comparison but the truth is they sound like no one else – enigmatic front man Isaac Taylor is a master at playing to the crowd and his lyrics to these songs are amazing; deep and complicated – matching a sound that is original and brilliantly tight through hours put in at the rehearsal studio.

They finish with previous single and crowd favourite Goose which ends in a full on stage invasion – a fitting end to an amazing performance.

You can buy the single Easy Peeler here: https://nohotashes.bigcartel.com/. No Hot Ashes are on Soundcloud, Facebook and Twitter.