Home Best of the Web Stiff Little Fingers: No Going Back – album review 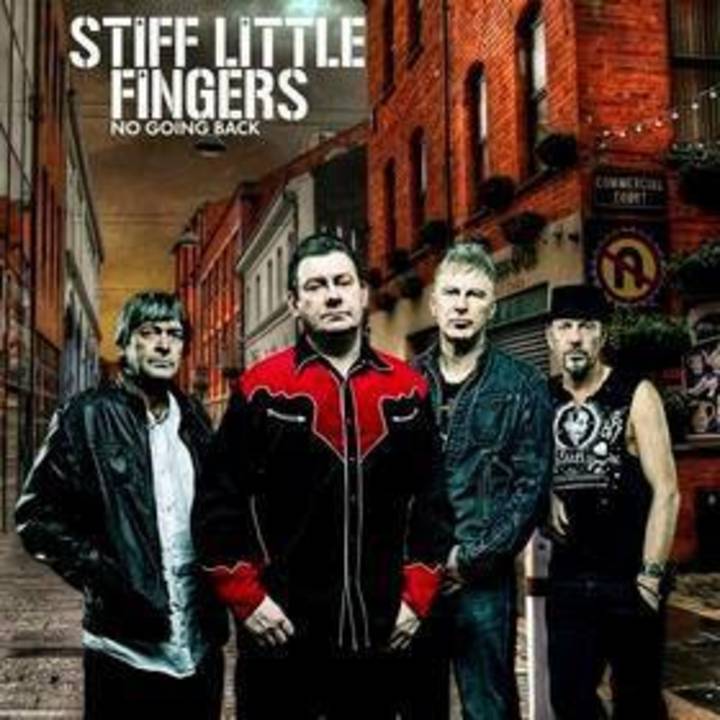 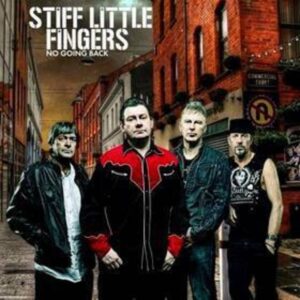 “They say it’s self-delusion, I say it’s self-belief, let’s show them how we were when we were young” are the appropriate lines sung by Jake Burns on the closing track of this long-awaited release. Epitomising the character and determination that’s been SLF’s hallmark since they were inspired by the visit of The Clash to Belfast, there’s a real ‘in your face’ defiance here that will surprise no one. There’s also no doubt that the spirit and ethos of SLF remains securely intact and ‘No Going Back’ is very much business as usual.

There’s been quite a wait for this follow up to 2003’s ‘Guitar and Drum’. A baby born when that landmark album was released is now getting ready to go to high school; that’s a fair old time. However, ‘No Going Back’ is like a suitcase that was lost in transit in 2003 and has just been returned to you. You may have managed to find replacements of a sort for some items, but here are all the genuine articles, just as you remember them as you gleefully unpack. There’s the guitar riffs that scythe and bounce along in true Fingers style, there’s the distinctive, yet reassuringly familiar Burns vocals and there’s the punchy lyrical content that once again addresses personal, political and social issues with intensity and defiance. What a relief it is to have all these things safely returned after such a long time.

Take album opener ‘Liars Club’, a song familiar to Fingers fans for years. Originally inspired as Jake Burns drove past a bar while Blair and Bush were being discussed on the radio, it is still depressingly relevant today. Taking a swipe at politicians is maybe the most open of goals, and we must accept that there are a number of our MPs who are hard working and driven by a sense of public service. However, that doesn’t mean that public confidence in them, and belief in many of this government’s policies and statements, isn’t at a very low ebb. ‘Liars Club’ sets the tone for what amounts to a state of the nation address by SLF throughout the course of the album.

It’s unlikely that any of these songs will be ‘new’ to Fingers fans as they have mostly been aired live at their endless round of fervently supported gigs and the album was available to the swathes of pledgers months ago. However, familiarity doesn’t breed contempt here as these are all vital bricks in the SLF edifice and have been screaming out to be recorded and released for some time.

‘My Dark Places’ is regrettably topical at the moment with the renewed attention on the issue of depression that has accompanied the suicide of Robin Williams. It is to Jake Burns’ massive credit firstly that he has chosen to be so open about the depression he suffered and the song is hard-hitting and without sentiment. ‘My Dark Places’ is an important song when you consider that suicide is currently the biggest killer of men aged between 20 and 50 and that men in their 40s (who comprise a fair proportion of the SLF audience) are most at risk.  By the time track three, ‘Full Steam Backwards’, cranks up, listeners will be in no doubt that time has not eroded SLF’s biting edge. It summarises the banking crisis (for which everyone apart from bankers seemed to pay dearly) from a painfully individual perspective and is brutally effective for doing so.

It’s also possible to see established and much loved themes from decades ago revisited. ‘I Just Care About Me’ is a ‘Fly The Flag’ for the 21stCentury, even if there is an air of weary resignation as Jake Burns almost seems to recognise the futility of hoping for change. Final track ‘When We Were Young’ echoes the “prove you wrong” defiance of ‘Wait and See’ as the band’s legions of fans are urged to summon up the spirit of a punk rock youth to face the challenges that life throws.

This is the first recording with Ali McMordie back on bass duties since the final release by the original line up in 1982. Now no one could say that Bruce Foxton was anything but an excellent replacement but maybe the added chemistry that McMordie’s return has brought adds just a little extra spice to the pot and the bass certainly thunders along as strongly as ever.

There are plenty of other issues for fans to get their teeth into with tracks like ‘Since Yesterday Was Here’ addressing the depressing repetition of political failings and ‘Trail of Tears’ the brutal reality of the immigration policy of certain US states and ‘Guilty as Sin’ sounding very much like the past crimes of a celebrity are revealed.

‘No Going Back’ is exactly what you would want and expect from SLF with no shortage of air punching anthems and truths told. It is a great album and we can only hope that the next follows up soon as, now that we’ve found all these things that we’ve been missing, we just want to use them again and again.