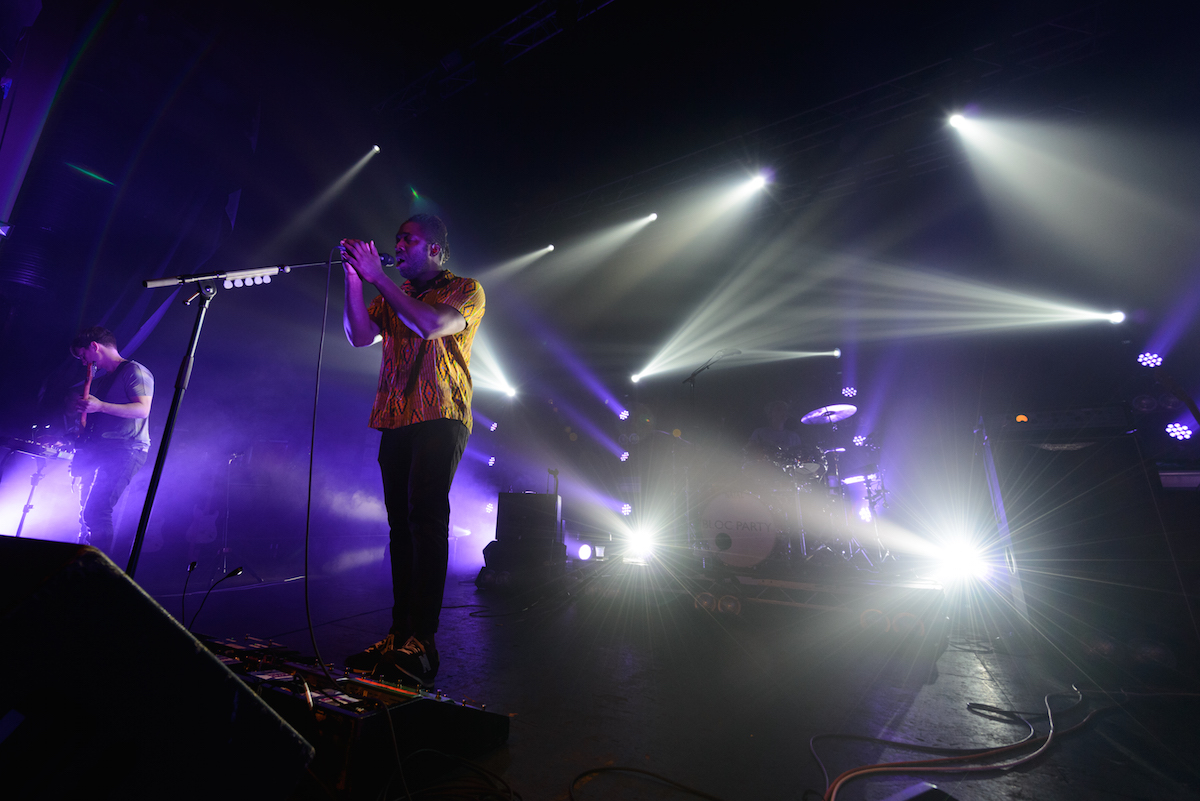 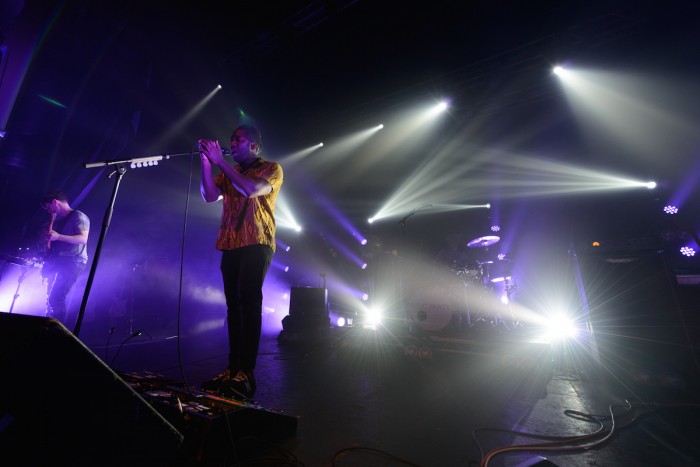 The NME Awards Tour rolls into town, with what is perhaps its most varied line up yet, its safe to say there is something for everyone tonight!

Tonight feels very much like the tale of two halves, the first being that of the youthful and exuberant, the second the more measured and seasoned campaigners. The NME Award circus has rolled into town and to begin with what a circus it would appear to be, with Bugzy Malone’s DJ wasting a mere seven minutes of his set playing a selection of random tracks. Before the man himself takes the stage. 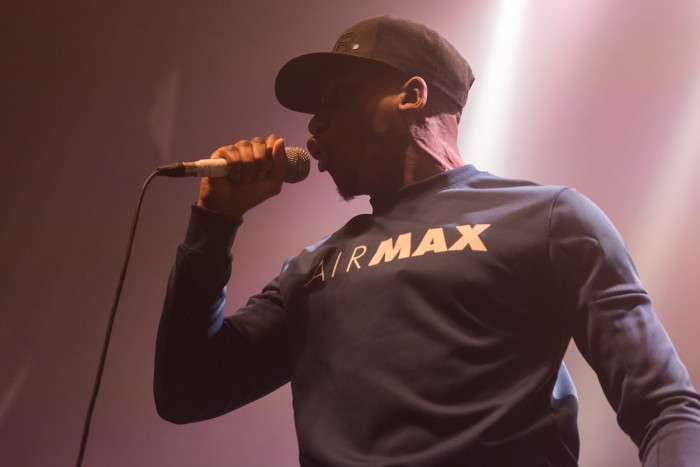 The Grime MC puts on an ample show that’s well received by the gathering hordes; he whips them into such frenzy that there’s an early circle pit forming after just the second song. The frenzy continues even during the changeover as Rat Boy pops on to the stage, only to be greeted by a swarm of screaming fans that are eagerly anticipating his set.

When he is actually due to take the stage Rat Boy is full of enthusiasm, opening with Move with the crowd going wild he feeds off the energy greeting those die hard fans on the barrier. Yet it falls to Wasteman with its jovial track to really set the crowd alight, this incendiary nature epitomises Rat Boy’s sound. It’s safe to say that a fair portion of the crowd is bemused whilst the others are in awe. 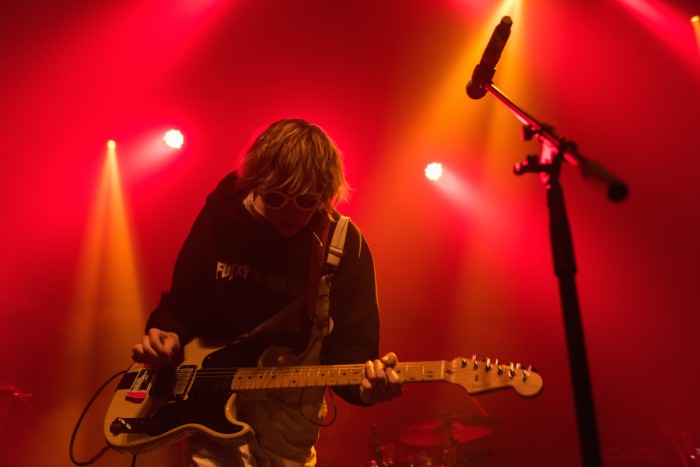 It falls to Drenge to restore some order to proceedings, and they’re also hyped up but their set takes a very different tone with the outstanding We Can Do What We Want being an early highlight. This foot stomping anthemic track paving the way for a more ferocious set, the likes of Running Wild and Bloodsports pack a phenomenal punch.

In the past Drenge have always had their sound marred by ridiculous volume and haze, but tonight there is a real clarity to the tracks. Particularly Bloodsports the brutal nature of the track is given its opportunity to really shine through. The intricate riffs and pounding drums making this one of the undoubted highlights of the whole night. 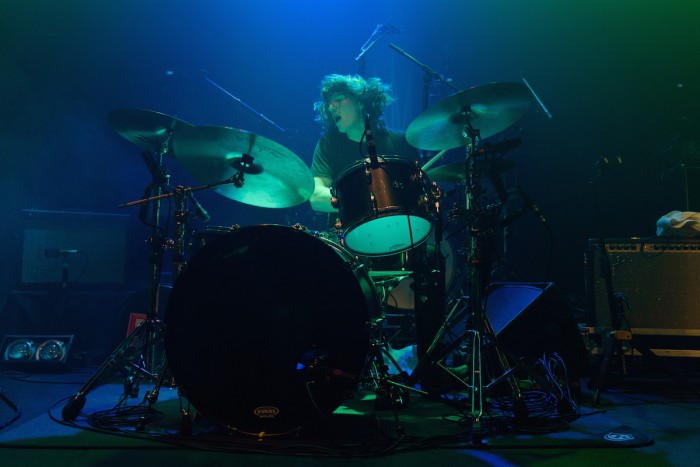 Even Let’s Pretend has the chance to shine, despite its dark and vicious nature that usually lends itself to being shrouded in haze and an overzealous use of the volume control. So just as we begin to feel cleansed by Drenge it’s all over, their set was too short but they make way for the most seasoned of all campaigners. Having just celebrated the tenth anniversary of their debut Silent Alarm Bloc Party are back with a new line up and an intrigue new direction.

Having just released their fifth album Hymns they open with The Good News and Only He Can Heal Me, both of which are a funky departure from some of the older material. Fortunately that older material is not far away, as they break into a rousing rendition of Mercury restoring faith in the band in this early part of the set. 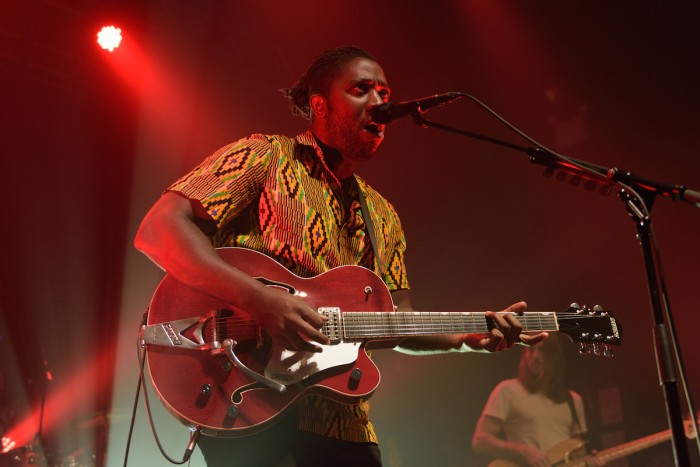 Tracks from A Weekend in the City and the aforementioned Silent Alarm are quick to make an appearance, with the riotous Banquet setting this crowd well and truly alight. Their set is something of a mixed bag, from the dour Waiting for the 7:18 to the completely disorienting and weird sounds of The Love Within. It’s a tale of two very different bands, but Bloc Party have never been a band to stand still.

They close out the night on a complete high with phenomenal renditions of Flux and Helicopter, tonight felt like Bloc Party were out to prove themselves. Whilst their newer sound might not be to everyone’s tastes tonight they put on a breathtaking show that shows off both facets of the band.

Tonight has showcased an exceptionally wide variety of music, it still remains a tale of two halves though. With the youthful exuberance of Bugzy Malone and Rat Boy being highlights for the younger members of the crowd. Whilst they aren’t technically new music Drenge and Bloc Party prove their worth with exciting sets of the highest quality.

~
Bugzy Malone can be found online here thebugzymaloneshow.co.uk. He’s also on Facebook and tweets as @TheBugzyMalone.

Rat Boy can be found online here ratboy.co.uk. He’s also on Facebook and tweets as @RATBOY.