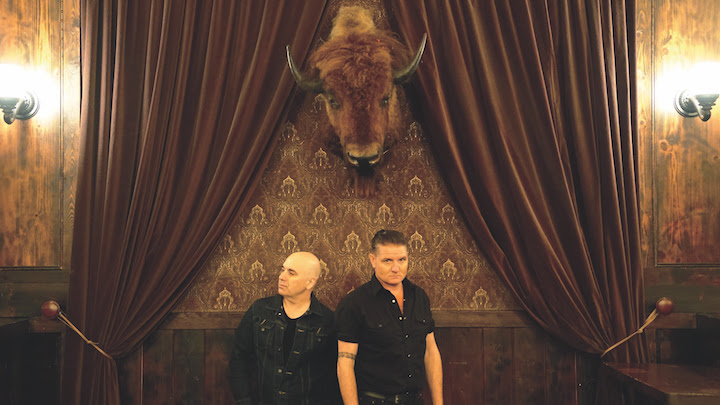 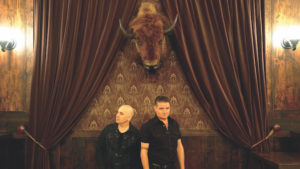 Douglas McCarthy and Bon Harris return to reunite Nitzer Ebb after taking a hiatus in 2010.

The band has announced that they’ll be performing next summer at Amphi Festival, Cologne, Germany on July 20 2019. McCarthy and Harris will be joined onstage by original founding NEP members David Gooday and Simon Granger. This will mark the first time these four founding members have performed live together since 1987. Additional dates featuring this expanded line-up will be announced in the coming months.

The career spanning retrospective box marks the first time that all five of the band’s albums for Geffen/Mute have been collected in one complete box set. The box set features expanded double black vinyl of each album (10 vinyl LPs in all), with several bonus tracks and hard to find 12” mixes – all carefully curated and remastered by Pylon Records. The original artwork has also been expanded into gatefold sleeves, with embossing and spot UV finish. It also contains a large size booklet with liner notes by the band’s co-founders Douglas McCarthy and Bon Harris, along with unseen photos, flyers and artwork, detailing their entire career in chronological order from Essex to Los Angeles.

These albums have been out-of-print since the early ’90s and have never been reissued prior to this.

The actual two-piece box is made of hard board stock, wrapped with leather paper and the UV design is hot foiled stamped. The box also has accommodated extra space inside for their first self-released album, Basic Pain Procedure, from 1983 and their last release, Industrial Complex, from 2010, to complete the collection by the fans, as these titles have been in print in recent years. 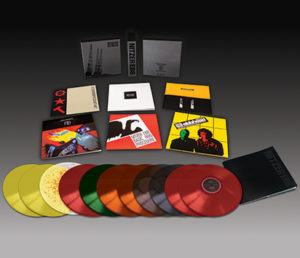 In addition, there will be a limited coloured vinyl edition of the box (500 sets only), which will also include a re-press of the band’s debut album, Basic Pain Procedure, available ONLY from the Pylon Records website for a short period of time. The Industrial Complex vinyl has been in print in the last several years on colored vinyl, and easily attainable on many online and fine record stores around the world.