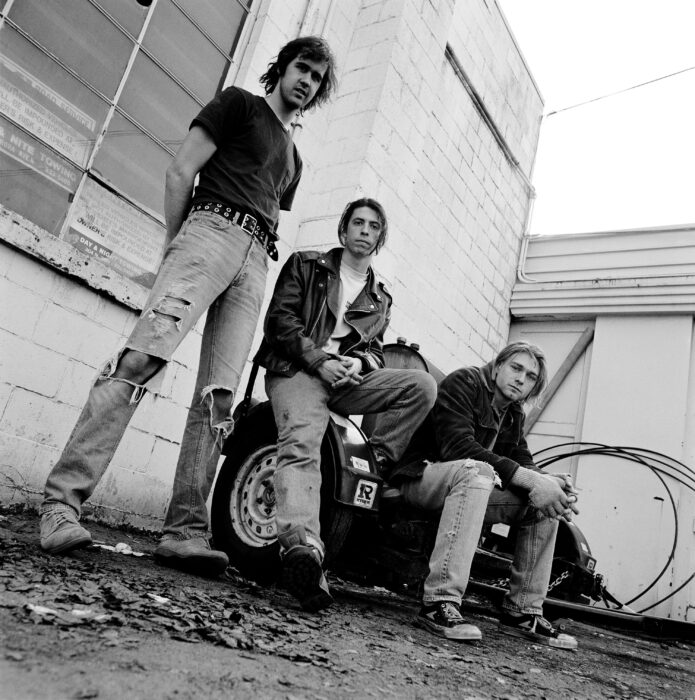 Nirvana’s self-titled collection will be released on vinyl and Blu-ray Pure Audio for the first time on August 28th.

On August 28, 2015, Nirvana’s self-titled, double platinum-selling (United States) / 7x platinum-selling (Worldwide) posthumous collection ‘Nirvana’ (Universal Music) makes its debut on 45rpm double LP, pressed on 180-gram heavyweight vinyl and packaged in a furnace black gatefold sleeve with liner notes and a digital download card for 24-bit 96kHz HD audio; as well as a 33rpm single LP standard vinyl edition which will feature a download card for 320kbps MP4 audio. ‘Nirvana’ will also be released as a Blu-ray Pure Audio in high resolution 24-bit 96kHz and is available in three stereo audio formats: PCM, DTS-HD Master Audio and Dolby TrueHD stereo.
Originally released in 2002, ‘Nirvana’ features the rare and previously unreleased studio version of ‘You Know You’re Right’, the last song the band ever recorded, available exclusively on this compilation. Also among the 14 classics on ‘Nirvana’: 1991’s breakthrough ‘Smells Like Teen Spirit’, and fellow ‘Nevermind’ singles ‘Come As You Are’ and ‘In Bloom’, ‘In Utero’ singles ‘Heart-Shaped Box’ and ‘Pennyroyal Tea’, as well as deep cuts including ‘About A Girl’ from first album ‘Bleach’, ‘Been A Son’ from the ‘Blew’ EP, the non-LP single ‘Sliver’, and live acoustic versions of ‘All Apologies’ and David Bowie’s ‘The Man Who Sold The World’ from the GRAMMY® winning MTV Unplugged In New York.
Inducted into the Rock and Roll Hall of Fame in 2014, Nirvana is one of the most influential rock bands in history. Selling over 43 million albums worldwide and returning unaffected rock ’n’ roll integrity and passion to the top of the charts, Nirvana would prove a singular inspiration to fans and musicians alike over the last two decades – and will undoubtedly do so for generations to come.
‘NIRVANA’ TRACK LISTING:
01.  You Know You’re Right
02.  About A Girl
03.  Been A Son
04.  Sliver
05.  Smells Like Teen Spirit
06.  Come As You Are
07.  Lithium
08.  In Bloom
09.  Heart-Shaped Box
10.  Pennyroyal Tea
11.  Rape Me
12.  Dumb
13.  All Apologies
14.  The Man Who Sold The World
Links:
Web: nirvana.com
Facebook: facebook.com/nirvana
Twitter: @nirvana