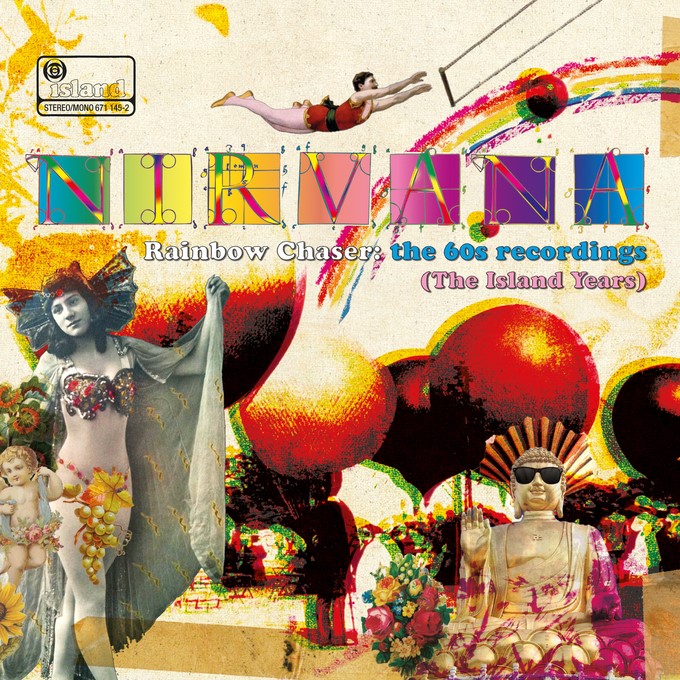 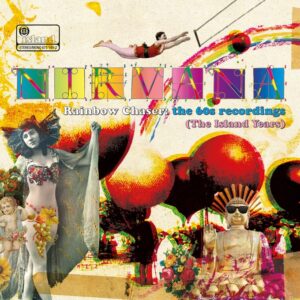 No, not *that* Nirvana… long before Kurt and Courtney were more than a glint in their parents’ eyes, there was a psychedelic British band of the same name. Their first two albums will be re-released, with a wealth of unreleased material, in a new double-set Rainbow Chasers: The ’60s Recordings (The Island Years) on 18 May. Matt Mead previews the album for Louder Than War.

But that doesn’t even begin to tell the remarkable tale of this cult symphonic-rock band – essentially a duo of Irishman Patrick Campbell-Lyons and Greek musician Alex Spyropoulos. Following a chance meeting in London during the summer of 1965, they took a long, strange trip together, united by their backgrounds. Says Campbell-Lyons, “The Greek and the Celt had an unwritten, unexplainable, unconditional awareness and understanding of what was going down.”

This double-CD set brings together the first two Nirvana albums – The Story Of Simon Simopath & All of Us or, to give it its full title (take a deep breath) The Existence of Chance Is Everything and Nothing While the Greatest Achievement Is the Living of Life, and so Say ALL OF US – featuring 52 tracks with 27 previously unreleased out-takes, demos and alternative versions. Rainbow Chaser was their biggest hit, while Tiny Goddess was a big favourite of John Peel’s and French chanteuse Francoise Hardy had a hit throughout Europe with her version.

Bonus tracks include songs from their third album Dedicated To Markos III (recorded for Island but released by Pye), including the epic Love Suite which was sampled by DJ Shadow on his Endtroducing album for the track Stem. DJ Shadow is not the only famous fan of Nirvana’s work – Salvador Dali, Jimi Hendrix, Jimmy Cliff and the Everly Brothers were admirers too.

The quality of these recordings is second to none – Patrick and Alex insisted on recruiting the best players and voices in the studio. With arrangements under the guidance of conductor Syd Dale accompanied by a 30-piece orchestra, many of Nirvana’s recordings featured legendary UK session stalwarts Clem Cattini on drums, Alan Parker (guitar), Herbie Flowers (bass), Alan Hawkshaw on organ plus the vocal talents of Sunny and Sue Wheetman (who also appeared on Joe Cocker’s With A Little Help From My Friends), Lesley Duncan, Kay Garner and Madeline Bell. 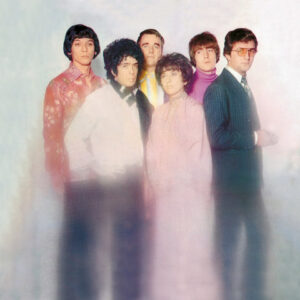 Nirvana’s debut album, The Story Of Simon Simopath – regarded as the first narrative concept album – was the tale of a boy who, unpopular at school, dreamed of growing wings to escape from reality. When he becomes an adult he has a nervous breakdown and ends up boarding a rocket, where he befriends a centaur and a tiny goddess called Magdalena. She works at the Pentecost Hotel, and the two fall in love and get married… and you can’t get more Prog Rock than that.

Their second album,  All of Us, was recorded in 1968 and released in August that year. A step forward from their debut LP and spawning the classic single Rainbow Chaser, it is widely regarded as a psych-pop classic. Listening to them today, Nirvana’s music sounds as fascinating and informed as it did in the late ’60s and their influence continues to this day.

You can purchase the album via the Universal Music official website.