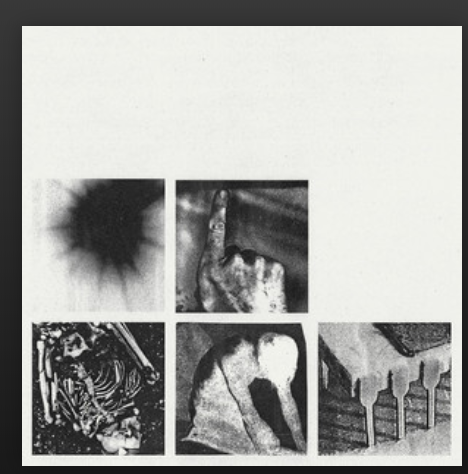 Deconstructing the deconstructed, Trent Reznor has delivered the third in a series of EP’s that are like…the three dots in the middle of a dark sentence. For a forward thinker like Reznor it seems like the trad album format is currently over and, in the streaming age, maybe blip releases are the way forward – like missives from the non stop working artist constructing fragmented pieces of compulsive, propulsive sound on laptops whilst waiting in airports or trying not to succumb to jetlag in chains of hotels.

Compressed into this exhausting, thrilling and dark half an hour are all the hallmarks of Reznor at his best – the mix between strange treated sounds, warp vocals, new soundscapes, drone vistas, explosive noise and emotional intensity and melodic roller coasters. There are power tool electronics and searingly heavy noise and an insane compressed, claustrophobia that matches the increasingly breathless experience of 21st-century inner city lifestyles and yet… there are melodies twisted into the blip-wreckage.

This, of course, is very much a headphone music because NIN understands cutting-edge technology. This is no warm embrace of the past but a bleak and thrilling ride into a dystopian future, a graphene embrace of technology and ideas that is dark and challenging and yet still ready to make a stadium bounce.

There is a beautiful detail to the soundscapes here and even the densest moments are full of twists and turns and nuances that take them way ahead of the imitators. All the great so called industrial/noise people have always understood that its the textures of noise and the dynamics of sound that you are really dealing with and this album is full of unexpected sonic ideas, strange rhythms and angular jugular noise. The challenge is how to make these dark terrains into some kind of music but then that’s always been Reznor’s skill – making sense of the most outre, out there, dark sound and making the jarring listenable and the future into the present and on Bad Witch he is at the top of his game.

From moments of beyond – Haz Zimmer – soundtrack – weird with added free skronk like Play That Goddmamed Part or the sax ooze – Bowie flecked, God Break Down The Door with its vocal croon and burbling acid house electronics to the electronic tribal assault of Ahead Of Ourselves, this is an album that sees Reznor pushing himself to the brink.  Opening track, Shit Mirror, is like lo-fi punk rush cranked through a laptop and yet still packs a killer chorus. I’m Not From This World is tripped out dark soundscape and Over and Out is ambient dark future funk. This is a varied and engrossing adventure. A trip into the compulsive heart of darkness and a landmark release in a year that is a challenge for any musicians to soundtrack .

The gauntlet has been thrown – anyone else care to grapple with the future?