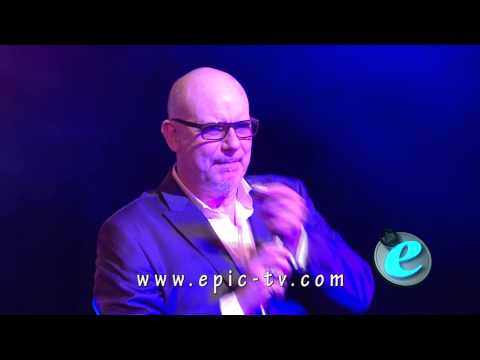 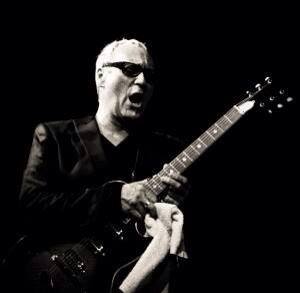 Brilliant R and B band Nine Below Zero ended their current stretch as support slot The Stranglers in style in Manchester on Saturday.

The Stranglers Ruby Tour has rightly been earning rave reviews as it has criss-crossed the country delivering live performances of the highest standard. On the final night, The Stranglers delivered again before a packed Academy that had been sold out for weeks. However, most of the punters had arrived early at the venue, as they have been on the previous dates of the tour, because on the support bill were one of the finest R and B acts around, the brilliant Nine Below Zero.

Originally formed in South London in 1977 by their still dynamic frontman Dennis Greaves, Nine Below Zero have been setting standards of excellence ever since. Their debut album, Live at The Marquee, is quite simply one of the greatest live recordings and perfectly captures the essence of what is still an amazing live act. The band are no strangers to major support slots, having opened for The Who, The Kinks and Chuck Berry among others. They have collaborated with Glen Tilbrook, Nik Kershaw and Gary Moore and are hugely admired by the likes of Jools Holland and Ray Davies along with legions of fans across Europe.

The reason for this consistent success and admiration is plain to see the minute they hit the stage tonight; they are still as good live as any act around. Kicking off with Tore Down the band are immediately into their stride as the power-surged blues sound fills the Academy. The classic Homework is next up and glancing round the venue it’s clear that most people are word perfect as Nine Below Zero immediately have the venue in their hands. Stop Your Nagging is delivered in irresistible style and the band are clearly well up for ending the tour with a bang.

The rhythm section of expert bassist Brian Bethell and ex-Rory Gallagher drummer Brendon O’Neill throw out a pulsating platform for the pyrotechnics of Dennis Greaves, one of the great Blues guitarists. Alongside him is Mark Feltham whose mastery of the harmonica has to be seen live to be fully appreciated. This instrument is crucial to the Blues sound and offers so much to the sound of a song, but is somewhat neglected nowadays. Feltham’s genius delivers a perfect response to the often mind-blowing riffs that Dennis Greaves fires out routinely and between them they create a fantastic sound. It was great to see Mark onstage with the band tonight and he certainly brought huge pleasure to many people by his appearance.

Having recently blogged about how impressed he is by Wilko Johnson’s new album, it was no surprise to see Dennis name-check one of his influences and a great version of Twenty Yards Behind is delivered followed instantly by Don’t Point Your Finger, the title track of the recently re-issued classic album. Three Times Enough is lapped up by the crowd who are here mainly for The Stranglers but are lovers of great music and clearly know it when they see it. Down in the Dirt Again is soaked with passion while Eleven Plus Eleven, played on the very first episode of The Young ones, still sounds fresh years later.

Pausing while Dennis takes pictures of the crowd on his phone, Nine Below Zero then launch into the closing stages of the set as Dennis orchestrates the crowd sing-along to Never Too Late before they rip into the energy shot of One Way Street. The final track is Woolly Bully before they leave to a huge ovation.

Nine Below Zero have that elusive quality to always leave an audience better than they found them with their devotion to the tradition of Blues delivered in an adrenalin fuelled but perfectly controlled performance time after time. They are out on their own headlining tour to celebrate the re-issue of classic albums Don’t Point Your Finger and Third Degree later in the year. Those will be shows not to miss.

All words by Dave Jennings. Find more writing by Dave at his Louder Than War author archive.