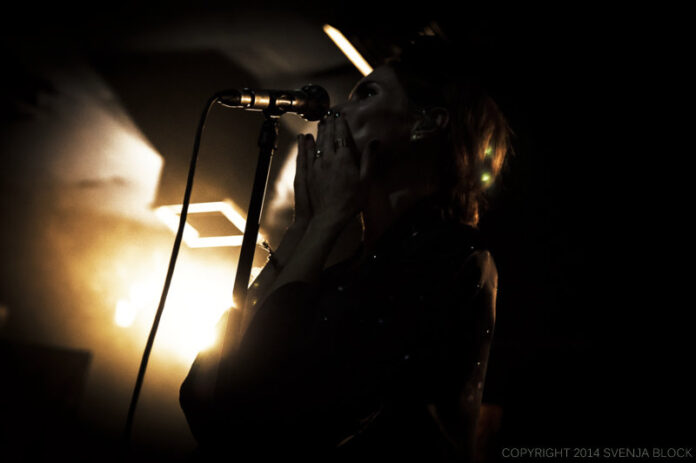 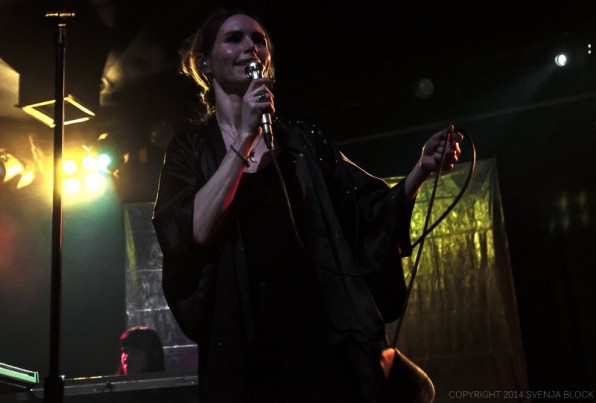 Dressed in a sparkly kimono with an origami fascinator on her head, Nina Persson not only looks great and every inch a star, but also seems genuinely excited to be playing for an adoring London crowd in a packed Kings Cross Scala.

They all seem well-behaved and content to hear the range of tracks from the new album, but as Nina herself admits early on:

“Here’s a song about capitalism” she announces at one point before playing a brilliant version of the A Camp song I Can Buy You, complete with acoustic guitar, little flourishes on harmonica from Nina herself and killer lines like “What’s the use in being a millionaire if I can’t have you”.

This is the sort of theme that’s continued on new LP Animal Heart, and the new tracks from it really have room to shine tonight. On first listen the crisply produced album didn’t appear to have any rough edges, nothing to really hold on to. But live you really get Nina Persson the communicator; she captivates the audience, holding everyone’s gaze and can really sell a song. Not in a cynical way, she definitely means every word, but there is real life and vigor in the performance.

Sometimes records get any blood, sweat and anguish washed out of them in the mix, but live it can still be felt. Going back to the record after the show there’s a much stronger connection having seen the songs sung with such resonant tone and emotional force. Clip Your Wings is a beautifully crafted song about allowing the one you love to fly. but at the same time warning them not to go.

Food For The Beast changes the tempo and  is a real disco dance floor filler but with added twisted synths, animal noises and off beat ska chops with some more sinister lyrics including the haunting “All broken hearts, baby bring them to me.” 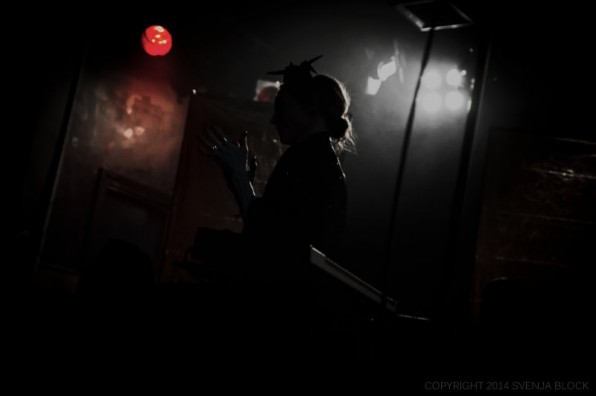 The A Camp single Love Has Left The Room is another highlight and it has the timeless quality of an old standard; you could imagine Frank Sinatra or ABBA singing it. The band then go off after about an hour but the crowd is pretty loud and Nina and ‘her persons’ quickly return for the first encore.

“This one’s not one of mine,” Nina says on her return to the stage. Someone yells out Dire Straits much to Nina’s amusement but she continues “Here’s one I borrowed from Daniel Johnston” before a brilliant version of Walking The Cow, first covered on the A Camp album. It has Mark Linkous’s fingerprints on it still too; Johnston’s lyrics themselves having a Sparklehorse feel to them, despite obviously being written 10 years before Sparklehorse existed. Nina’s voice gives the song an extra dimension as well.

Mark Linkous once wrote that it’s a sad and beautiful world and it’s so very true; just listen to Nina Persson sing “Try to remember, but my feelings can’t know for sure, trying to reach out, but it’s gone” and tell me I’m wrong.

It’s not the only cover treat as we also get to hear another, previously an A Camp B-side. “Only the boys can sing this one … and me because I’m David Bowie” Nina jokes, as her excellent band tear into a blistering version of Bowie’s Boys Keep Swinging. (There’s obviously some kind of spirit of Bowie in the Scala because just a couple of years ago Neil Finn with son Liam and Conan Mockasin played Moonage Daydream as an encore here.) 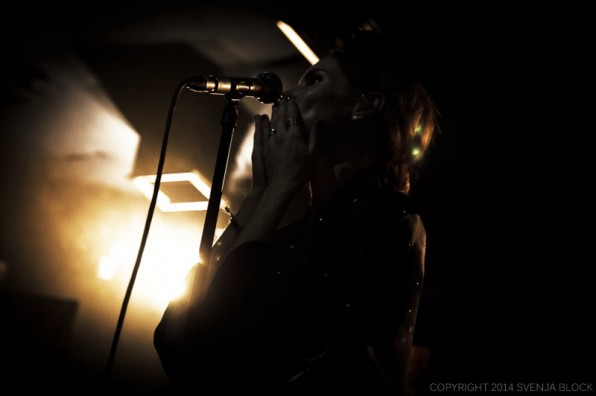 For the second encore only Nina and one band member return. “Fuck the boys, this one’s just the girls” Says Nina, adding “I love the boys, I just don’t care about then much” before going into the new album’s closing track This Is Heavy Metal backed by band mate Joanna on keyboards.

It’s a fitting finale to a very well received show; reflecting that it’s love and time that are of real worth in this life and that gold and jewels are just mere trinkets; you can buy them but they aren’t really worth all that much. This new Nina Persson record though; the more you listen the more it’ll pay you back. Not just for the clever lyrics and songcraft, but her beautiful, powerful voice. Hopefully she’ll be back in the UK before too long.

For more info about Nina’s new album or to buy a copy visit Rough Trade’s website.

All words by Willow Colios and all photos by Svenja Block. More writing by Willow on Louder Than War can be found at his author’s archive. You can follow Willow on Twitter @ShootTheSinger.