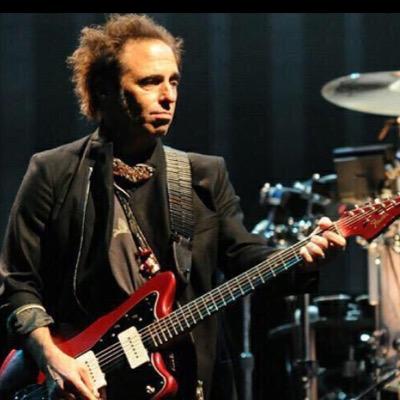 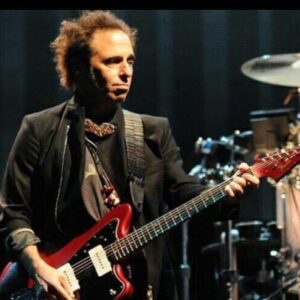 Nils Lofgren is in the middle of a lengthy UK tour. Sean Diamond reviews the Preston date.

It’s a wet and windy Monday night in the North West of the UK. Myself and my Uncle Steve are embarking on a quest to Preston to see Nils Lofgren, a one-time member of Neil Young’s Crazy Horse and prolific solo artist in his own right (or write), my Uncle being a long-time fan of said artist’s work. The last gig we went to together was Neil Young the previous year, so it seems only fitting that we make an effort to track down the gig of a man who played on many of Mr Young’s most celebrated works, including After The Gold Rush at the age of just eighteen! A few pub stops, direction and ticket enquiries later, we finally secure the whereabouts of the location for tonight’s gig. Just about.

It’s a funny old place The Charter. The smaller end of Preston’s historic Guild hall, it’s a theatre hidden away at the top of a shopping centre which requires an escalator journey to reach. A moderately sized venue (about 2000), as soon as you step in you feel a million miles away from the commercial maze surrounding you outside, being in the front stalls means we have a more-than-ample view of the night’s festivities. Nils arrives on stage at around 8, no support act, plucking a harp and singing. I’m not overly familiar with his work (bar a few seventies tunes), but it’s certainly beguiling stuff; dressed in Crazy Horse attire of rumpled hat, rugged shirt and impossibly woolly sideburns, it’s quite a sight to behold! Tonight we get a mostly acoustic set, just Nils and “very special guest” Greg Varlotta alternating between guitar, keyboard and tap dancing in place of Nils’s old trick of performing back flips on a miniature trampoline (which Steve was lucky enough to witness back in 1976), now consigned to the past for reasons of age! Considerably more talkative than usual, we are treated to some truly fascinating anecdotes including accounts of partying with the hero of the anthemic ‘Keith Don’t Go’, the one and only Mr Richards, the tragic heroin-induced death of Crazy Horse’s Danny Whitten, and a tale of how Sly Stone, upon witnessing Nils sleeping rough in Greenwich Village as a teenager, invited the young Lofgren back to his pad for the night, where he was holding a party. Feeling out of his depth amongst the celebrity clientele, he saw fit to go and sleep all night in a corner of the room. Upon waking up to the entire party crashed out, he calmly left and went back to sleeping on the streets for the night. Quite a life….

Nils’s guitar playing is, it has to be said, a thing of wonder. Confident without being showy, technical without being muso, it crackles with a raw truth and honesty which many musicians crave yet fail to replicate. There are times (particularly on ‘Cry Tough’) where you wish he would go electric, although the intimacy of the venue also adds a naked kind of honesty to the low key vibe of the set. A few too many plugs for his new, 80 pound box set perhaps (as my Uncle remarked in an unrepeatable joke involving a visit to the toilet), but an undoubtedly excellent two hours of song, sound and stories, three of nature’s greatest necessities. After an epic ‘Shine Silently’ he announces a meet and greet outside the venue; unfortunately, seeing as we’ve got to travel back to Liverpool Lime Street by train we’re unable to attend, although Steve has a signed poster from a similar after-show event in 1998 at home. We leave the venue with a fair few items of merchandise from the stall, happy, hoping we can do it all over again as soon as possible. Go and see one of his forthcoming UK dates; chances are, like me, you’ll leave converted to the holy church of our lord Nils Lofgren. Certainly worse movements (religious or nay) you could subscribe to.

Nils is currently in the middle of a UK tour. For more information go to his official website or his Facebook page.