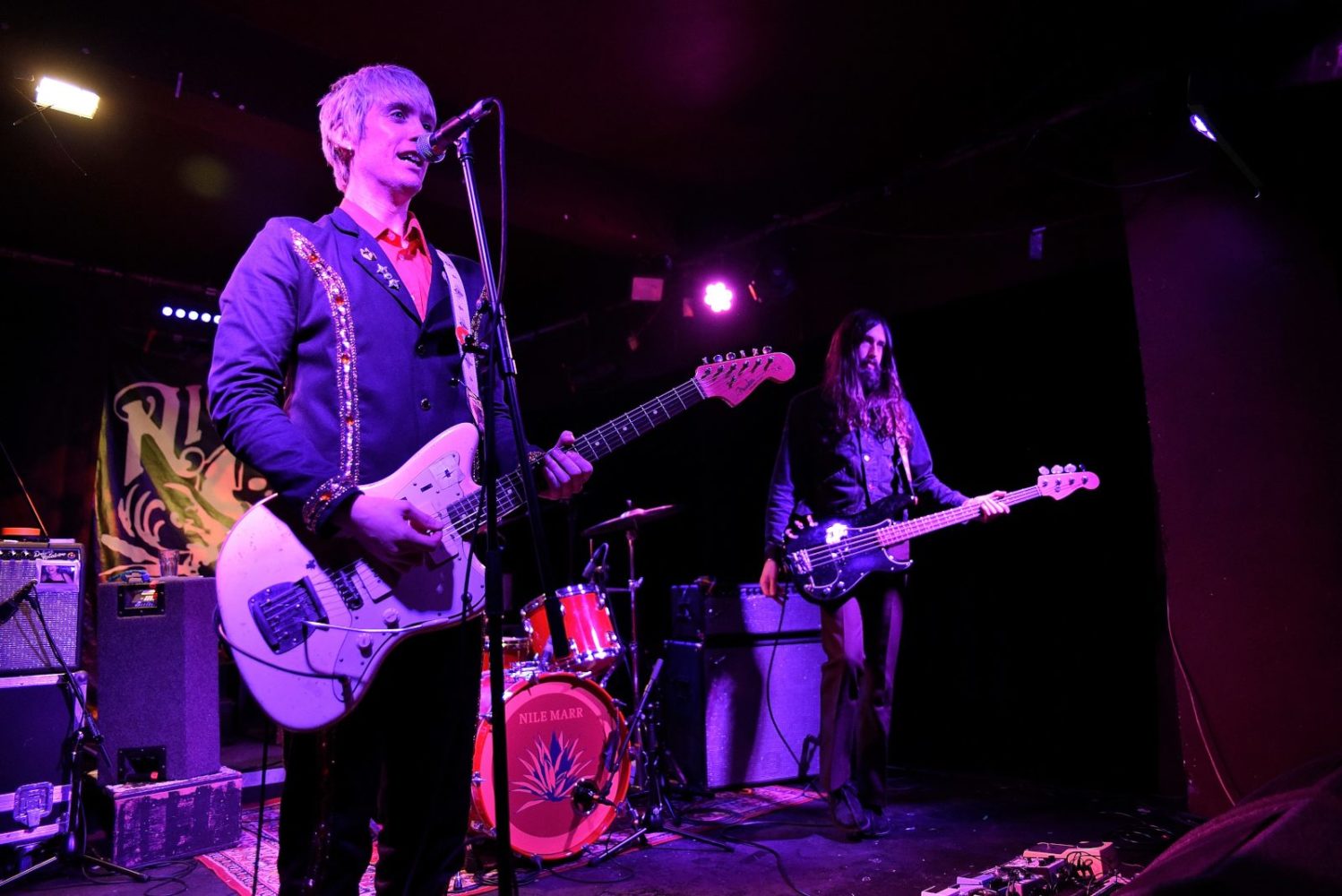 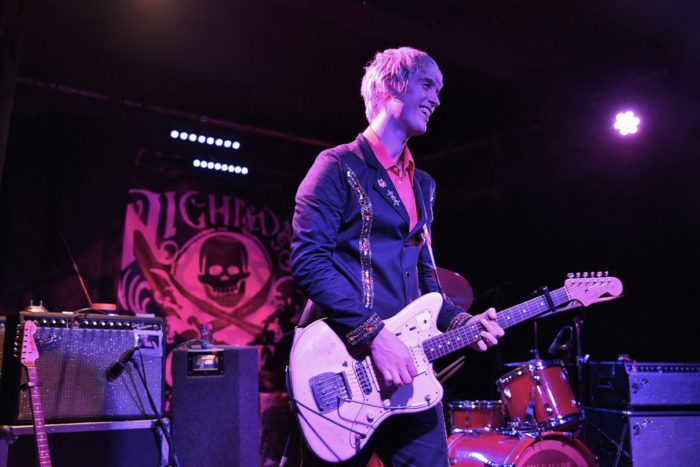 Thursdays, they’ve always been a great night for a mid-week gig. A warm up for music lovers and performers alike, to be at full partying strength for the weekend. That last slog on a Friday, before everyone will be out. This Thursday was a prime example of fun on a school-night, but it was certainly no dress rehearsal; it didn’t exist in the shadow of the weekend.

Nile Marr, now a stalwart and much-loved regular on the Manchester local live music scene (see our recent interview), was at one of Oldham Street’s legendary venues, Night and Day. With his two bandmates he was ready to give everyone something to smile about, and provide the grooves to move to. The perfect way to spend a night. A great personality, always keeping his audience a massive part of the show, as well as a solid performer, he’s rapidly gaining a well-earned reputation as one of the live-acts to see locally. Before him though, the night was host to two support acts, with plenty to say themselves.

Opening up the evening’s entertainment were Cavana, their first couple of songs put the heavier side of rock, mainly: jangly riffs and the occasional ballad that followed showed how this lot weren’t easily categorisable. Plain clothes, long hair, and the first song seeming to fit expectations can easily lead to stereotyping, musically and culturally. However, it was clear that they did know exactly who they are, musically. The range of their skill and variations in sound from song to song: some pure thumping power; others more melodically thoughtful; some a combination of both. Equipped with a standard four-piece set up, strong as a unit as well as individually impressive, they had all the know how necessary to get everyone in the mood and set the standard for the night. With a brand new single recently released, this lot are moving in positive directions.

Next to take to the stage were Dolli Demi. Immediately, these four showed what they were all about: funk, glam-rock with a slight pop touch and some very cheeky lyrics. Seriously sassy stuff. The group’s sound is charged with energy that only comes from performers really enjoying themselves. Make no mistake though, despite the theatricality and lead-singer’s snazzy rainbow tiger-stripe catsuit, they were no novelty act, nor there just for fun. Yes, the brightness shone through, but only because of the songs being wonderfully written and delivered. Strong backing from the drummer and bassist, and well-timed guitar fills, with a soaring vocal, as sweet as it was strong, well and truly got the message across: come and get on board, you’ll have a great time. Everyone, including them, did. They had impressive depth, without being too cool for school or appearing aloof. No band can hold an audience and get people involved like they did, and keep the audience moving, without being practised and hungry for things. Dolli Demi were both of these and more. 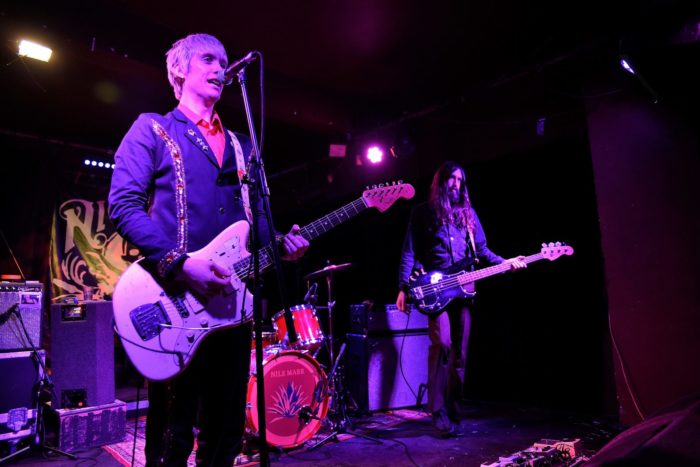 Top of the bill, Nile Marr and his band, arrived on stage. Nile greeted the audience and checked they were all having fun. They were, as they’d enjoyed two great acts. Now, it was his turn. He got the music going, with him on guitar and vocals, backed up by drummer, Aden and Bassist, Callum. From the first song there was a bond between the group and the audience, led by Nile, who kept a check on them. He and the group fed them with songs that were easy to bob along to, even if you didn’t know all the words; in turn, the audience acted as supplementary members, clapping in time, cheering and joining in with the parts they knew. There was a real feeling of togetherness and that everybody being there in the same shared space mattered and meant something. Whatever else was going on in the outside word was happening with no regard by everyone there. They’d come to get away from all that, so they could temporarily exist in a two-hour or so life, shielded by the sheer fun of live-music, under the spell of its unique magic. 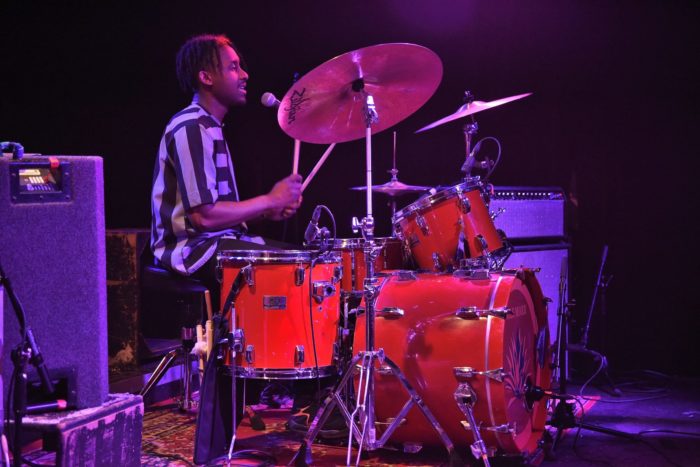 By the time the first couple of songs were over it was clear that the crowd were in the hands of a group who knew exactly what they were doing and why they were there. The songs were tight, with a synergy in the sound that is earned by practice, practice, practice. The skills shown looked effortless, but only because they were made to. Riffs that shook, bass that growled and drums that thwacked a boom into the venue were plentiful and set to lyrics that were a mix of insightful, inspirational and occasionally amusing. They were intelligent pop songs, that at times strayed from pop, laced with punk elements and rock (the power aspect of these genres), but never too far. The group created tones with their instruments that sang along with the variable voices and modes the group could rely on when they wanted to. They seemed to know just what to play, when to play it. 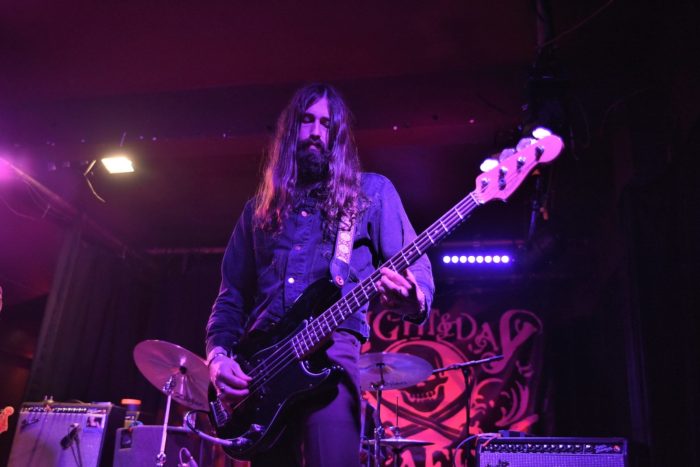 The end of the night seemed to fly round, arriving too quick, proving why clichéd sayings exist. With a superb set behind them, and an audience well and truly a part of the event, Marr had one more example to show why live gigs are so special. Shortly before the last song, he spotted a man near the front of the stage wearing a snazzy pair of cowboy boots. Marr congratulated him on the “best bit of kit on the night”, despite his own trade mark red, frilled shirt and fitted suit. He insisted upon the man coming on stage to show them off, and the owner of the boots proudly declared he’d only gotten them that day. Perhaps because he knew he’d need some dancing shoes for that show. Safe to say the boots had a great opportunity to be broken in. Then Marr and his band played the night to a close. All that for only a fiver seems the bargain of the century, and we’re only in 2019 . . . with more shows at Night and Day coming up, be sure you get out and be a part of it. You’ll feel all the better for it.  Fear not, rock and roll is alive and well, bright and bouncy as ever, you’ve just got to go and find it. Look no further than this lot, for a mid-week hit of it.

All words by Benjamin Francis Cassidy. For more of his work, visit his author profile.

Photographs by Steve Hampson. More of his work can be seen at his website

Please note: use of these images in any form without permission is not permitted