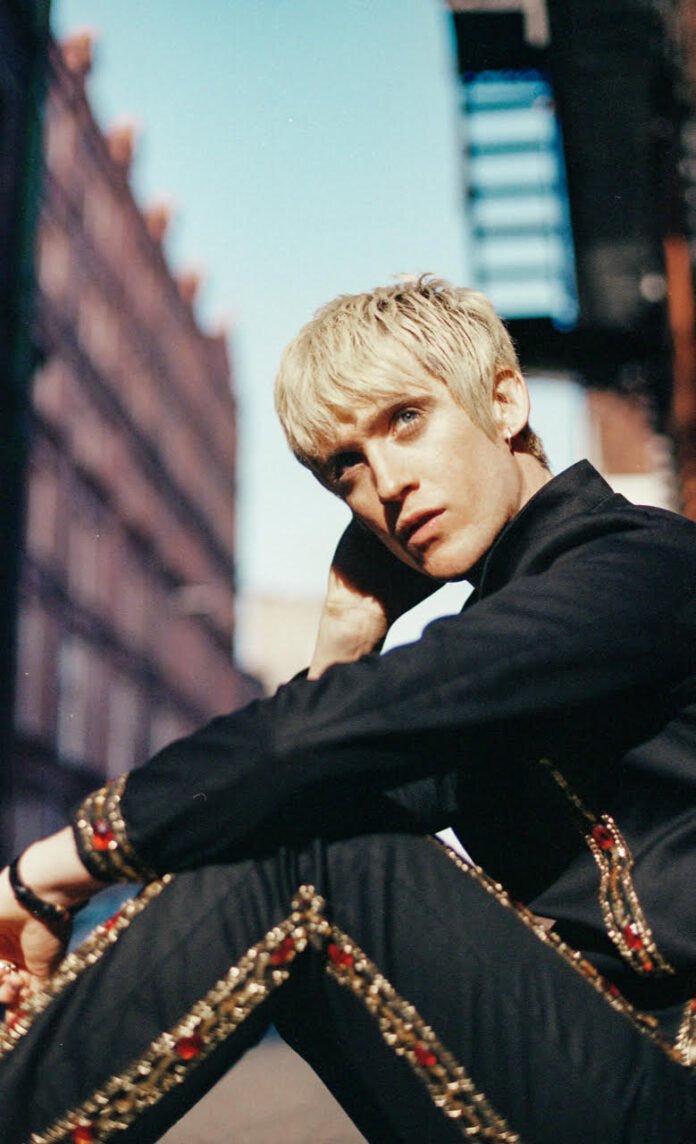 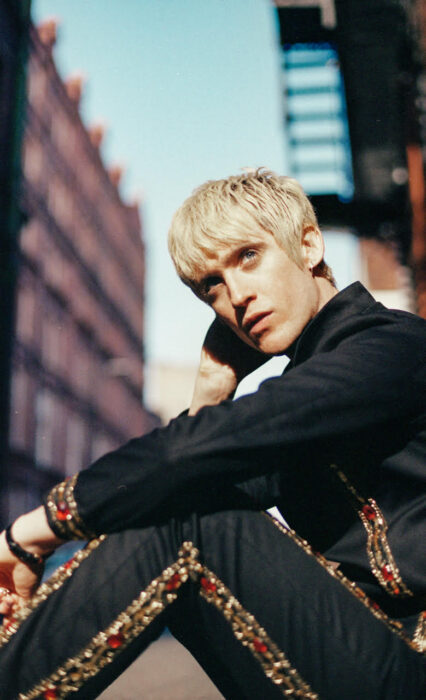 There’s local, and there’s global. Still under thirty Nile Marr has experienced both in music terms. Having played most of Manchester’s intimate iconic venues, he’s an integral part of it. He knows the music scene of his hometown like the inside of his pocket.

The opportunity to tour the world with Hans Zimmer last year was immense. Having played some of the greatest venues and performed at some of the world’s leading music festivals offered new perspective. “It’s fun getting to play massive stadiums and then play Night & Day because people don’t usually get to do both”, Nile tells Louder Than War. “You realise there’s such a value in both, they have their strengths. Having that mix is good.”

“Working with other people is great because you get to do other things”, he reflects. “At the second show I went on stage on my own, I started the intro. I know what it’s like to play at a festival, whereas, a lot of the classical musicians probably don’t know, your indie creds comes in handy”.

The touring schedule involved playing arena shows and headlining Coachella. “It was amazing, being from Manchester, to get to play a gig in front of 70,000 people, as the sun’s going down, you get a beautiful warm breeze, that goes a long way as someone from England. All my favourite ones with Hans’ show were always outdoors in America, it’s amazing because it’s dry air. You’re a million miles away from home.”

Getting the best of both worlds, Nile was part of a vibrant setting, he learnt lots, even if he wasn’t playing his own songs, he enjoyed some artistic freedom. The composer wanted him to be himself. “Those pieces of music don’t have guitars on”, he explains. “I got to do what I do on top of amazing music, it was really fun. Whereas, some of the classical musicians have regimented parts they have to play every night. But I got to write all my parts, you’re not brought on to be a session musician.”

The work with Hans Zimmer sparked off fresh ideas and opportunities. Since the Coronavirus lockdown Nile has been keeping busy working from home on music for Hillbilly Elegy, a new film directed by Ron Howard with Glen Close and Amy Adams. It’s been interesting, engaging, and writing to a brief felt invigorating, he cherished the moment and made the most of it.

“I like doing something that makes me feel like I’m doing something different. Working to a brief can be helpful creatively because you have a goal you’re trying to achieve”, he explains. “You go through phases, sometimes that will be what you’re most excited about. As long as you get results. Working in different ways is a fun exercise, it stops things from getting boring. I like working in various guitar tunings to trick my brain into thinking differently. It’s like having to relearn how to play guitar every time.”

Coming off the tour with Zimmer, Nile realised that time was right to pursue an overdue project. Written three to four years ago, he had a number of songs, deciding to go out under his own name made total sense, sooner rather than later. “It felt like the world’s gonna be in a very different place after this whole period”, he reckons. “If I don’t get these songs out now, it’s going to feel like they aren’t going to make any sense on the other side, because they came from a different time.”

Still Hearts, the mesmeric result, is an infectious and melodic EP. Released in April, it depicts the strength of his songwriting, highlighting his interests. “I like melody, that’s the most important thing, I like melodic chord changes, all of that informs my sound”, he explains. “If I suddenly came out and did a song that was fast and shouty that to me would be disingenuous. At some point you have to be honest with yourself and what you do.”

Titled Are You Happy Now? an album is due out this year too. Nile doesn’t feel his music has a northern sound. Having lived in Portland Oregon he encountered many influences and sounds. “I’ve never really listened to bands from Manchester. I know them, but that’s not part of my musical repertoire. But that being said, the sound’s different to how it was previously perceived. My musical references have root in American alternative music, played with a northern English sensibility that’s informed by the weather, the pace of the city and the mood to keep your head down.”

Literally writing the songs underground, he spent Friday and Saturday nights under city centre venue space. It was useful and productive. The fact he doesn’t drink probably gave him the edge to focus on the task in hand, while everyone was upstairs having fun, he was able to write and be creative.

“Everyone was occupied with better things to do and more interested in doing fun things. I found quickly that was my favourite time to write. If I needed to idle my brain for a minute I could come upstairs, people watch, listen to the DJs and let loose because we’re a good business to people watch. There’s a certain time where the city has a good energy, usually before people get too messy.”

The joy of playing a vital role doesn’t come without its own set of limitations. Nile is more than aware of the issues facing the industry – or the lack of industry – more precisely. There’s not enough support for young talent, many bands never experience what it’s like to have a team, people who believe in them. Oldham Street Records is a part of his and a friend’s effort to address the city’s need for its own infrastructure.

“We noticed the music industry’s becoming really London-centric again”, he insists. “It goes through waves. It’s easy to make music because of the technology, but it’s hard to find people that are willing to give you a supportive nudge, especially if you’re up north. There’s absolutely no industry here, unless you’re a massive band already, the amount of bands that are really good that will never be given help. I’m not even talking about being given money, but some will never be given someone’s attention.”

“It’s imperative we still have all these small venues”, he says. “That’s where the City Council have to step up, if they want to trade-off Manchester being cool they need to make sure it’s professionally facilitated. Everyone likes the idea of it being a music city, but they need to actually support it. Otherwise, they may wake up one day when it’s not cool anymore.”

There’s no time like the present, it makes sense for Nile to show his commitment with such honesty and passion. If there’s a reason behind his drive to help other artists and bands, it’s not hard to guess where some of it derives from.

“I’ve grown up learning about how records are made, it’s like let’s give our friends who’re creative a reason to be creative”, he reflects. “The most important thing is that you come away with art. I’m getting to the age where there’s no point complaining about a lack of something happening, no excuse for it if you’re not going to do it yourself. I’ve always had that DIY approach to my own music.”

Nile believes the city’s association with guitar music remains unquestionable, but there’s a need for new input. “That’s our cultural currency, that people who work in offices know who the Buzzcocks are, not every city in the world can say that. In that sense my sound is very Manchester, it doesn’t sound like The Beach Boys. But I suppose it’s time that the city feels ready to be associated with a new guitar music”, he concludes.