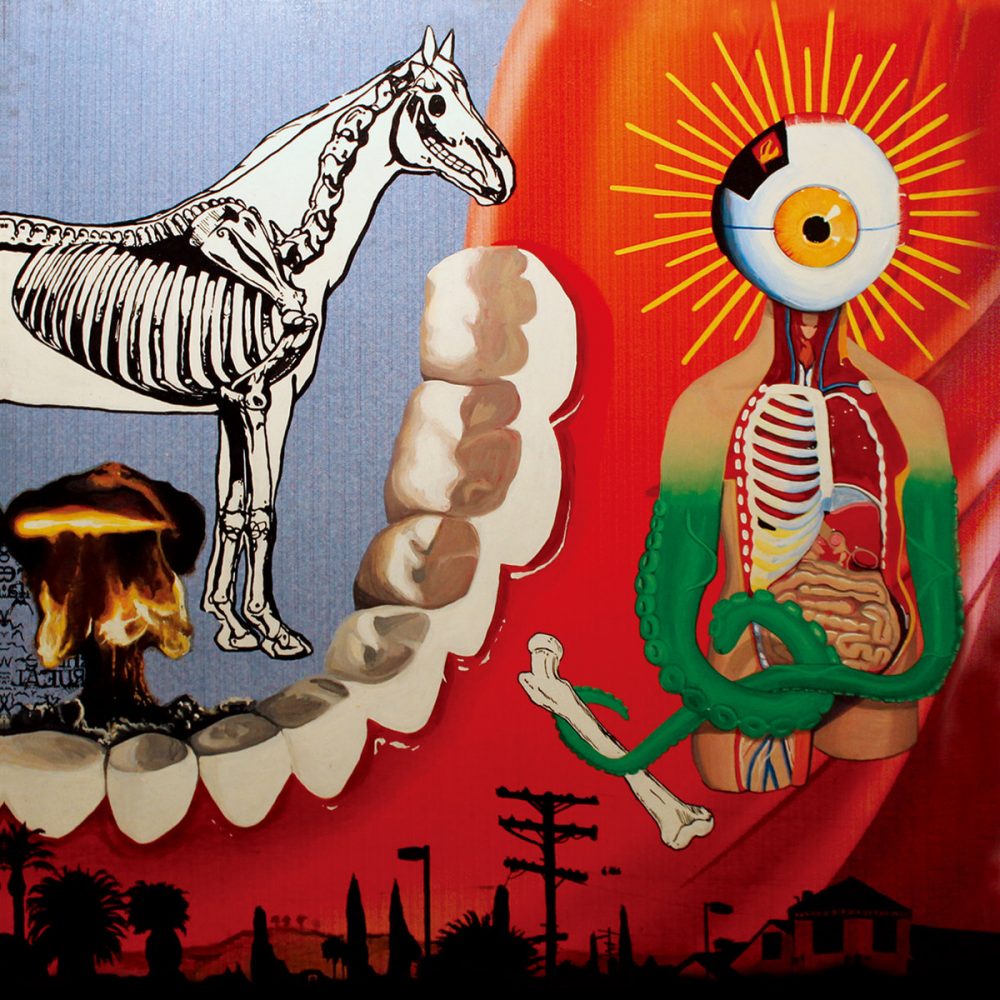 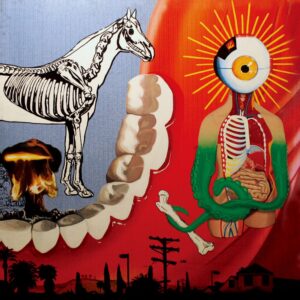 Nightmare Air; a Los Angeles based trio that feature Dave Dupuis (ex- Film School), Swaan Miller, and Jimmy Lucido who collectively have been described as “L.A’s loudest band” – The sleeve does not feature any images of the band so I was frankly dreading hitting the play button, half expecting some spandex clad cock-rock waffle to spew forth…

Prior to receiving this their debut album I had not come across them, though they boast of touring with the likes of Smashing Pumpkins, The Jesus & Mary Chain, Swervedriver and TV On The Radio; those connections suggesting that a 3rd rate Steel Panther was not so likely, and considering the album was mixed by Dave Schiffman (Nine Inch Nails, The Mars Volta and BRMC) they must be doing something right…and thankfully without spandex.

Musically, they sit within the broad shoegaze genre with a nod towards bass heavy rock n’ roll; their sound isn’t particularly inventive, it is however very effective, layers of swirling loops and fuzzy effects nestle snuggly next to the semi call and response vocal of Dupuis and Miller.

‘Escape’ opens proceedings, a strident beat, all crashing drums which contrast nicely with Millers voice which seems to float over the maelstrom in a semi precocious even nymphet style whilst ‘Icy Daggers’ has already been slated as a forthcoming single, the accompanying video features cameo appearances from The Duke Spirit’s Marc Sallis, The Silversun Pickups’ Brian Aubert and Travis Shettel from Piebald / TS And The Past Haunts; again Miller delivers the verses in a teasing style, however during the chorus we do get to hear hints of the depth of her vocal range.

’18 Days’ is in fact an old Film School track, by now Nightmare Air have fully established their musical identity; soft female vocals blending seamlessly between rhythmic patterns and bursts of semi-mechanised, and certainly sanitised industrial squall – however they drop a curve-ball during ‘Brightest Diamond’ when Dupuis takes the vocal lead, a stylistic switch to a riff based track as opposed to the more textural material works well, Miller providing shouted backing vocals amongst all the effects wizardry on offer; Schiffman is certainly fully demonstrating his ability within the recording studio. ‘Sun Behind the Rocks’ adds a slight trippy feel to all the electronics and benefits greatly from some seriously punishing bass drumming and is easily the stand-out track on the album.