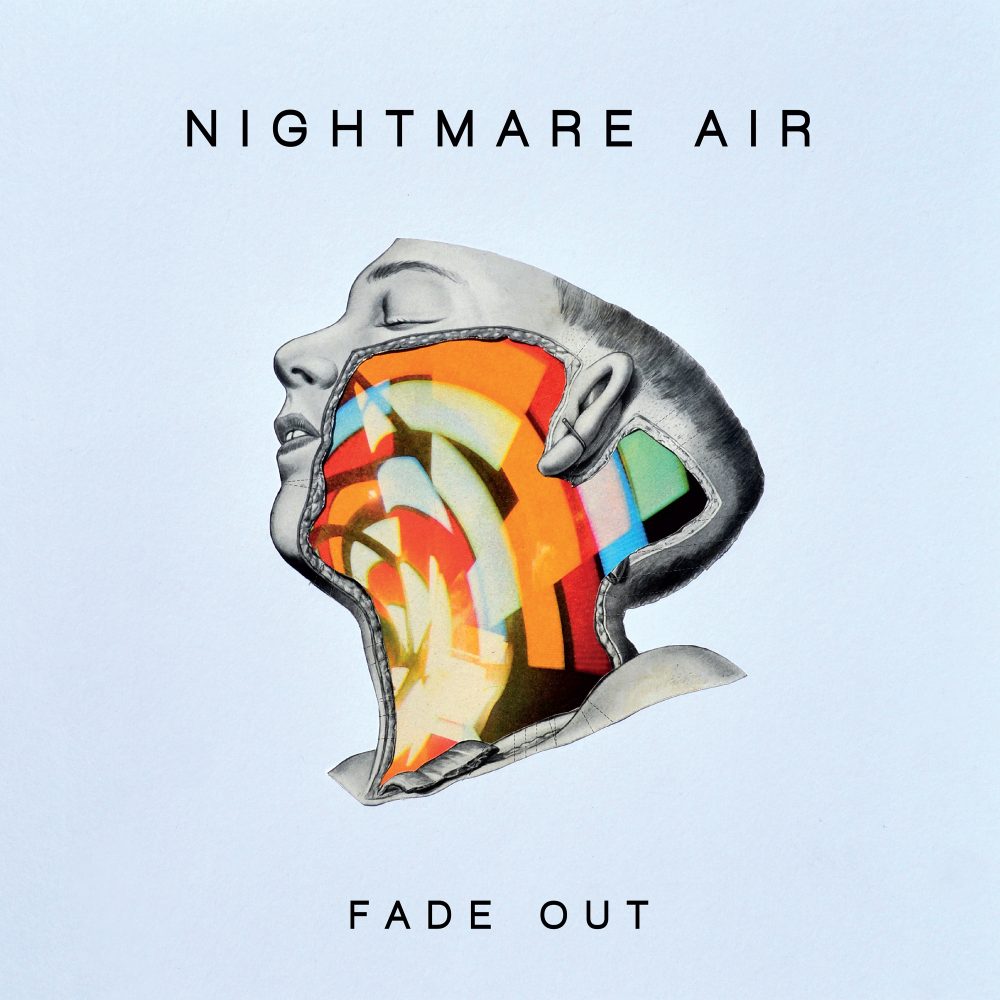 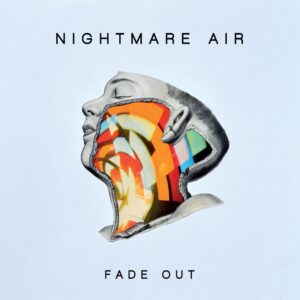 I was re-introduced to LA based Nightmare Air entirely by accident, they were the support band during recent Gary Numan dates, so whilst watching them perform tracks from this their brand new album I felt there was something familiar, so much so I reached for my phone and googled the name; turns out I had reviewed their debut ‘High In The Lasers’ way back in May 2013 (LTW Review) and was suitably impressed with their bass heavy shoegaze offerings.

Its clear Nightmare Air have been busy these last years, a quick check on their website reveals not only a switch of labels but tours with the likes of Buzzcocks (that must have been a weird gig), Ringo Deathstarr, Teenage Fanclub (another odd one), The Wedding Present and bizarrely The Cult…not to mention contact with Numan, no doubt following his recent relocation to the City of Angels.

Elapsed time also sees Nightmare Air take a slight deviation in direction, opener ‘Who’s Your Lover? is built on propulsive drum and bass riff with layers of swirling synths and Swaan repeatedly asks ““Who’s Your Lover?”, the track retains a core dreamy shoegaze vibe but has an overall warmer vibe to it, it had me thinking of Ladytron covering The Sisters of Mercy, the opening soaring synth stabs of ‘Fade Out’ are very welcome, though the track largely loses direction, despite some mangled synth noises buried too far in the mix.

‘Obvious’ is anything but, beginning all cutesy pop, before the guitars come to gate-crash the party, Swaan’s voice is fragile, with an almost juvenile resonance to it, similarly during ‘Sign Of The Times’ which has a warmth all of its own, as it sways from loud to quiet, building into a perfect pop anthem.

Guitarist Dave Dupuis handles lead vocals on ‘Sweet Arrows’ with Swaan arriving in time for the chorus, it’s all shimmering synths, and crashing cymbals sitting atop yet another solid bass delivery…sadly ‘Strange Things’ is anything but, its just to poppy, the aggression that marked ‘High In The Lasers’ distinction has been replaced with a much less welcome commercial vibe, that said credit to Nightmare Air as they have crafted an album that is almost beyond genre pigeon-holing and that cant be a bad thing.

Closer ‘Way We Fall’ is both magnificent and spoiled, it times sounding like a huge ascending section of Toyah’s ‘It’s a Mystery’ (the good bit!) with all sorts of ethereal sonic weirdness competing in the background only to be spoiled by a thankfully brief spoken word sample.

I just cant yet decide if I like the album, its frustrating me as there are elements of awkward and dark noir, coupled with flashes of perfect pop; I just wish they hadn’t gone for such a polished sound, the elements that would have drawn people to the album have been smoothed away and as such I am left wondering quite who this will appeal to, which is a real shame, as on the evidence of seeing them live, in that environment the material here is equal to anything from ‘High In The Lasers’.