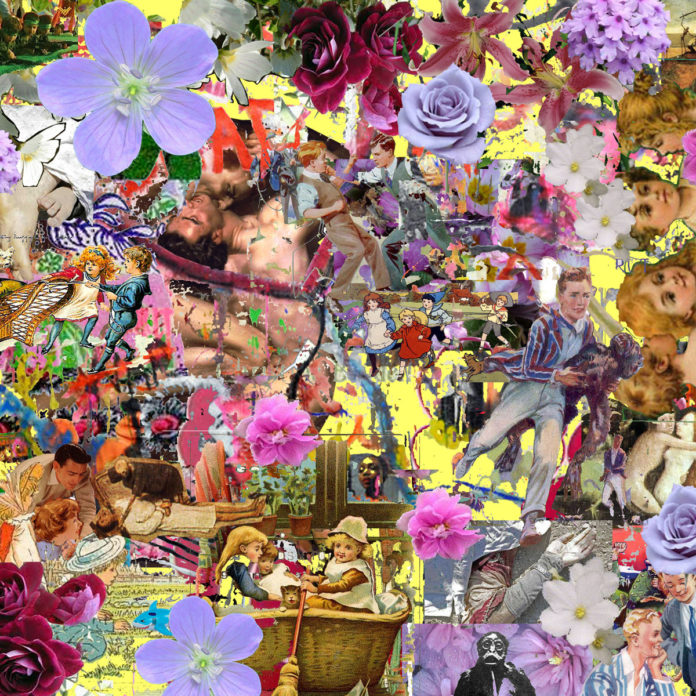 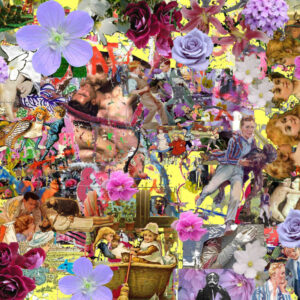 Nightingales are reissuing one of their albums on vinyl? Great, Which one?  No Love Lost, from 2012.  Which one was that?  The one that starts with..

And sounds like the Sonics colliding with the Stooges…  Oh yes. One of, if not the best, and the first one to feature Fliss Kitson on drums.

Well to be honest I didn’t think of it as offensive. I don’t think I’ve ever written or sang anything that’s meant to offend.  I thought it was poetic, as in, descriptive and funny, as in, in-your-face. And it’s the kind of thing the ‘I’ in the song might say. It’s just more colourful than most pop/rock lyrics I reckon.

I like also that bit being the album’s opening gambit and the album’s last word being ”Amen’. Hopefully the stuff in between makes up a decent picture, but all the roads that lead me there are winding, blinding.

The song in question, Ace of Hearts, has some other magnificent lyrics though;

I’m the owner-occupier of a fetid disquiet / Milking disapprobation until the cows come home..

Basically a Shakespearean way of saying ‘I’m a cunt and I don’t care’.

Music wise. the Nightingales sound lurches and rattles like the Velvet Underground and Beefheart playing in a Midlands pub lock-in. At times they sound like Happy Mondays trying to play in a Sonic Youth style. Other times it’s Prog rock in a garage!

The Nightingales have always been a difficult’ band; wilfully awkward, avoiding choruses and obvious time signatures, but occasionally just to prove they can they pull off a magnificent pop-song the single culled from the album is the obtusely romantic Someone For Everyone. They soon revert to type though with chicken-squawk-guitar and complicated rhythms…

If the music doesn’t get you then the words will. Lloyds lyrics are full of verbiage and the everyday cliche, archaic speak, jargon, slang, mixed metaphors, crossword clues, newspeak, advertising slogans, juxtaposed ideas, a steaming stream of consciousness, like warm piss splashing against enamel and heading down the drain. They can be conundrums to solve. They are playfully pretentious, poetically taking the piss and probably poppycock The man himself insists that there are ”plenty of shitty lines and piss-poor bits’ in his lyrics, as well as lines stolen from William Blake and others.

There’s a great thesis waiting to be writ about how he uses the minutiae and poverty of everyday life, the dark neurosis of the middle-aged male to construct a critique of his own obsessions and of class, sex and existence in the 21st Century UK. The conclusion would quite possibly be that “There are some really funny lines but you can never work out WTF he is on about…

I could go on (and on, and on) as I love the Nightingales but can’t quite put finger on why. Its something to do with the fact that they are outsiders and under-dogs, surly and sarky, yet intelligent and charming; unique and unrivalled and It takes a while to ”dig’ them. You have to work at it; they are not an immediate band musically (t’me any road). But if you put the time and effort in you reap the rewards,

What makes this album and this line-up extra special is a unique combination of ages. Lloyds and Apperley are into their 50’s and Fliss and Matt in their early twenties. The bass-player Andreas somewhere in the middle I guess. Youth and the wisdom of age combined. Lyrical bile and incendiary music. World-weary but ready to storm the barricades of mediocrity and boredom.

Of the thirteen sentences to say before you die
He couldn’t get his tongue around I’m H.A.P.P.Y

Its loud, its rude, it kicks like a mule, but is full of intelligence and wit, and its astounding that the Nightingales have made one of the best albums of the year. Well done underdogs!

(That was an edit of my 2012 review ….) The reissue has a wealth of bonus tracks which are all cover versions of unlikely songs by the likes of Joanna Newsom, TLC (Unpretty -above), The Lovely Eggs and two by The Troggs (one below)

The gatefold sleeve is another classic David Yates collage and this is a limited edition pressing of only 500 – It will only be available through Bandcamp, or at one of the band’s 2020 gigs next year… if there are any left.

Any profits will fund the Nightingales’ eventual American trip to support the release of the documentary film about them, King Rocker.

Cooking Vinyl -the label who originally released the album have kindly allowed the band to reissue the album themselves -showing themselves to be supportive art-lovers rather than profit-chasers greed-mongers like most labels. Kudos to them.

Basically.  I’d say that this is ‘re-issue of the year’, even though its only seven years old, it sounds better now than the day it came out.

Should you want proof-positive that Robert Lloyd is a fuckin’ genius and on a par with his contemptuous contemporaries Nick Cave, Morrissey and Mark E Smith, and the Nightingales an unbeatable band, and you only have a limited time to spare in this busy modern world we live in, just listen to track two, Born Yesterday.… the only song to my knowledge to make mention of hypohedonia and end with the line…