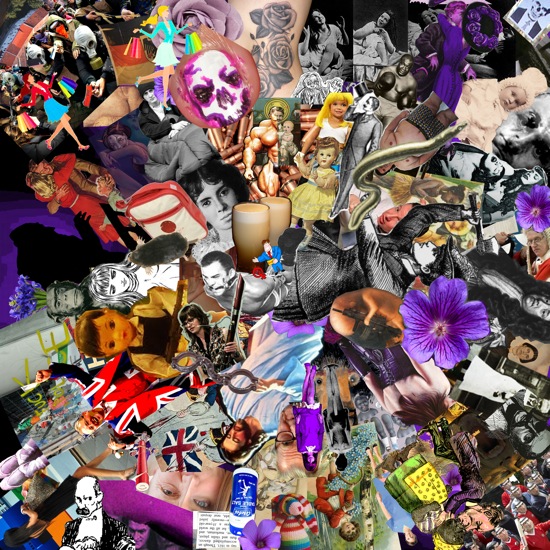 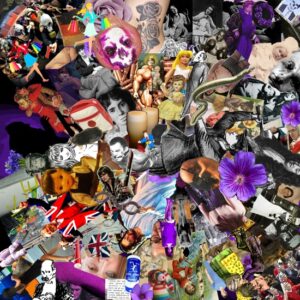 The Nightingales: For Fucks Sake (No Label – buy online)
Limited Edition Vinyl LP only
Out now

Led by the one and only Mr Robert Lloyd The Nightingales have been plying their trade for 35 years now. Some of us have been following them for most of that time, or at least since John Peel picked up on them, so a new album by the band is always greeted with celebrations at Louder Than War. It seems, though, that not all our readers agree. Ged Babey starts his review with a quote from one of them …

Reader Matt P. left this comment underneath my 10/10 review of No Love Lost by The Nightingales on Louder Than War (still available to be enjoyed here):

“I can’t believe the Nightingales are still going! Surely there can’t be anyone left who needs a Brummie version of the Fall, apart from music journalists who endlessly trip over themselves to give the band good reviews, proclaiming Rob Lloyd to be the greatest lyricist ever, even though he’s still dealing the same cliches as three decades ago.

The reason that Rob Lloyd never made it and Morrissey and Nick Cave did are many – charisma, talent and originality are just three that spring to mind.

The Nightingales are loved by journalists and John Peel (who gave them 7 sessions – not 17) apparently but he also gave Joan Armatrading ten sessions before he hopped on the punk bandwagon whilst forgetting to give the Sex Pistols and Ramones a session.

Another year another Nightingales album will get wall to wall great reviews and sell no copies. Nothing ever changes.

…and from a review by Ben Graham in The Quietus:

The missing link between Can and the Glitter band … somewhere between Jeff Beck’s Yardbirds absolutely massacring Happening Ten Years Time Ago and Gallon Drunk at their most ferocious … the Nightingales seem like some ragged, demented Salvation Army band, stripped of religion and led by a whisky priest determinedly steeping himself in sin the better to repudiate it.

And this is how arrogant I am right. Mark Perry described Alternative TV as “That art school band wot never went to art school” so when I did a preview of Nightingales I described them as Art-For-Fuck-Sake in a play on Art-For-Arts-Sake … so this is where of course they got the title for this new LP.

So, another Nightingales album for us journalists to shower with praise. It’s a good one, but a difficult one to fall for immediately. It takes a bit of work. It’s still very gristly and Beefheartian, with the odd glam rock stomp and ‘quotation’ in the words and music.

There are no real standout tracks and the loss of Matt Wood means Andreas has switched to guitar and Alan Apperley to bass. Fliss still proves herself to be the best drummer in the land (irrespective of gender).

Lloyd growls and creaks and does that strange vocal whinneying and his rhymes include “Lesbo’s wrist” being paired with “Taxidermist”. He also starts the Lords Prayer but changes it to ” Our Father, Who Art… Despicable… says Hallo, and Hallowed be his name…”.

No dead nuns appear on this album thankfully. England is dissected and His Family Have Been Informed (rhymed with the baby has just been born) is a solemn song the subject of which you can guess from the title, yet still it’s a surrealist viewpoint in which Churchill shares a bag of cod & chips with Geoff Hurst.

It’s quite a short Nightingales album, and despite its inherent quality it’s not as perfect as Out of True or as violently erratic as No Love Lost. It probably won’t win them any new admirers but will satisfy the loyal fanbase (who are not only critics).

Only 600 copies on vinyl which is presumably the number they are confident of selling or all they could afford to press. Or both.  It’s defiantly pervy, witheringly sarcastic and a welcome addition to the post-reformation canon of the Mighty ‘Gales and any band that writes a song called Bullet For Gove are on the side of the angels.

I look forward to Matt P’s pithy and inaccurate appraisal of this review and album but pity the poor man as there’s a lot of enjoyment to be had listening to the Nightingales repeatedly and he is the one missing out.

Tour dates can be found on this link (opens another Louder Than War page).

All words by Ged Babey. More writing by Ged on Louder Than War can be found at his author’s profile.