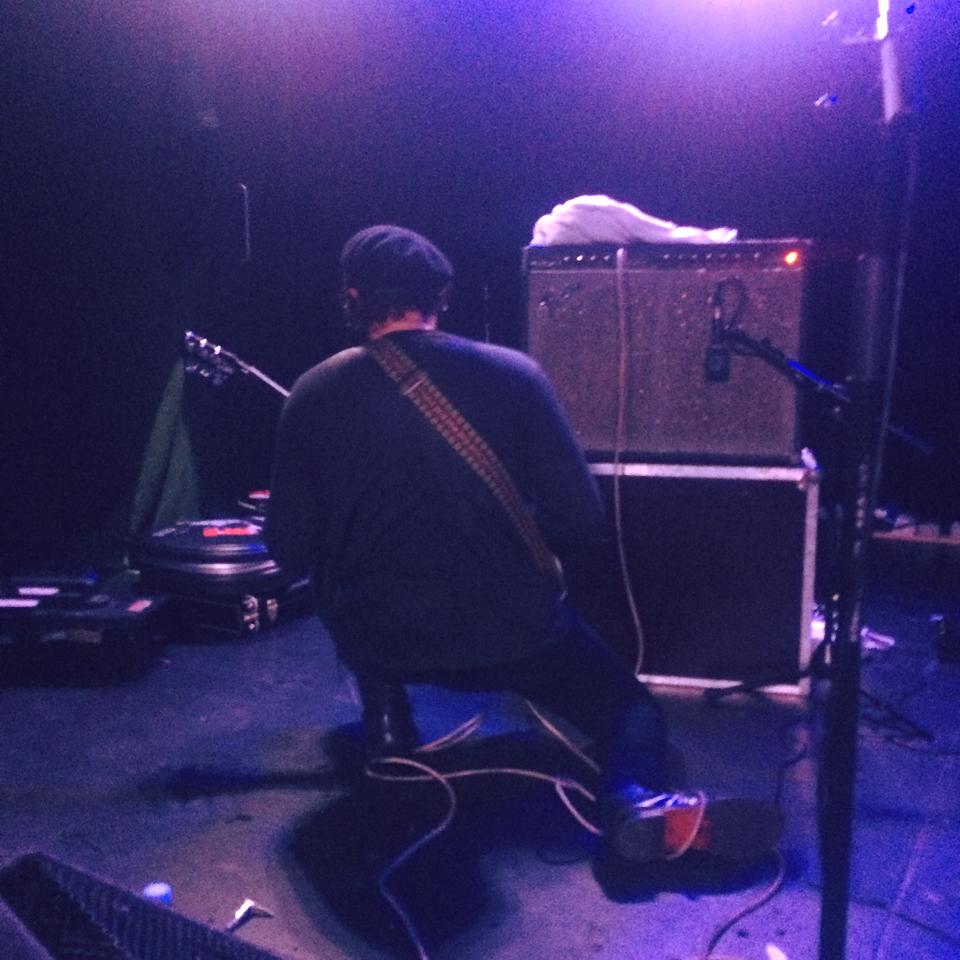 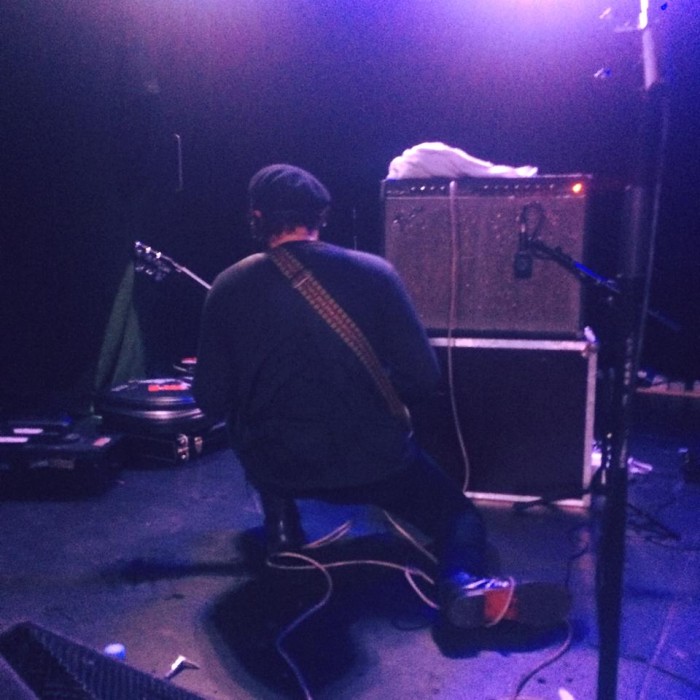 Supported by The Cult of Dom Keller and Black Cat Revue

Night Beats’ current single is an instant classic- a wired garage stomper called ‘No Cops’. It’s somewhat ironic then, that there were police officers and vans everywhere as I travelled to the Glasgow venue from Lanarkshire.  Perhaps this was just heightened Saturday night security following the terrorist attacks in France- who knows.  I’ve seen various bands at the venue, the former ABC cinema on Sauchiehall Street, from The Duke Spirit to Wilko Johnson.  All have been great gigs.  With Night Beats poised to release an absolute corker of an album, ‘Who Sold My Generation’ (recipient of a 9/10 Louder Than War review), this promised to be something special.  Unfortunately, as Scotland’s national bard Rabbie Burns observed in his poetic masterpiece ‘To a Mouse’, “the best-laid schemes o’ mice and men gang aft agley.”

Sometimes life throws us a curveball, and on this occasion our heroes were thwarted by that notorious curse of the touring rock & roll band- a clueless venue sound desk.  But back to the start of the story. I arrived too late for the first band, Black Cat Revue, a recent arrival on Glasgow’s thriving garage rock scene with a growing reputation- check out the clips on their Facebook page.

The second support band, The Cult of Dom Keller, received a warm response from the young crowd with a strong set of dark, bass-heavy songs exploring similar territory to The Black Angels, driven by a drummer who trashed the traps with the controlled fury of that band’s Stephanie Bailey. Perhaps some more variety in the tempos would have been welcome; a couple of faster numbers would have enhanced the dynamics of the set, but this was nevertheless a very enjoyable performance from a band that’s one to watch.

Night Beats’ set was preceded by a high-energy warm-up tape of garage rock classics, including ‘Searching’ by The Omens and the Thirteenth Floor Elevators’ version of Roky Erickson’s ‘You’re Gonna Miss Me’, nicely priming the atmosphere of the ABC as the three-piece hit the stage, singer/guitarist Danny Lee Blackwell looking every inch the beatnik from his black beret to his 60s-style ankle boots. New boy bassist Jakob Bowden also cut a striking figure, looking rather like The Birthday Party’s late bassist, Tracey Pew, while sporting a natty blue suit and wielding a Burns bass. Founder member James Traeger completed the trio on drums.

Night Beats kicked off with the opening tracks of ‘Who Sold My Generation’, ‘Celebration #1’ followed by ‘Power Child’, and it was readily apparent that something wasn’t right with the sound mix.  Blackwell was clearly unhappy, and he signalled to the sound desk to turn up his vocal mic, but this seemed to make little difference. The venue has a 10.30pm curfew, so Night Beats had little choice but to continue with their set.  Frustratingly, every song was hamstrung by the wretched sound mix, with Blackwell’s heavily reverbed guitar and vocals sounding like they were being conveyed via a dodgy telephone link all the way from his hometown in Dallas, Texas.

Blackwell continued to ask for his vocal mic to be turned up, to no avail. About three or four songs in, baffled by the unfolding scenario of this scorching live band being sonically neutered, I retreated to the mixing desk and spoke to the sound engineer, pointing out that the vocals and guitar were far too low in the mix. “There’s no guitar in the mix, it’s going through the PA”, he told me with a shrug. Such issues are of course normally resolved by the sound engineer at soundcheck, ensuring that the headlining act is presented in the best manner possible.

Meanwhile, Night Beats were valiantly ploughing on, serving up one great psych-pop nugget after another, drawing heavily from ‘Who Sold My Generation’. The young audience were dancing exuberantly and enjoying the songs despite the sonic amputation. ‘No Cops’- a song that should have been a set highlight- had its impact sucked out by the lack of vocals and guitar, but ‘Bad Love’ seemed to fair better. Called back for an encore, Night Beats delivered the storming album-closer ‘Egypt Cherry’, again cruelly blunted by the sound problems. This was the third time I’d seen Night Beats live, so I knew they were one of the best live bands you’ll see anywhere, and this was undoubtedly a classic set from a band hitting their peak. It’s just a shame we couldn’t hear it.

Night Beats are at the start of a lengthy European tour and its unlikely that other venues will suffer from the same worrying sound problems that the O2 ABC Glasgow displayed on this occasion. Speaking to the guitarist from The Cult of Dom Keller after the gig, I asked for his thoughts on the sound, and mentioned that his band had sounded great. He agreed that the sound mix for the headliners was poor and told me that his own band had their own sound engineer with them, which perhaps explains why their set hadn’t been plagued by the same problems.

No matter. Night Beats’ star is in the ascendant. If they come to your town, don’t miss them, and make sure you pre-order ‘Who Sold My Generation’, which is released on January 29th.