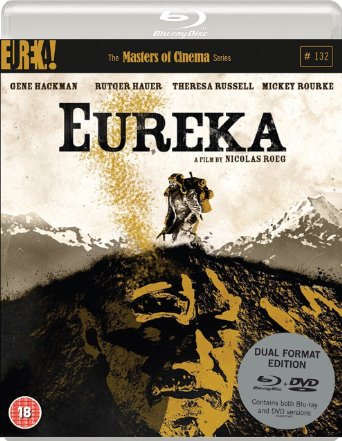 Louder Than War’s Jamie Havlin reviews an ambitious but little seen film by a man who is very likely the greatest living British director.

Considering some of the visually stunning films he has directed such as Walkabout and Don’t Look Now, Nicolas Roeg is a sometimes strangely neglected name in cinema nowadays.

Time Out did though recently name Don’t Look Now as the greatest ever British film, while Performance – which Roeg co-directed with Donald Cammell – was named seventh on the list. Danny Boyle is a huge fan, as are Steven Soderbergh and Christopher Nolan.

How many British directors today could be called visionaries? Maybe Jonathan Glazer, whose last film Under the Skin resembled Roeg’s The Man Who Fell to Earth in many ways. Possibly Lynn Ramsay too but not many names spring to mind. Roeg is undoubtedly a visionary, capable at his best of making experimental, intelligent and provocative films that often spoke to audiences beyond the arthouse but despite this, he has only a single directing credit to his name since the mid 1990s.

In addition to his obvious facility with visuals, he has also often demonstrated a real gift for risk taking – I doubt after seeing an super-emaciated and coke-addled David Bowie in the BBC documentary Cracked Actor that any other director would have decided to offer the singer a lead role in their next film but Roeg did and in The Man Who Fell to Earth coaxed the finest ever performance from Bowie on the big screen.

Made early in the decade of Greed is Good and with a screenplay by Paul Mayersberg based loosely on a book by Marshall Houts, Eureka baffled the studio execs at MGM, as well as many potential distributors and some of the few cinema goers that got the chance to actually see it during its long delayed and highly limited run.

Like much of Roeg’s work this is a multi-layered movie. Many of his trademark characteristics are on display including his use of quickfire and intriguing visual juxtapositions. Early in the film, for example, a smiling man, who is sat shoeless on a icy street blows his brains out which cuts immediately to fireworks and, later we see almost dreamlike footage of Jack, a gold prospector played by Gene Hackman, in a cavern hacking out a stream of gold while tiny flakes of the substance swirl all around him repeatedly intercut with shots of Jack’s consumptive former lover Frieda dying in the bordello she runs.

The usual esoteric Roeg ideas percolate throughout the script. At a dinner party, Jack’s son-in-law Claude Malliot Van Horn (Rutger Hauer), wears a shirt decorated with symbols from the Kabbalah and takes part in secret voodoo ceremonies (don’t ask me the connection between the two). Frieda, played by Helena Kallianiotes, appears to be able to see into the future while his wife Helen (Jane Lapotaire) – who bears a definite resemblance to Frieda – reads tarot cards. Various motifs and themes appear or are discussed: numerology, the stars, reflections, alchemy.

Over the end credits Jack’s voice is heard reciting some poetry by Robert Service with the key line: ‘it isn’t the gold that he wants so much as finding the gold’ and this sums up his life when we rejoin him twenty years after his moment of fantastic fortune, by which time he is the richest man in the world owning a opulent home on a private Caribbean island paradise.

Here, Helen is terminally bored and much too fond of the bottle for her own good while their headstrong daughter Tracy (Theresa Russell) has married a man who McCann despises and believes is a gold digger of a very different kind to himself. 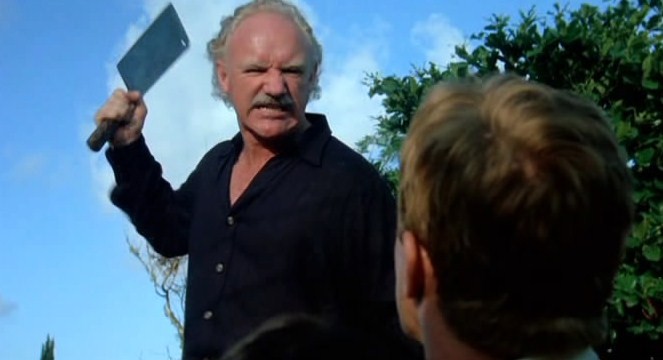 A battle rages between Jack and Claude over the affections of Tracy and problematically this is a battle where it’s hard to work out who you want to win: McCann is sometimes racist, pig-headed and prone to repeat his boastful mantra of ‘I never earned a nickel from another man’s sweat’, while Claude, is vain and lazy and worse still, a coward who fled from his native France rather than stand against the Nazis but who likes to think of himself as superior to Jack and takes great pleasure in lecturing to him: ‘You didn’t earn the gold, Jack. You took it from Nature. You raped the Earth.’

Like Hackman, Hauer is superb here and the film also benefits from relatively minor but powerful turns from Joe Pesci playing Mayakofsky, a scheming and ruthless mobster desperate to build a casino complex on McCann’s island while Mickey Rourke is in terrific form too as his lawyer Aurelio D’Amato.

There will be blood and when it comes at the end of the second act it will come in the form of one of the most savage murder I have ever seen in a film.

Sadly, though, the final part of Eureka is a disappointment, featuring mainly an extended trial that struck me as being more appropriate for a play than a Nic Roeg film. Theresa Russell, who was Roeg’s wife at the time, doesn’t pull off the impact required to make this section come alive the way the first act clearly did but despite this, I was very pleased to see the movie again and those first twenty or so minutes are as dazzling, mysterious and engrossing to watch as just about any section of Roeg’s better known works.

Extras include an isolated music & effects track, a booklet with new writing on the film and two Roeg interviews together with archival images.