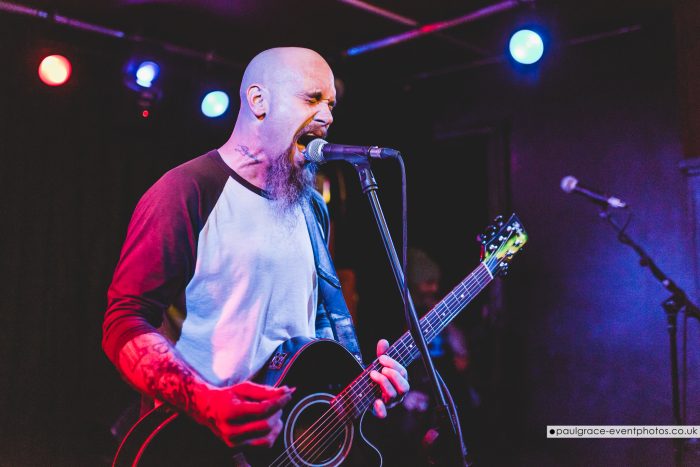 Nick Oliveri needs no introduction to fans of heavy and alternative rock. He was a core contributor to Queens of the Stone Age from 1998 to 2004, playing bass and singing backing and lead vocals on two of the band’s biggest albums, Rated R and Songs for the Deaf.

Since his departure from Queens of the Stone Age, Oliveri has both toured and appeared on-stage with Brant Bjork, Motörhead, Winnebago Deal, Masters of Reality, The Dwarves, Mark Lanegan and Turbonegro. His creative musical journey seems endless and these days he continues to rock out with his own band Mondo Generator, and among other musical projects still finds time to tour his acoustic shows.

With Death Acoustic, Oliveri promises all the power of a full-scale metal assault but packaged within the minimal simplicity of a lone singer with an acoustic guitar. I’m intrigued…

Opening tonight are post-punk Europeans Sinner Sinners who deliver an intense sharp blast during which vocalist Steve Thill spends most of the set jumping around the crowd. 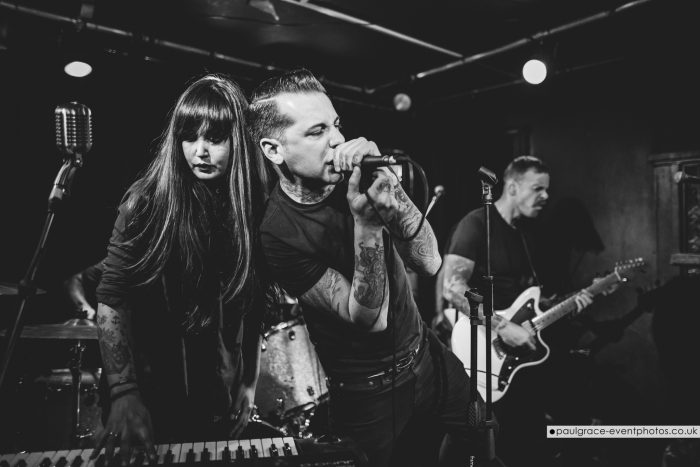 A brief pause allows Sinner Sinners to dismantle their guitars, drums and synths which get replaced by Oliveri’s lonely looking mic-stand and guitar. Without further ado the sell-out crowd greet a grinning Oliveri like an old friend and the room is full of excited anticipation.

Kicking off with a cover of Rocky Erickson’s John Lawman and heading straight into Mondo Generator’s Green Machine, it becomes quickly apparent that Oliveri’s Death Acoustic is a force to be reckoned with. His guitar strumming is fast and furious and vocals are screamed with all the passion and drive of a ferocious banshee descending to hell. Fierce!

Throughout the frenzied hour long set we’re treated to lots of familiar tunes, several of which come from his time with Queens of the Stone Age, and every song, of course, is treated to the brutal Death Acoustic make-over. The highlight of the night comes when he invites the crowd to join him on stage for Feel Good Hit Of The Summer. There’s no hesitation as the platform quickly fills with fans and in unison they all scream its infamous lyric, “Nicotine, Valium, Vicodin, marijuana, ecstasy and alcohol…C-c-c-c-c-cocaine, c-c-c-c-c-cocaine”. Fabulous! 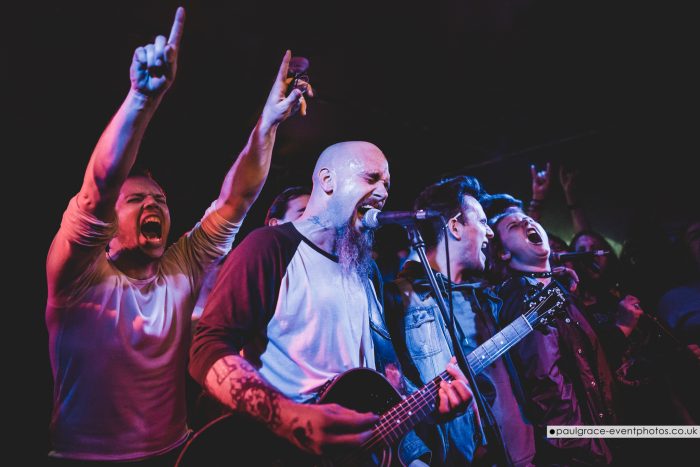 Other Death Acoustic interpretations tonight include covers of tracks by The Dwarves, Mondo Generator and GG Allin, all strummed and screamed with sincerity and soul. Oliveri is a humble guy and between songs he jokes and shares anecdotes, while at the end of the show he invites us to stick around for a drink.

Death Acoustic is an intense but fun ride and the passion with which Nick Oliveri performs is utterly compelling. A show definitely not to be missed!