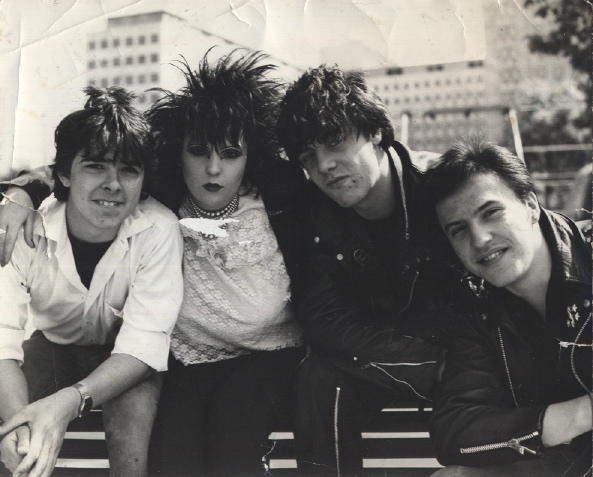 Bass-player with 1979-82 Punk-Pop band Manufactured Romance, Nick Medlin, is another to leave us in 2016. Rest In Peace Nick.

Sadly, you may have read about his death in the tabloids first.

I never met the man, so am not qualified to give a detailed account of his life. All I know is that from the social media tributes paid to him is that by all accounts, he was a genuinely lovely bloke.  He played bass in a band, signed to Fresh Records, who released one single in 1980 and an album in 2008 when they briefly reformed. ( I’m getting my information from the bands Wiki page, but do remember the single well. They sounded like a cross between Penetration and X-ray Spex without the sax, and were ‘contenders for greatness…)

He was also a stand in bass-player for 1977 originals  The Boys in 2014. They pay tribute in a news report here.

At the time of his death Nick was a prison officer on the Isle of Wight, which may seem a far cry from ‘punk rock’ but having met another punk band veteran who did the same job some years back,  who is similarly ‘ the nicest bloke I’ve ever met’, shouldn’t be a surprise or a contradiction. Someone has to do the job, and who better than someone who understands a few things about life and people. There is a great tribute from a colleague here.

It is savagely and cruelly ironic that Nick met his maker at the hands of a fellow human being who will end up incarcerated at Her Majestys Pleasure, hopefully for a long time..  I can only hope that in time he comes to realise what he has done and the devastating effect he has had on Nicks family and friends. (Or maybe he should just ‘rot in hell’, I don’t know….)

Nick should be remembered not as a victim, but (other than as a loving husband and father and friend) as a much-loved part of a great under-rated band. A punk rock hero and all-round good guy.

…and playing with the Boys

With love, respect and condolences to Nick Medlins family, band-mates and friends. (I felt that a tribute on a punk/music website was needed.)

Band picture from punkygibbon.co.uk  original photographer will be credited on request.