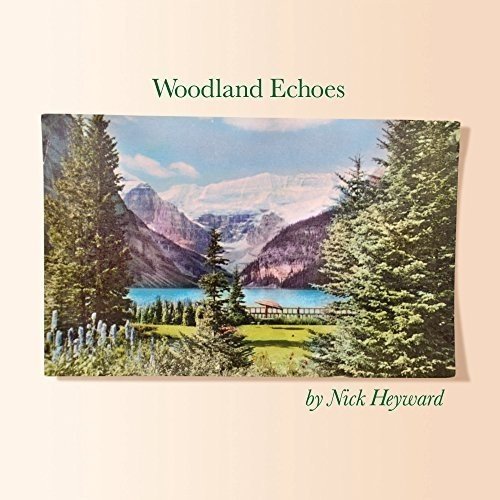 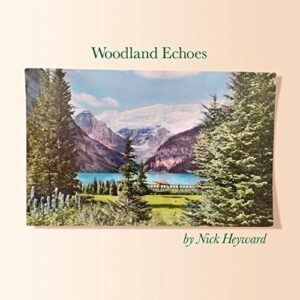 Great songwriters don’t suddenly become bad ones, they just disappear for a while. Once the songwriting gene is in your make-up it’s there forever, whether the music buying public thinks the same is an entirely different matter but if you’ve got the talent, you never lose it. Of course, this is a lead up to say that Nick Heyward was a great songwriter and still is, and on Woodland Echoes, his ninth solo album, he does nothing more than prove it.

Of course, many of us remember him as the singer, songwriter, guitarist and lead vocalist behind the funkadelic pop sensation Haircut 100. In the early 1980s, they racked up four consecutive Top 10 singles with their first four releases and gained a platinum selling debut album, and even secured an American Billboard 40 success with Love Plus One. The Haircuts split, and Heyward had success with his debut album North Of A Miracle and its four singles in 1983 then, as he famously said, ‘it’s easy for anyone to have a hit nowadays’, the hits dried up.

With Woodland Echoes, Heyward shows us why his talent was so special and that it is still something firmly within the grip of pen, paper and guitar. Album opener, Love Is The Key To The Sea has strong echoes of The Beatles, particularly their Rubber Soul period and that influence is clear to see on many tracks. The first track isn’t fast paced, happy go lucky pop, instead it’s a melodic, well-thought out piece with lovely harmonies and full of hope and dreamy intention.

The faster pace is instead saved for Mountaintop. A track influenced by Americana Country roots and featuring a Jewish Harp together with excerpts of fiddle, it’s one of those annoyingly toe-wiggling fests if ever there was one and it’s catchy, oh so catchy, in maybe the way only Nick can be. The Stars is the nearest thing you’ll hear to Pelican West but even then it’s a world away, another addictive chorus and another track pumped high to the extreme with love, love, lurrrvvv.

On the success of Pelican West, Heyward claimed he always liked to use words that hadn’t been used before in lyrics which cued references to ‘fire brigades’, ‘Toblerones’ and ‘lemons’. Once more he inserts those phrases that you may not have heard before in songs – ‘icicle gems’, ‘camomile lawns’ and ‘glitterballs’ feature along with several ‘apple’ references and it’s all harmless, uplifting stuff.

Baby Blue Sky rocks it up and the party is in full swing – all jangly guitars and repetitive rhythms, and Heyward shows why this album has the potential to bring him decent success. Arguably it won’t win over a younger audience but it will almost certainly attract shall we say, the more’ mature’ music fan and, more importantly will see him achieve some good airplay.

Woodland Echoes is a good album, and confirms why he is regarded as a songwriter of the highest order.