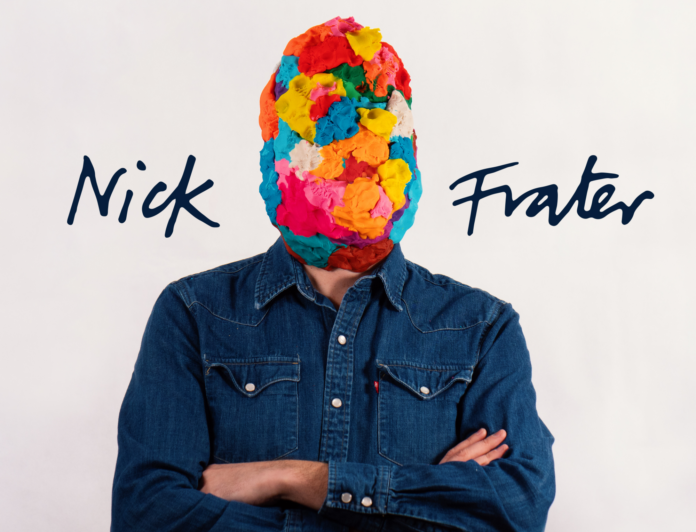 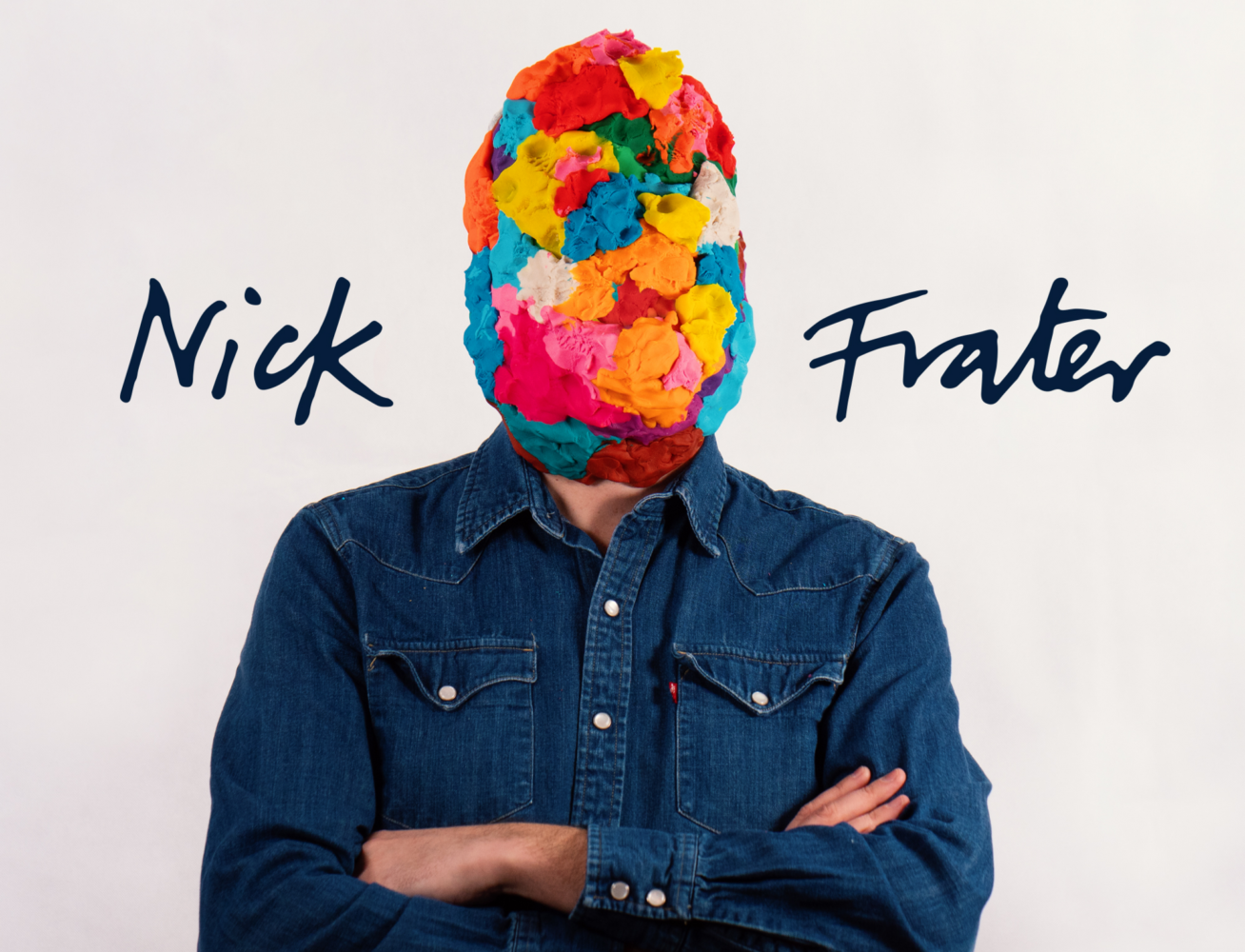 New album from Croydon’s very own pop brainbox Nick Frater, his fifth collection in total. Eleven tracks put together with assistance from members of Spygenius, the Stan Laurels and Do Me Bad Things among others….Ian Canty hears the sunny sound of Surrey in 2020, from a man not afraid to be photographed with play-doh and cellophane on his head…

One man music machine Nick Frater, based in Croydon, South London, has been releasing his material through his own Great Sheiks label since 2012. The imprint also has issued the work of The Rosemary Works, Downeaster and Whelligan among others. But his new album Fast & Loose comes under the Big Stir umbrella and is the first to make it to my ears (Yes, I find myself playing catch-up yet again). From what I can detect initially, Nick is seemingly in the thrall of the kind of “classic” pop songsmiths of the late 1960s and the mid to late 1970s, with Beach Boys, Pilot and Cheap Trick being just some of the musical reference points.

In particular he is clearly a massive Todd Rundgren fan and you can hear that in his work on this album. With all these various influences coming into play, you may well ask yourself whether that leaves any space for Nick to project his own personality into. Let us look at the contents further, to find out whether or not this is the case.

Title track Fast & Loose gets things going, an instrumental full of bold percussion and enchanting keyboard sounds that combine to act as a snappy introduction for the uninitiated. From there Let’s Hear It For Love rushes us into the pure, joyful psych pop that Nick specialises in, full of feelgood vibes and with a lovely guitar part. “All that you’ve got to show is lost in your memories” is just another bittersweet line in a lyric that deconstructs the love song with a critical eye. But in doing so it does not forget to include a mighty hook too. A cool organ line brings us into next track, the restrained power of Luna, which is underpinned by some galloping drumbeats and a stinging guitar solo.

The gentle piano and harmony atmosphere of the brief That Ship Has Sailed has the kind of feel which made me think of the Korgis’ Everybody’s Got To Learn Sometime, I suppose because it has that kind of lushness about the sound. Moonstruck follows in an endearingly slow and sleepy fashion, as befits the song’s theme, with acoustic guitar set keenly against keys, before bass and drums clicks come in to expand the musical landscape. At its end, some urgent strings herald the onset of Cocaine Girls, which comes with a melody with a real crunch to it. The song addresses the protagonist’s bad choices and a need to get away from negative influences, but when he says “giving up on good times” you know he’ll never change despite the protests. The music flows towards a very pleasing and rock & roll conclusion.

So Now Where Here is a shimmering pop gem with even a dose of garage punk in its knotty structure and wheezy organ line. This gives way to the ace chiming riffs of California Waits. It’s a long way from California to Croydon, but Nick manages to bridge the gap ably on this sunny and attractive piece, with even an accordion getting in on the act. Bells also ring out and the cool drop out hallway through is really very well done. We then move on to Would You Like To Go?, a dancing and tuneful 1960s-themed wonder that has some fine harmonies built around a piano sound. Again this is excellently realised, a real pop vision straight off the press for 2020.

The jangle of Buy You Time is cooler and relaxed, the song’s stately progress underlined by shivering strings. Endless Summertime Blues bring the curtain down with a slow and sad brass intro giving way to a tale that I think is about how beautiful things don’t last (but I could be wrong). Working its way steadily but smoothly to a breath-taking finale, the final note truly left me with a lump in my throat. Fast & Loose ultimately satisfies in being an intelligent, well-constructed album brimming with catchy pop tunes.

To answer the question we posed earlier, Nick Frater here does manage to use his influences to merely enhance his work, not overwhelm it. The sound throughout is constructed in a very careful way and though the odd homage to his heroes does slip through, he does enough to project his own voice throughout. It comes through equal parts heartfelt, self-critical, naively hopeful and slyly humourous, a real individual viewpoint. Listening to this album, his songcraft isn’t something I can doubt either, as the way that these tunes are put together is often awe inspiring in terms of their beauty. Fast & Loose is a record to savour.