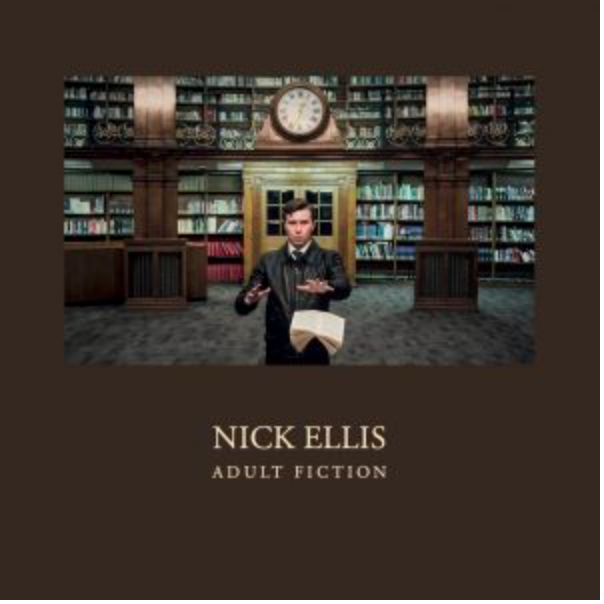 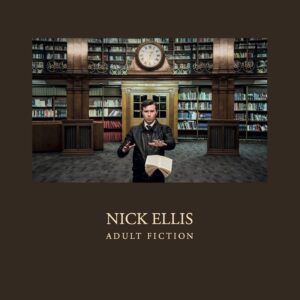 With accolades from BBC Bob Harris (“Fascinating”) and Lauren Laverne (“Wonderful”), Nick Ellis has been releasing his material to his adoring fan base since 2016. With his new album Adult Fiction released on Mellowtone Recording, this should propel him into new realms of adoring hordes of admirers.

Whilst visiting the Shiiine On festival in Minehead I bumped into Mellowtone Records at Jake Summerton’s The La’s successful photo exhibition who politely and forcibly invited me to listen to Nick Ellis. I have to admit I hadn’t heard of Nick’s Work previously, surprisingly, as I had heard his label mates Edgar Summertyme through The Stairs.

Anyways, enough excuses, and after arriving home from the festival the lads from Mellowtone kindly sent to me a primo of Nick’s fabulous new long player Adult Fiction.

I’m a big fan of folk legend John Martyn, his subtle, sublime vocal tones and exquisite guitar playing along with his timeless songs has been an absolute joy to listen to, not to take anything away from Nick and his originality, but Nick Ellis carries the same spirit as John Martyn with a freshness and originality to his material, one that is very exciting to listen to plus gets those hairs on the back your neck standing on edge through each song. Adult Fiction is a stunning release.

All Night Long starts the album off in a Shuffling, skiffle type beat, finger clicking beat with a ripe, crisp vocal give the opening number an intriguing glimpse into what the listener will get with the rest of the album.

Other highlights on album include The Blue Soul, the beautiful Clockwatching, instrumental Raga Psalm and the delightful By Your Side. With some long players, you will find an album filler, a less than full strength song, but this collection by Nick is simply a delight to listen to from the first note to the last. 2017 is closing with the birth of a true shining light for 2018 to run away with. May that be so.

You can purchase Nick Ellis’s back catalogue from Mellowtone Records site. Nick Ellis can be followed on Twitter and Facebook.