Home News Nick Cave to play solo piano and do Q and A’s at... 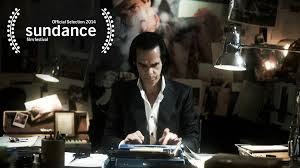 The fictitious film based around the life of Nick Cave, 20 000 Days On Earth is to be getting special screenings featuring a Q and A with Cave as well as him performing solo with the piano.
The pseudo documentary depicts a fascinating and rather made up 24 hours in the life of Cave and won two awards at the Sundance Film Festival earlier this year.

The film will be touring North America throughout the summer, with Cave appearing at screenings in Los Angeles on July both, Montreal Aug 1st, New York City Aug 4th